Assuming that it hasn't been taken down by The Man in the interim, that's a lovely video over there on the left, isn't it? Over a period of nine months, animator Steven Jefferies has created a CGI version of the city of Edinburgh, in the style of the Game Of Thrones opening titles. It's a truly beautiful thing to behold, and it's hard to see how anyone could object to it...

"So where's the Pleasance, then?"

"The Royal Mile's totally unrealistic, I can't see anyone on there with fliers."

"I thought they were supposed to have trams by now?"

...but the sort of people who could object to it are probably in the process of visiting the city right now for the 2014 Edinburgh Festival. And, inevitably, so are we. 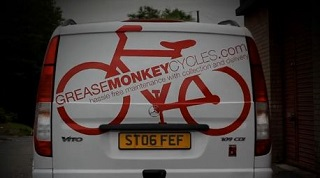 Art: After years of mooching around art exhibitions, I've finally decided that the ones I like best are the ones with a narrative thread: particularly when you get a closely-linked group of artists, and show how their personal interactions affected their work. It's something that Dulwich Picture Gallery does rather well, and last year their show A Crisis Of Brilliance - based around the cluster of young British artists that came out of Slade School in the runup to the Great War - was the best thing I saw in a gallery that year. Their current exhibit, Art And Life 1920-1931, takes a similar tack with a less stellar collection of artists than Spencer, Carrington et al. At the centre of the story are husband and wife duo Ben and Winifred Nicholson. They both paint - frequently attempting the same subject but from different angles - and if we're honest, they're both dabblers rather than fine artists, with Winifred's use of colour giving her the edge over her hubby. The funny thing about Art And Life is that although the Nicholsons get top billing, the artists they made friends with on their travels are the real focus of attention. Christopher Wood, who's a much more ambitious painter in terms of subject matter and composition: Alfred Wallis, whose naive seascapes have a curiously modern feel to them: and William Staite Murray, whose pottery has an increasing wit to it as the years go on. The weaving of their stories in and out of the Nicholsons' lives is what gives this exhibition a pleasing structure, particularly when you discover that a couple of those stories were tragically terminated in their prime. See it at Dulwich until September 21st.

Telly: Let's stand back for a second and look at the evolution of Doctor Hannibal Lecter as a brand. All the goodwill that audiences have towards the character comes from two novels in which he merely had a supporting role - Red Dragon and The Silence Of The Lambs - and the two movies made from them. The second one of those was released in 1991, and quite frankly it's all turned to crap for Hannibal since then. A terrible third book, apparently written by Thomas Harris to punish the fans for liking Lecter so much: an equally terrible third film adapted from it: a remake of Red Dragon that drained all that was good out of Manhunter just to make room for more Anthony Hopkins: and a book/film prequel that nobody even remembers any more. When they announced they were going to give Lecter a TV show as well, it was hard to see why anyone would care. But Hannibal - whose second season has just finished on Sky Living - has been a breathtaking bit of telly. Showrunner Bryan Fuller, better known for whimsical little shows about mental illness and death, has decided to show us what his worldview looks like when he drops the whimsy. Set in the period leading up to Red Dragon, Hannibal comes in at the start of the relationship between FBI investigator Will Graham (Hugh Dancy) and psychiatrist Hannibal Lecter (Mads Mikkelsen), and takes its own sweet time in revealing what we already know about the good doctor. The results are eye-poppingly violent for US TV (though apparently the absence of swearing and tits makes it perfectly suitable for a TV 14 rating over there), backed up with a staggering degree of psychological cruelty that's even more horrifying. Beautifully underplayed and ravishingly shot, the second season climaxes in a cavalcade of narrative rug-pulling that leaves you wondering how the hell you could get a third season from that. I'm incredibly keen to find out myself.