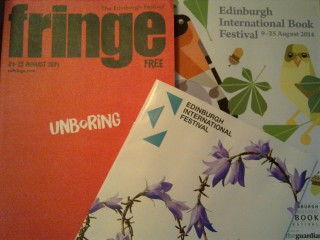 At the opposite end of the train carriage that's taking us to Edinburgh, there's a crowd of young people that bursts into a rendition of Chesney Hawkes' The One And Only every few minutes. Their enthusiasm marks them down as a group travelling up to perform in the Festival, but the quality of their singing doesn't. I feel I should try to find out which show they're in, so I can anonymously go onto every review website I can find and DESTROY THEM.

But that doesn't happen, and it's Nick who realises why: a train carriage travelling to Edinburgh on a Festival weekend contains the highest possible number of copies of The Guardian you're likely to find anywhere. So like good Guardian readers we all pretend the racket isn't happening, and concentrate on ploughing through reviews and listings to work out the approximate shape of the week to come.

We pull into Waverley bang on time and meet up with SeaPea, who's already been in Scotland for a while, as she's been volunteering in Glasgow. (“Big news from the Commonwealth Games is that I washed Bradley Wiggins' dirty knickers,” she announced a couple of weeks ago in an email that I don't intend to delete ever.) She claims to have been warned by Glaswegians that Waverley station no longer has any taxis, and initially that genuinely seems to be the case: we spend ages wandering around looking for the discreet signs to one of the temporary ranks. Still, eventually we find it, and within an hour we're re-established in our Napier University flats, which have been upgraded to wifi since we were last here. (I was raving about the quality of their cabled internet several years ago, but very few people have devices with ethernet ports nowadays, so it's probably for the best.)

We go to the shops. We have a cup of tea. The Belated Birthday Girl and I visit The Hanging Bat for a beer and a burger. And then we start. 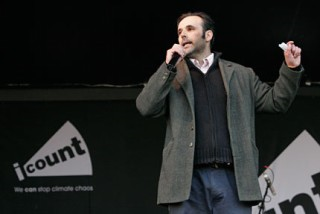 This time last year, we saw David Baddiel perform his rather good stand-up show on the perils of Fame. So there's a certain neat symmetry in starting off this year with his former comedy partner Rob Newman. When I saw Newman and Baddiel in this very city back in 1992, their show was the definition of comedy pandering, as they wheeled out characters and gags that they cheerfully admitted they'd used on telly literally the night before. Eventually they went their separate ways. Baddiel has been the more visibly active of the pair: talking about football with Frank Skinner, writing screenplays that later turn into stage musicals, and eventually drifting back into stand-up comedy. Rob Newman – who marked the transition by starting to call himself Robert more often – has always been a little more eclectic, moving his comedy into unusual but socially aware areas. Having a show called Robert Newman's New Theory Of Evolution is a good example of that.

It's worth talking a little about the venue, as Newman is performing in a new offshoot of The Stand. Stand Two is out of commission: it's an SNP office the rest of the year, and the large YES posters in its window suggest it's not available for comedy this time round, insert punchline as appropriate. So the good people at Salt and Sauce Productions have turned nearby St Andrew's Square into a new Fringe hub location, with two venues and a buzzy collection of bars and food stalls. On this evidence, the new use for the Square is an instant success: the Stand On The Square venue, less so. You'd have thought that the Assembly George Square venues would have taught people that trying to host stand-up comedy in an urban yurt doesn't really work. And yet here's Newman, trying to make himself heard over the sound of the crowd outside, not to mention the added Tattoo-related distractions of a military jet flypast and a large fireworks display.

Robert Newman still looks good, it has to be said: apart from a haircut, he seems to have barely aged in the two decades since I last saw him on stage. His show this year looks at the two competing approaches to evolution, specifically challenging the Richard Dawkins theory first put forward in The Selfish Gene. (I remember when the show was first announced, there was surprise and alarm raised in some quarters that Dawkins was being challenged at all: these days, as the Professor appears to be trying to make himself look like as big an idiot as possible on Twitter, it isn't quite as much of a shock to the system.) Anyway, according to Newman, the Darwinian take on evolution is that co-operation is what helps a species develop, while Dawkins insists that it's the competition between the organisms in the species itself that gives you the evolutionary outcome. The problem is, once you've got a species locked into such a competitive mindset, you end up with the sort of social and political mess we're living in right now.

Evolution is an interesting addition to the collection of comedy/science hybrid shows that have become popular over the last decade, most of them involving Robin Ince. But this one works in a slightly different way. The Ince shows tend to be comedy with solid scientific underpinnings: what Newman gives us here is a popular science lecture that happens to have some decent jokes scattered throughout it. This does mean it can get a little heavy in parts, particularly in a middle section that's slightly gag-free. But Newman still has shedloads of charisma as a performer, and manages to get in several enjoyable diversions from his thesis, from international variations in animal noises to the sheer entertainment value of those old see-saw railway trucks. And he's too good a comedian to resist tying it all together in an astonishingly neat fashion in the closing minutes. 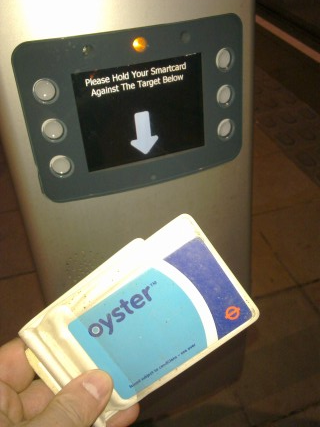 It's great that the Stand has grown over the past decade into a solid Fringe base for comedy. However, the whole area around St Andrew's Square has always been a bit of a schlep from our base in the West End, so usually a night at the Stand involves taxis or a long walk. But not any more! After years of anticipation and delays, Edinburgh now has a running tram service, and we use our trip to and from Stand On The Square to try them out for the first time. It's so unusual to finally see them in town that when I first encounter one of the tram stops, I find myself automatically looking in the wrong direction for oncoming traffic, subconsciously convinced that I'm somewhere in continental Europe.

Based on our research, the trams are enjoyable enough, apart from that bizarre bell noise that sounds like a bad sample from an eighties electropop record. And they seem to be attracting the punters, albeit more of them on our journey back, which coincides with chucking-out time at the Tattoo. Still, for several years now it looked like there would never be a tram service at all, and even now there's annoyance at how the route is much shorter than the one originally planned. Hence Bloody Trams, a piece of verbatim theatre that was quickly assembled by the Traverse in the few weeks leading up to the tram launch back in May. Cannily, they've realised that those of us who only visit once a year have also been fascinated by the saga of the trams, so they've revived the piece for this year's Fringe.

Like Robert Newman earlier on, the tone is slightly different from what I was expecting. The show's running in an 11pm timeslot, and it has the structure of a late-night revue, featuring a mishmash of songs, readings and staged interviews. The songs (featuring David Paul Jones on piano) provide at least one of the best surprises of the show: the readings demonstrate that Edinburgh's tram system has been a popular topic of discussion in the letters page of The Scotsman for several decades now. But the meat of Bloody Trams is in a series of recently taped interviews with city residents, which performers Nicola Roy and Jonathan Holt recreate on stage in sync with the original recordings being played through an earpiece.

It's a form of verbatim theatre I've not encountered before, and the results are satisfyingly strange: we get all the ums, ahs and repetitions of closely observed real speech, but presented in a very stylised way. Happily, after the initial reaction, the device becomes more or less invisible, and the arguments come to the foreground. There's been a lot of resentment over the years regarding the disruption, the lost business and the broken promises that Edinburghers have come to associate with the trams, and the play carefully walks you through the main controversies of their development. For something that's presented as a fluffy bit of late-night entertainment, there's still a lot of anger at its core – and crucially, it avoids the ending you might expect ('and then the trams started running and we all realised we loved them really'), suggesting this may still be an ongoing battle.

There's one other nice thing about Bloody Trams. In an age where Festival shows are being aimed more and more at the international audience coming in for three weeks in August and running off again at the end, this is very much a show targeted at Edinburgh residents, and the rest of us are just being allowed to watch. There are several references that went audibly roaring over my head, but had the locals in fits: and that's as it should be. For the rest of us, there's still plenty of dark comedy in the gaps between what the trams promised and what they actually delivered. It may not seem like the obvious topic for a late-night show, but it works just fine, and as a bonus the Traverse throws us out onto the street just in time to see the second Tattoo fireworks display of the day erupting over the Castle.