Reviewed today: Applied Mathematics: Spoken Word For Geeks, Off The Top, The Warriors: A Love Story. 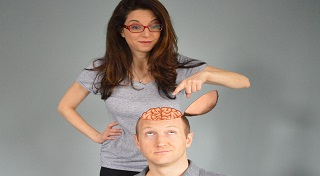 My usual metaphor for the checkout procedure at our Napier University flats – something like the last days of Saigon – doesn’t really apply this year. Maybe we’re just a lot better organised than we used to be. Because by 10am, all twelve of us have packed, emptied our bins, stripped down our beds and are ready to go, leaving our accommodation free for proper students to use. I leave only one trace of our visit in my room – a small hardback children’s biography of David Livingstone, which I received in one of The Scotsman’s copiously-filled goodie bags, but is of no use to me whatsoever. Hopefully the person who gets my flat next will learn something from it.

The Belated Birthday Girl and I are travelling light, so while the rest of the Pals head off to Waverley station to use the left luggage facilities, we’re carrying our bags around town for the day. We begin with breakfast at The Purple Pig Cafe, where the potato scone stack is a rather lovely way to start things off. And then we head to the pub for some beer, which is a slightly more disturbing turn of events. 11.40am definitely feels like the wrong time to be having the first drink of the day, but our first event is in the Canon’s Gait pub, and it feels even wronger to be there and not drinking something.

The Canon’s Gait is technically the home of the PBH Free Fringe, and it reminds us that we unfortunately haven’t had time to see Peter Buckley Hill himself in action this year, considering that he’s dropping dark hints about packing it all in after this Festival. Part of this is down to him being an old geezer, and part of it’s down to his increasingly fractious relationship with the other rival free fringe organisations. But there’s one interesting thing to note here: those clashes have resulted in many of the PBH Free Fringe events not being confirmed in time for the main Fringe programme. And that’s made the little blue PBH programme utterly indispensible to our planning this year, to the extent that our final day’s worth of events draw exclusively from its listings. Was this a deliberate plan on his part? It’s kind of a stroke of genius if it is.

The first of those events was always on our list anyway – Off The Top, one of three shows in this year’s Fringe featuring Baba Brinkman. Since we saw him last, he’s got himself married to Dr Heather Berlin, and this is a show that pools their respective talents for rap and cognitive neuroscience. Berlin first met Brinkman at a gig, and initially took a purely professional interest in what went on in his head when he was on stage. So a large part of Off The Top involves her performing a series of studies on him while he raps – looking at the things that he can or can’t do at the same time as he talks, identifying the areas of the brain used during his performance, and observing how things change depending on whether he’s doing scripted material or freestyling. It’s really Berlin’s show, with Brinkman either acting as a lab rat or heckling affectionately from the back of the stage.

Two other comedians are brought on to do short guest slots, which Berlin can then analyse to see how their brains cope with the requirements of their acts. Standup James Dowdeswell insists that he's only on the bill because of his nerdy appearance: “I know nothing about computers, but I have a face that looks like it does.” Jay Foreman does some terrific comedy songs, good enough to make me disappointed that I missed his own show. His best bit of brain-related showing off involves singing Beatles songs, but keeping one syllable out of time with the original melody.

It’s a peculiar mixture of hard science, light comedy and funky beats, but somehow it all holds together thanks to the delightful relationship between Brinkman and Berlin, who both have undeniable expertise in their own fields but are happy to playfully swap roles every so often. The chances of Berlin’s detailed descriptions of cerebral functions sticking in your own head are slim to none, but it's still an entertaining hour for all the family. 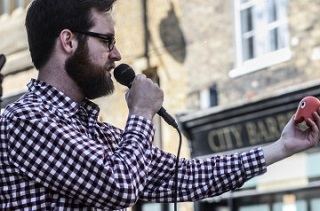 Lunch is a hastily re-arranged affair: our original plan to visit the Blackfriars restaurant around the corner from the Canon’s Gait is scuppered when we find out the kitchen is closed thanks to a small fire the previous day. Never mind, David Bann's veggie fare is as scrumptious as ever, especially when washed down with a couple more beers, these ones from Alloa brewers Williams Brothers.

For our final show, we stick with the PBH Free Fringe, the Canongate location and the general theme of nerdery. But Applied Mathematics: Spoken Word For Geeks isn’t quite the science-based show that its title suggests: rather, it’s an hour of poetry from Dan Simpson, but poetry that’s structured heavily around geek-friendly references. He’s performing in the Cortado Café’s basement, a tiny little room that only holds sixteen people, and he's visibly delighted that he has to rearrange the seating (and co-opt the room next door) in order to fit in an audience of twice that size. Not bad for a show that a) is in its first day and b) isn’t mentioned at all in the Fringe programme.

Simpson’s poetry goes into a lot of unusual areas: using topics like video games and computer programming as a framework, but somehow managing to keep an emotional edge to the proceedings, while also having fun playing around with the idea of poetry itself. A good example of this approach is Open Beta, a poem that announces itself as a beta version still under development, and prone to failure at unexpected moments. Simpson is very fond of these sorts of gimmicks, both verbal and visual: whether it's the medium the poems are written on, or the length of the poem itself (a series of very short verses introduced with a request to only clap once for each), there’s always something to hold your interest.

I’ve always thought that the final thing you see during an Edinburgh Festival visit will ultimately define your view of the whole week. No pressure, Dan. As it happens, his final poem is the eponymous Applied Mathematics, which crams a ridiculous number of mathematical puns into a relatively short love poem, getting groans from different sections of the audience depending on their level of education. It makes for a hilarious ending to our week, and you can hear Simpson reading it right here. Geek comedy may be the new whimsy, and eventually we may grow to hate it, but right now shows like this and Off The Top are an interesting development on the Fringe. 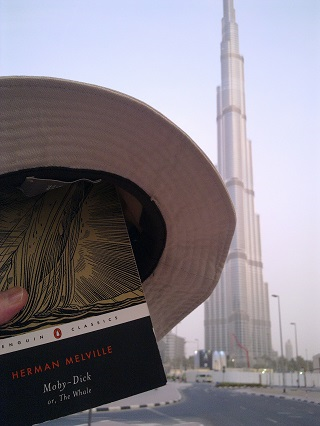 At half past four in the afternoon, the Pals and I pull out of Waverley station for the journey home. Well, I say home. Thanks to work commitments, exactly 24 hours later I’m standing in Dubai Airport waiting for my bag to come round on the carousel. I don’t want you to get the impression that every time I attend a festival now, I have to go to Dubai immediately afterwards, but what with this year’s Edinburgh and last year’s LFF I can see why you may think that.

Anyway, I’m still in Dubai as I’m writing this, experiencing temperatures that are literally three times as big as the ones I encountered last week. Plus, as you’d imagine, there’s infinitely less rainfall. So while I’m here waiting for the sun to become less terrifyingly hot, there’s time for some post-Festival analysis. (Meanwhile, post-Fest comments from Spank’s Pals can be found in the usual Postscript piece.)

It’s been a good one overall, I think. Only the BIGABI taekwondo/drumming hybrid show was really disappointing, and I don’t want to complain too much about that in case they kick the shit out of me or beat me with sticks. I think traditional stand-up comedy is starting to bore me a little bit, although you can't get much more traditional than John Bishop's sixty-minute barrage of gags, and it was nice to see Andrew O'Neill realising his potential with two completely different hour-long shows. It's the unclassifiable stuff that's stuck with me the most from this past week - the sit-down comedy of Katsura Sunshine, the lo-fi wizardry of Totally Ninja Close-up Magic Show, the welcome return of Angry Mark Thomas with Cuckooed, the aforementioned hot brain action of Off The Top. For nearly twenty-four hours, the three-man musical Thrill Me was my highlight of the week: but then a one-man musical blew me away completely, as The God That Comes effortlessly became my favourite thing of Edinburgh 2014.

Two years on, one year off, you know the rules. Nick will lead the Pals up to Edinburgh in 2015, while The Belated Birthday Girl and I will find something else to do that summer. But what will Edinburgh be like in 2016, when we're back again? Will we need passports, as the guard on the East Coast train home suggested? Will the trams be running any further out than The Stand? Will we be spending all of our time desperately searching for any comedy shows that don't involve science? I don't know about you, but I'm eager to find out. Being a monkey, and all.

The Warriors: A Love Story

Teresa - This was the sort of event I had sought all week! It was dance, cinema, play and documentary all combined seamlessly. It brought alive the horrors of the bombing of Dresden and the lives of the author's grandparents, as revealed in an old trunk. The writer even managed to be on stage and narrate the story while being part of it. If Arcos Dance appear in London, I will definitely want to see any future productions!