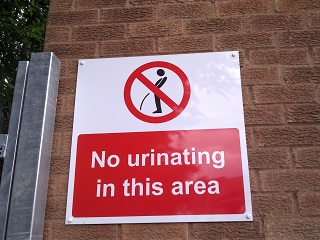 Bermondsey tube station to Maltby Street Market
Ropewalk
Want to make a day of it? Then ignore all the people starting at the other end. Get to Maltby Street Market for around 10am, and marvel at how one small stretch of railway arch can be so cluttered with tourists, trendsetters and tiny dogs. Not to mention a terrific selection of food stalls, which you can use to line your stomach before the day's business kicks off properly. There are several possible options for a pre-beer breakfast: we plumped for The Cheese Truck, vendors of huge artery-clogging grilled cheese sarnies that are perfect for hand-held scoffing while on the move. Other stalls to consider include Waffle On, Craft Coffee and Hansen & Lydersen - the latter is the least Ronseal name in the market, but specialises in Norwegian smoked salmon which you can either sample in little nibbles or carry home in a big lump.

Maltby Street Market to Anspach & Hobday / Bullfinch
118 Druid Street
When it gets to 11am, nip round the back of the market to Druid Street, and you'll be there just in time for the opening of a tap room shared by two breweries. Starting your drinking at 118 Druid Street makes more sense, as it's the odd bar out for a number of reasons - it's the smallest, the one with the closest thing to a traditional pub atmosphere, and the only one to serve its beer in half pint measures. The Anspach & Hobday beers turn out to be an early highlight of our crawl, with a tasty pale ale and a porter with a surprising combination of high flavour and low ABV. Bullfinch usually have two of their beers on the same taps, but on the day only one (the decent enough Rascal) was available. Which is a shame, as their RyePA sounded pretty interesting.

Anspach & Hobday to Brew By Numbers
79 Enid Street
By comparison, Brew By Numbers feels less like a bar and more like a proper working brewery, to the extent that you'll have to drink your beer sitting in the street on wooden pallets, just downwind from the bins where they dump all the waste products. It's the BBN house style to assign serial numbers to all their beers rather than names, so any attempt to describe what we drank will just sound like an alcoholic bingo game: 16 01 red ale, 11 05 session IPA. From this point on, all the bars you'll be visiting will be serving you drinks in 2/3 pint glasses - the BBN ones are particularly nice bits of glassware, which is presumably why you have to pay a returnable deposit on them. They'll also try to sell you bottles of many of the BBN classics, but why would you bother? The whole point of this exercise is to minimise the distance between where the beer's made and where it's ingested, so it's really draught or nothing.

Brew By Numbers to Kernel
Arch 11, Dockley Road Industrial Estate
Kernel was the first of the breweries to set up shop in Bermondsey - in fact, they used to be located in 118 Druid Street (see earlier) before they moved to these much larger premises. As the biggest and the most famous of the brewers here, they get to be the awkward buggers, specifically by opening and closing their bar earlier than everyone else. So when you're planning your route between the bars, here's an important thing to remember: Kernel shuts up shop at 2pm. Get there early enough so that you can get at least one beer in - if you're lucky, you may be able to get space at one of the large trestle tables inside, but be warned that the later you arrive the less likely that will be. Most of the stuff you can find in the shops will be here: we went for a couple of old favourites, the Table Beer and the London Sour Raspberry. If your Maltby Street breakfast is starting to wear off, visit The Ham And Cheese Co. conveniently situated next door to Kernel. Many of the people who'd got table space in the brewery were running between the two buildings and setting up impromptu picnics.

Kernel to Partizan
8 Almond Road
Once you've got Kernel under your belt before the 2pm deadline, you can relax a little: the other breweries on the route stay open till 5pm. On the day we did the Beer Mile, Partizan was celebrating their 100th brew, and had produced a special Stout Porter 100 to mark the occasion. It would have seemed churlish not to have one, really. We also tried a couple of their regular saison beers, one lemongrass, the other mango and black pepper. Like BBN, this is an indoor brewery with all the seating space outside, which could make this less than ideal if you're caught in the middle of a rainstorm like we were.

Partizan to Fourpure
22 Bermondsey Trading Estate
The last brewery (assuming you do them in this order) is the trickiest one to find, and I'm sure it's not just because of the five or more beers you'll have drunk by this stage. The trick is, once you get onto Rotherhithe New Road (as shown on the map), look out for the trading estate on your left, not on your right like we did initially. If you can see the sign for Bermondsey Trading Estate, then the map on that sign will show you where building 22 is in relation to the entrance (pretty much on the opposite side). Fourpure's building is a satisfying one to finish on: the huge stacks of cans and brewware show that you're in a working facility, but it's nicely geared up for visitors, with plenty of seating, comprehensive information about the beers on offer (we had their porter and the golden ale), and even some Scotch eggs if you've managed to get this far without eating anything else.

Fourpure to South Bermondsey railway station
From Fourpure it's a short walk to the station for trains to London Bridge and connections home. Unless you'd rather retrace your steps to get back to the tube, of course...

There are lots of variables to consider when you do something like this, of course, so check each of the brewery websites before heading out in case any of them are closed that Saturday. Other than that, go out and enjoy. But drink responsibly!

In fairness I think you should have also posted a picture of the female sign.

There is now a new brewery on the mile - Southwark Brewing Company - selling their craft cask ales from handpull, and at a decent price! (And in pints if you want them!!)

This post has now grown up into this site: http://www.bermondsey-beer-mile.co.uk