November 11th, 1989: that's exactly when it all started for me. The day when I saw my first ever film at the London Film Festival. For the record, it was Joao Cesar Monteiro's Recollections Of The Yellow House. Who would have thought at the time that a quarter of a century later, I could type a few words into a computer and watch the whole thing instantly? (Answer: Douglas Adams, that's who.)

But that 'quarter of a century' is the most important part of that previous paragraph: I've been seeing films at the LFF for 25 years now. It seemed like the sort of anniversary that needed something big to mark it, and the good people at Mostly Film have given me the opportunity to do just that. So over there you can now read A History Of The LFF In 26 Objects, a personal history of the 25 festivals I've been to so far, leading into the one that starts this very evening (assuming you're reading this on October 8th).

As ever, when I write a piece for Europe's Best Website, I like to provide additional bonus background material for it on my own site. So above, you can find a playlist of the LFF trailers that played before festival screenings, from various times over the last couple of decades. In order, they cover the years 1993-1995, 2003-2005, 2006-2008, 2009, 2010 (more of a bumper, really, although that year we also saw a more traditional web-only trailer), 2011, 2012, 2013 and 2014. It's fascinating to see how the marketing of the event has changed over the years, and regular LFF attendees should get a kick out of watching some of these again.

What's that? You're saying that's not enough bonus material for you? What more could you want? 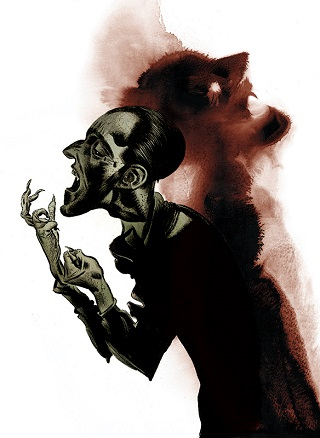 October's going to be a busy month for artist Dave McKean. A new exhibition has just opened at the British Library - Terror And Wonder: The Gothic Imagination - which uses one of his typically multi-textured images for its poster art. And shortly, he's going on tour round the country with a copy of his new film Luna under his arm, calling into Picturehouse cinemas to show the movie and talk about it afterwards.

I've just reviewed Luna on Europe's Best Website, in a piece called Luna Landscape. One of Mostly Film's regular contributors expressed surprise that McKean, primarily known for his work in comics and illustration, was making films now. In fact, McKean's been dabbling in the moving image for the best part of two decades, so this bit of Red Button bonus content brings you half a dozen video clips of things he's worked on. 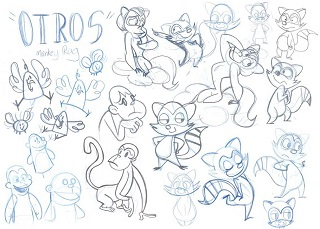 Books: I was a subscriber to Punch magazine for the whole of the 1980s - well, somebody had to be. Somewhere towards the end of that run came Hillsborough. One of the magazine’s cartoonists – I’m ashamed to say I can’t remember which one – was there when it happened, and produced some extraordinarily moving on-the-spot sketches of the scenes outside the ground, which the magazine published the following week. The response from idiot readers was that it was too soon to be publishing cartoons about the disaster, and they weren’t even funny anyway. I was reminded of this when David Ziggy Greene’s first Scene And Heard cartoon was published in Private Eye a couple of years ago, and received an almost identical reaction in the letters page. It's the cognitive dissonance I love most, as people simply can't understand how a cartoonist can do serious journalism. Thankfully, Greene has spent the last couple of years proving these idiots wrong, and Scene And Heard has become one of the highlights of the magazine, a welcome burst of lefty reportage in the middle of the public school frivolity.  Greene has just bundled together the first few years of the strip into a self-published book - seeing dozens of these things back to back just emphasises his non-judgmental attitude to his subjects, his keen eye for detail, and his occasionally lackadaisical spelling. Buy it from Gosh! Comics like I did, and you'll get this delightful bookplate included while stocks last.

Music: Whisper it quietly, but we’ve started making plans for our next trip to Japan. You’ll know the details when we’re good and ready. As part of the planning, I've started making a list of the Japanese CDs that I'll want to buy over there at extortionate prices, which are still less than the super-extortionate prices charged when you buy these things over the internet. Sure, Kyary Pamyu Pamyu is getting her stuff released digitally around the world, but she's just a special case, isn't she? Actually, it turns out the answer is no - a lot of my favourite Japanese artists are releasing MP3s of their new material on iTunes for perfectly reasonable prices. For example, the album Soil&"Pimp"Sessions released last month in Japan, Brothers And Sisters, can already be picked up in the UK legitimately for £7.99. They're still doing the Death Jazz thing, and age shows no sign of slowing them down or making them any less exciting, with Josei's hyperdrive piano riffs to the forefront this time. Meanwhile, Ringo Shiina's newie Reimport - Ports And Harbors Bureau is an even wilder ride than her albums usually tend to be: she's taken eleven songs that she originally wrote for other artists and covered them herself, careering from big band swing via drum 'n' bass to toy-pop in the first three tracks alone. It's a crazed collision of styles, and utterly intoxicating to listen to. They don't make new Japanese music easy to find on iTunes: all you can do is plug the names of favourite artists into the search and see what comes out. Give it a go yourself.

Telly: ITV has four channels now, and I'm buggered if I can tell you what they're all for. ITV4 has developed a reputation for seventies telly classics and old movies, and that's fine by me. But what is ITV2, other than 'stuff that isn't quite good enough for ITV'? And if that's the case, what on earth is Plebs doing on there? The second series of the show recently started on Monday nights, and it continues to wee all over every other sitcom currently being made in this country. The premise may seem basic - modern lads doing laddish things, just in ancient Rome - but it's had a huge amount of love and attention paid to it. It looks beautiful (it's shot on the same Bulgarian studio backlot used for Spartacus), and the interplay between the characters is directed with the verve of 1930s screwball comedy. The counterintuitive use of reggae classics on the soundtrack just adds to the fun, and I've no idea why. Anyway, there's still plenty of time to catch up on the ITV Player before watching the rest of the series live, assuming you're reading this on the 1st.