MOSTLY FILM: Too Hot For TV! 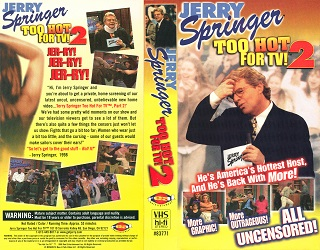 Let me give you a little glimpse of how things work behind the scenes on Monoglot Movie Club, my overly-long-running feature for Mostly Film. As you may be aware, it's largely a by-product of the international travel required by my Moderately Responsible Job In The Computer Industry. I'm usually in a new country for no more than a week or so, and during that time I try to make it along to a cinema to see a couple of local films. I usually jot down a rough review shortly after coming out of the movie, and these notes eventually get reworked into a piece for Europe's Best Website.

Except sometimes, those reviews never get past that initial rough stage. Maybe I haven't seen enough movies in one country to justify getting an entire article out of them: maybe there just hasn't been a publication slot they can fit into. Either way, I've had a few sketchy reviews sitting on my phone during 2014, and was half-wondering if there was a way in which I could get to use them. When current Mostly Film editor Mr Moth put out an emergency call to contributors last week for content, it resulted in not only this great bit by CaulorLime on the horrors of Chinese television, but also the opportunity for me to finally get around to publishing those reviews.

The result is Too Hot For TV!, the title intended as an acknowledgement that this is basically material that I'd previously rejected as not being quite good enough for primetime. But I've tidied it up quite a bit, put a touching childhood memory at the start and an obscene insult to the reader at the end, and I think it's worth your time now. And as ever, I've got some Red Button backup material to accompany it here.

The good news is, all of the films I reviewed in the piece have international trailers that include English subtitles, so you don't need to struggle like I did to understand them. To start off with, here's Aikuisten Poika, written and directed by Juha Lehtola, and released in Finland last August. For some reason they don't want the video to be embedded, so you'll have to click on the link below to open it up in a separate page.

Next we have Clownwise, or Klauni as they called it in the Czech Republic when it was released there in November 2013. (I saw it in Finland in May this year.) The director here is Viktor Taus, which I mention because it's only just occurred to me that I didn't credit any directors in the original Mostly Film piece.

Best of the three, as far as I'm concerned, is Kesäkaverit by the Niemi sisters (Juuli writes, Inari directs). As with Aikuisten Poika, I saw this in Finland last September, at the Finnkino Sello in Espoo just outside Helsinki.

In the piece I also mention Sherry Hormann's 3096 Days, whose trailer only gives you the faintest hint of how terrible the acting is throughout. It's been over a year since I saw it at the Finnkino Kinopalatsi, and despite all that English dialogue there still doesn't seem to be a UK release planned in any form.

Finally, I wrapped up the Mostly Film piece with a video of a song by PMMP. Their name sounds like a sound effect from a Johnny Fartpants strip, but it's actually made up of the initials of the two group members, in an attempt to make them sound a bit like a Finnish ABBA. If you've got a couple of hours to spare, here's a crash course in Paula and Mira's musical career, consisting of a playlist of 33 songs.