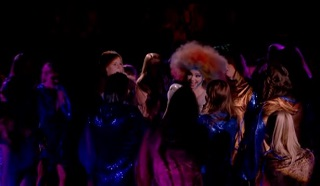 I won't lie to you: things were a little bit quiet at the London Film Festival this year, at least as far as my Pals and I were concerned. Regular correspondents like The Cineaste and Lesley couldn't make it along, for various reasons. Several of the Pals came along to a few movies each, notably both Carolines, Clifford, SeaPea and Stephen: it was delightful to see them there, and thanks to them all for joining us. But as far as the online coverage of this year's festival goes, it was just down to The Belated Birthday Girl and myself.

Nevertheless, at the time of writing it's now a solid fortnight since the festival ended, and you've no doubt been desperate for some sort of one-page summary of the best and worst bits of it. So here it is. 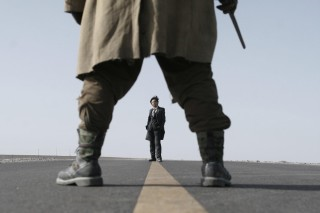 Before I give you my thoughts, here's The Belated Birthday Girl with hers. I suspect there may be some degree of overlap between our opinions, so I'm just pasting them into this space in the page after I've written my section - I'll find out afterwards how much we have in common, or not...

Bubbling under:
1001 Grams, Captivated, Margarita With A Straw, War Book, Why Be Good?

Another pretty good year for the films I saw at the LFF, with a good third of them pretty darned good, and only a small number disappointing enough to mention. The top 3 were each excellent in very different ways, but in the end I decided to go with No Man's Land for my top film, because of its well-crafted story and the fact that it was just a lot of fun. And without giving anything away about the ending, let's just say I found it a refreshing way to conclude.

The 2 special mentions are both for archive films I don't feel able to compare against the general festival. The Goddess was just a really special occasion, with the live orchestral accompaniment, while Guys and Dolls is simply one of my favourite musicals of all time, and definitely one of those "comfort films" you go into knowing you are going to have a good time.

Of the 3 I decided to call out as disappointing, the only one I want to say more about is Kanako. I was especially disappointed by this one, not just because I have liked other films I have seen by the same director, but because it started out so well. And it was the only Japanese film I chose to see this year. But by the end it was just nastiness for nastiness' sake, and it didn't come to any sort of satisfying resolution.

2014 was also another year where I watched a lot of documentaries and a lot of archive: these seem to be two categories I watch more of in the LFF than the rest of the year. I definitely missed Clyde Jeavons, and am grateful for his and his team's work on the archive section over the time I have been going to the LFF. But based on this year's programme, he seems to have left it in safe hands, just as long as they are allowed to continue their good work and the archive section doesn't get further buried or sidelined. And the strong strand of documentaries provided 2 of my top 5 (and one which only narrowly missed out), as well as including several other films which I would dearly have loved to see if I could only have fitted more in.

One other thing to mention is that we had a pretty good hit-rate on filmmakers attending the screenings. One highlight in that vein has to be Donnie Yen, a serious A-lister, although maybe only to a certain audience outside of Hong Kong. It was slightly marred by the poor sound quality of the Q&A, but Donnie himself overcame that and was a real treat. The other big highlight would have to be Edwyn Collins and Grace Maxwell, as lovely and real a couple in the flesh as in the film, with a musical performance as a big bonus. But several other filmmakers' appearances greatly added to the pleasure of the film: Jeremiah Zagar with Captivated, Warren Ellis with Tender and Phillip Bartel with Dear White People, to name just three. The chance to see the filmmakers with the films is definitely one of the draws of the festival for me, and they seem to be doing a pretty good job of that. 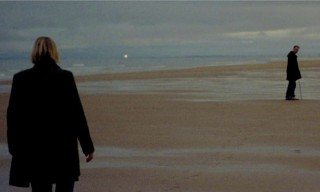 Back to me again. Here's a list for you:

That's how the 34 films I saw this festival broke down, according to the programme category system that I'm just about getting used to after three years. I appear to be a fan of love, thrills and talking about them, if this list is anything to go by. So let's talk about what I loved and what thrilled me this year.

It turns out that LFF programmer Stuart Brown called it as early as October 11th: he introduced The Possibilities Are Endless as "the best fuckin' film in the festival," and he was absolutely right. Edward Lovelace and James Hall's documentary goes on general release any day now (November 7th), and my main concern is that people will assume that it's only going to be of interest to fans of Edwyn Collins and his music. But the story of how Collins recovered from his massive stroke back in 2005 is universal: Lovelace and Hall's impressionistic approach makes you feel every step of the recovery along with him, from the initial terror of losing everything to the painstaking rebuilding of his ability to communicate. It's a magnificent piece of work, and if it's showing anywhere near you, you should beat a path to the cinema to see it.

Quickly running through the rest of my top five: Captivated: The Trials Of Pamela Smart has already had its UK TV airing on Sky Atlantic, but they repeat their original documentaries regularly, and this one has plenty of smart things to say about the influence of rolling news media on the events they monitor. War Book is notable for getting stupendous amounts of tension out of nine people sitting in a room, talking about something that isn't even happening. Kung Fu Jungle takes the best elements of classical martial arts cinema and finds a way of making them work in a modern cop drama. Finally, The Satellite Girl And Milk Cow is hilarious but jaw-droppingly inexplicable on paper, which is presumably why they made a film of it.

I never like to dwell too much on the films I liked least in the festival, but my bottom five fall into two broad categories. Black Coal Thin Ice, Girlhood and Listen Up Philip each suffer from having a massively unsympathetic protagonist - if you don't even care enough about the main character to want to see them fail, you lose interest in a film very quickly. By comparison, my other two least favourites - Near Death Experience and The World Of Kanako - have lead characters whose charisma outweighs their personal flaws, but can't sustain their stories for the entire running time. (NDE starts poorly but has an excellent ending: Kanako has precisely the opposite problem.)

Anyway, on the whole my 26th London Film Festival was another fine one. I did wonder if, at the end of all this, I'd find myself thinking "I've been doing this for a quarter of a century now, it's probably about time that I stopped." But I'm not. Seeing unexpected films in the presence of the people who made them, and in the company of people I like, seems to me like a fine way of spending a couple of weeks at the start of the autumn, and I think I should carry on doing that for as long as I can. Being a monkey, and all.