Home Archives/Categories About Me RSS Feed Mailing List Email
Chasing The Kerstman: Christmas In The Netherlands, 2013
Living For The Weekend: A 2015 Diary By The BBG 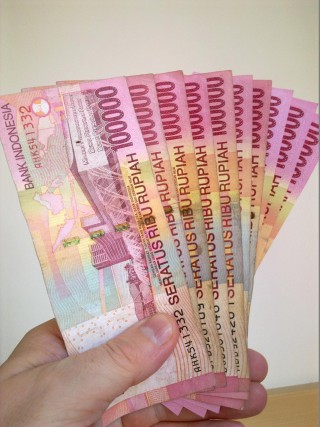 You could argue that although my Moderately Responsible Job In The Computer Industry gets me out to exciting places, it's generally the same few exciting places. For the last couple of years, international business travel has usually meant Scandinavia, plus one or two trips a year to the Middle East. But once in a while, my work schedule throws me a curveball, and last month's visit to Indonesia definitely counts as one of those. The chance to spend four days in a country that I'd never visited before, plus - inevitably - the opportunity to catch a couple of movies for reviewing purposes.

Over on Mostly Film, you can now read Jakarta The Unstoppable Sex Machine, the seventeenth episode in the ongoing series Monoglot Movie Club. (Yes, you're right, it's a bloody terrible title, partly inspired by my being here the night before I flew out.) The usual rules apply - I watched a couple of the local movies, and attempted to engage with them as best I could without the benefit of speaking the language. Meanwhile, over here in the bonus Red Button content, I'll tell you a few things about the overall experience of travelling and working in Indonesia.

First of all, I had to get there. As far as I can see, there's no direct route from London - all the best flight options involve changing planes somewhere in the Middle East. It was a tossup between flying Emirates, Etihad or Qatar, and in the end the third one of those turned out to be the most convenient. It's been a couple of years since I last flew with Qatar, and their fleet has had a rather swish overhaul in that time: sadly, along the way they've lost their old flight safety video, memorable for one of its actresses having the most delightfully natural reaction to the oxygen masks dropping. Another major development in those couple of years is the refurbishment of Doha Airport - it used to be a field full of portakabins linked by buses, but now it's one of those insanely overdesigned palaces that we stereotypically associate with the region.

By comparison, Jakarta Airport is a bit tatty, but with plenty of charm. (Doha's got too much bling to have any time for charm.) I was a bit nervous of the whole immigration process, mainly because the web is full of conflicting reports of what's required. So let's add another conflicting report here. If you're coming in from the UK (or a variety of other friendly nations) for a short stay, whether it's for business or pleasure, then you can buy a 30 day visa on arrival at the airport. It's best to pay cash, and the preferred currency is US dollars, so pick some up before you leave - you'll need 35 of them, as the visa price went up in the summer of 2014. The counters at the airport are confusingly labelled, so here's the trick: pay your money first, then take the receipt to the counter to get your visa.

Once you're past immigration, the next worry is taxis. Everyone tells you that the majority of taxi firms in Jakarta are massively bent, and your best bet is to go for Blue Bird or one of their related companies, as they have the rare combination of both licenses and meters. That's as may be, but watch out for those related companies. As soon as you get out of baggage reclaim, the first taxi desk on your right is labelled Silver Bird (the enhanced service), but if you're not paying attention they'll book you into a Golden Bird car (the premium service) instead. I ended up paying three times the usual rate to get into town, a horrifying HALF A MILLION RUPIAHS. To be fair, given the ludicrous nature of Indonesia's currency right now, that's only twenty-five quid for a swish half hour car ride from the airport to the city. But if you're not on expenses, move a little further into the airport and book a normal Blue Bird car instead.

I stayed at the nicely-refurbished Ibis Jakarta Kemayoran, a handy few minutes walk away from my work location. Well, that's how it looked on the map, anyway. In practice, it took a lot longer than that, because Jakarta is not a city for pedestrians. Pavements are frequently missing or in poor repair: the ones in decent nick are invariably used as impromptu car parking spaces: and the crossing points on the roads are completely ignored by the cars and motorbikes that roar through them at high speed. After my first day I wondered how the hell anyone ever crosses the road here: a bit of web research revealed I wasn't the first to ask that question. I can't come up with a definitive solution to the dilemma for you, other than the traditional one of finding a local pedestrian and using them as cover.

It might just be simpler to flag down a taxi and get them to drive you to the other side of the road. They're certainly cheap enough, though you never get used to seeing five-digit fares appearing on the meter, and forgetting you have to divide them by twenty thousand to get the figure in pounds. (For example, the flag fall is IDR 7000, or around thirty pence.) Again, for safety's sake stick with Blue Bird - they have ranks outside all the major hotels and malls, and everyone knows they're the best, which is why the guy who approaches you in the street offering a cab is almost certainly not Blue Bird.

I used Blue Bird taxis for the two research trips documented in the Mostly Film piece. Salah Bodi was showing at the Atrium XXI cinema in the Plaza Atrium mall, which has the same blend of tattiness and charm as the airport. I had my best meal in there, a bowl of katsu and noodles at chain restaurant BMK with a mineral water, that cost about £1.50 in total. The Atrium cinema is also part of a large chain, notable for a website with the most infuriating number of pop-up ads possible. (For God's sake, don't click on anything inside that page.) The Grand Indonesia mall and its accompanying Blitz Megaplex (where I saw 7 Hari 24 Jam) is a huge glitzy affair on a par with the most luxurious malls of the Middle East, but be careful if you fancy having dinner after a movie: all the restaurants close at 10pm, and you may end up having to make do with a sandwich at the Djournal coffee house. (A sandwich and tea costs four pounds, by the way - as ever in Asia, you pay a premium for the supposed luxury of Western food.)

I sound a bit grumpy about my trip, but I shouldn't be. Apart from that naughty bit of misdirection by Golden Bird, nobody tried to rip me off in Jakarta, and all the locals I dealt with were really nice. Heck, the cinema staff all bow to you as you leave the auditorium. Why don't Cineworld try that here?