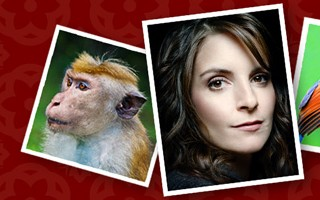 Movies: At some point in the near future, Mostly Film will publish the 20th episode in my long-running series of massively uninformed foreign film reviews, Monoglot Movie Club. But it won't happen until I go somewhere foreign and watch some more films. I was in Dubai again a few weeks ago, but the two Egyptian movies I saw there weren't really interesting enough to warrant a piece on their own, much less a 20th anniversary one. So let's burn off those reviews here. Regatta, despite the title, has nothing to do with boats: it's the name of the leading character, dabbling in petty crime to help buy passports for his family, only for his whole world to collapse when a bit of carelessness on his part results in his mum being thrown in jail. It's one of those plots which would cease to exist if everyone just calmed down and talked to each other, but the holes are still plainly visible despite everything being performed at screaming pitch. It's not helped by some careless technical flubs - at one point Regatta hugs his mother, and the impact of him against her radio mike nearly blows out the cinema's subwoofer. Youm Maloush Lazma, meanwhile, is even more formulaic and even less subtle: it's a comedy set on the day of a wedding, where most of the farce derives from a jilted ex-girlfriend whose every appearance on screen is literally accompanied by the music from Psycho. The biggest surprise in this one is the way a subset of characters remove themselves from the main plot towards the end to go off and get stoned. It turns out that I do understand some Arabic after all, as long as it involves words like 'hashish'.

Music: There are several reasons to love The Unthanks for what they do, but here's one you don't hear very often - they're brilliant at choosing support acts for their live shows. We first caught them back in 2007, when The Belated Birthday Girl was even more impressed by Devon Sproule's opening set: and to this day, if we're honest about it, she still feels the same way. At a subsequent show, we were both rather taken with New York singer-songwriter Jaymay, although we haven't been keeping up with her post-Autumn Fallin' work as much as we should. Flash forward to the Unthanks' triumphant London show at the Roundhouse just a few weeks ago, and we were delighted to see the tradition being upheld when The Young'uns came on first, and immediately stormed into a perfect acapella cover of an eighties folk classic. With a smart mix of traditional tunes and sharply focussed original material, and some fun chat in between, they made for a rather terrific curtain raiser. Sure, half an hour later, the Unthanks themselves were performing the full-length version of Mount The Air WITH ADDED CLOG DANCING, and no support act could possibly compete with that: but The Young'uns had a bloody good go. Their new album, Another Man's Ground, is coming out on April 26th, and has already been pre-ordered by me, don't you worry.

Theatre: It's a sign of the times that if you go to the cinema now to see one of those broadcasts of a live performance, you'll have to sit through 20 minutes of trailers for future broadcasts of other live performances - they've become a surprisingly lucrative revenue stream for cinemas, attracting people who wouldn't normally go to the movies. Like, for example, the old biddies sat behind us at Maxine Peake's Hamlet last week, grumbling throughout the adverts about how loud they were. Hamlet's actually an odd example of the live broadcast phenomenon: filmed during one of the performances at Manchester's Royal Exchange back in Autumn 2014, it's taken six months to reach cinemas. During that time, you can tell that some care has been taken with the editing, with some jolting shifts in perspective added by a sparingly-used overhead camera: it's presented more as a film than as an attempt to recreate the live experience, with no audience applause at the end of each act. Peake is as extraordinary as they say, in another collaboration with director Sarah Frankcom after 2013's The Masque Of Anarchy: and without wishing to give too much away, that's a partnership we should be revisiting here later this year. But some of the other gender-flipping in the cast is equally impressive, with Gillian Bevan's Polonia a particular highlight. You may still be able to catch Hamlet at a cinema near you, if you're lucky: the same also applies to the stunning Mark Strong-led production of A View From The Bridge, which we were lucky enough to catch in the flesh last week.  (The BBFC is currently attaching a warning to Bridge that it contains 'one bloody scene', which is hysterical if you've seen this particular version.)

In the meantime, your Simian Substitute Site Of The Month for April 2015 is Monkey Kingdom. It's the latest movie from Disneynature, the nature documentary wing of everyone's favourite entertainment-based multinational corporation. As you can see from the trailer, it's got all the simian interest you could possibly hope for: curiously, though, the trailer chooses to play down the fact that Tina Fey is doing the narration. Maybe she'll say "I want to go to there" at some point, or maybe she'll use one of the catchphrases from Unbreakable Kimmy Schmidt instead, even though they aren't quite as good, or don't appear to be given the five episodes I've seen so far, and yes I know I said 30 Rock took six episodes to find its feet, sorry, where was I?

Anyway, on the Monkey Kingdom site you'll find what initially looks like shedloads of material about the film. However, try to access the video clips or the monkey puzzles and you'll be immediately thrown out of the site and onto the local Disney page for your country, unless you're in America for some reason. Geoblocking sucks arse, doesn't it? Well, at least you've still got a brief synopsis, some pretty pictures, and useful activity packs for parents and teachers to share with their kids. The film opens in cinemas on April 17th - in the US, at least, it's unclear if the UK will get it at the same time. Check local listings, as they usually say in these circumstances.

Unlike the digital xenophobes at Disney, I positively welcome interaction from all parts of the world, so feel free to leave comments below.

The reason these live performances are a lucrative revenue stream for cinemas is that they massively jack up the prices, and only tell you them at point of purchase (die you Cineworld bastards).

War of the Worlds was probably worth it, but we saw one from the British museum, which was like a bog standard bbc doc on steroids