Home Archives/Categories About Me RSS Feed Mailing List Email
Simian Substitute Site For May 2015: MAYstly Links
MOSTLY FILM: All In The Game {aka Rising Monkey 2014 part 3} 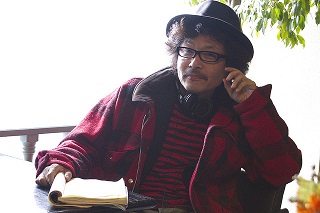 Yes, you're right, it has been a bit quiet around here recently. Let's just say for the moment that I've got a few other things to think about, and that's had an impact on my contributions here. I do realise that sometimes it looks like this site's just a series of promotional pages for stuff I've written for Mostly Film, and I'm working on fixing that, promise.

In the meantime, here's a promotional page for stuff I've written for Mostly Film. Today, they've published a review by me of Tokyo Tribe, the new film from Japanese crazy man Sion Sono. Theoretically, it's in UK cinemas from tomorrow (Friday May 22nd): in reality, 'UK cinemas' appears to mean a one-week run at the Quad in Derby and a couple of late-night appearances in Brixton and Sheffield. It's another one of those tiny theatrical outings intended solely to drum up publicity for the home video release, already scheduled for June 15th.

As I say over on Europe's Best Website, I tend to blow hot and cold with Sion Sono's work, and the various reviews of his films I've posted here over the years are testament to that. Still, you can't deny the man's work ethic: he's been making movies for three decades, starting out as an avant-garde experimentalist before moving into the genre-based territory he occupies now. The Red Button Bonus Material for the Tokyo Tribe review, therefore, is a playlist of clips and trailers spanning Sono's career: from his 1985 debut, to a film that comes out in Japan next weekend. If you'd never heard of the guy before today, consider this your baptism of fire.

There are sixteen clips in the playlist below, presented in chronological order.