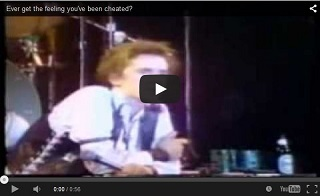 Books: For reasons which may eventually become apparent, I'm having a bit of a clearout at home. I'm ploughing through all the media I've accumulated over the last couple of decades - books, music, video - and making decisions about what stays with me and what goes to the charity shop. (Or goes to Music Magpie, which may not be as helpful for the sick and starving but works out quite nicely for me.) And I've found myself having to consider questions like this: how many Irvine Welsh novels do I actually need? Yes, Trainspotting, obviously: but there are several books of his that I've bought since then, read, and then apparently instantly forgotten. Straight off to Oxfam with those, then. But by that metric, I think that his latest paperback release - The Sex Lives Of Siamese Twins - counts as a keeper. Maybe because it's the first one of his I've read that moves out of his comfort zone of the underbelly of Scottish society, instead looking at the underbelly of American society. The story takes two very different women - fitness trainer Lucy Brennan, and food fanatic Lena Sorensen - and shows the chaos that results when the two encounter each other one night on a Florida highway. It's a tightly structured yarn, so much so that when you finally put it down you'll realise that there was only one way the plot ever could have gone. But the lead characters are brilliantly drawn, and your sympathies are carefully tweaked until you're never quite sure which one you're rooting for. Best of all, Welsh's trademark Unpleasant Bits are kept as garnish rather than being the whole raison d'etre for the novel. Relax, ladies, you're not going to Oxfam.

Comedy: At the time of writing, there's less than a week of the tedious election buildup to go. I don't know about you, but it strikes me that nothing's actually changed in the time since the date was made official: everything's reduced to the same names spouting the same entrenched positions they've always had, and nobody's going to change their mind about anything at this point. This would be the ideal environment for comedy that takes some of those entrenched positions and plays around with them a bit - but nobody seems to want to do that sort of comedy any more. Scratch that: maybe one man does. Andy Zaltzman has been doing political gags for as long as I've known him, and has ploughed that unprofitable furrow relentlessly while other comics have retreated into safer material about raising their kids or travelling on buses. His latest framework for doing this has been Satirist For Hire, in which he asks the audience to email him topics in advance that he can attack on the night with his satirical hair. He's in the middle of a short run of shows at the Udderbelly in London, where he's doing this with the aid of some specially invited guest comics. It's always going to be touch-and-go whether they're up to the challenge, but that's part of the fun of it. At the time of writing, there's one more of these shows to go, to be held on Election Night itself: the guests on May 7th include Josie Long, Tiernan Douieb and others tbc. Vote first, then have your decision potentially laughed at. Edited highlights from the shows may turn up on the Bugle Podcast at some point in the future.

Music: When you go out with someone long enough, their musical taste tends to rub off on you. Unfortunately, this doesn't explain why I still can't persuade The Belated Birthday Girl how good Rubberbandits and The Polyphonic Spree are. But Johnny Dowd has been a favorite of hers since before I knew her, and over the years he's become one of my favourites too. The thing that fascinates me most about Dowd is that we see him play live every couple of years, and it's a different experience every time: sometimes it's just him and a guitar, sometimes with a full band, sometimes raising sonic hell with a beatbox and a loop unit. His most recent London gig at The Islington was an example of the latter, with his warped Americana getting warped even further through the application of electronic geegaws. It would be impossible to find any consistency in his output if it wasn't for the gloriously twisted wit of his lyrics, which is always there regardless of what kind of music is playing behind them. The album he's promoting on these gigs, That's Your Wife On The Back Of My Horse, presents these songs with, if anything, even more rough edges than the live shows, and is as good an introduction as any if you want to find out more about what he does.

In the meantime, your Simian Substitute Site Of The Month for May 2015 is MAYstly Links. It's, um, a piece for Mostly Film written by me. Is that breaking the Simian Substitute Site rules? Possibly. But they're my rules, and next month I'll have been working to them for seventeen years, so I think I'm entitled to muck around with them once in a while.

The backstory is pretty much as described in the article itself. I was meant to be reviewing a film today, and then with little warning its release was delayed by a couple of weeks. This meant that Mostly Film now had a gap in its schedule for Friday May 1st. The traditional end-of-week filler option used on the site is Mostly Links, which is a collection of pointers to other bits of the internet in lieu of any original content of our own. I've never done one of those before, so I thought I'd give it a go. I'm basically using the weekend's new cinema releases as the jumping-off point for a lot of rambling, but I think it all just about comes together by the end.

Normally when I have a piece on Mostly Film, I do a second piece over here with accompanying backup material, but that wouldn't really work with a ragged collection of nonsense like MAYstly Links. So have this one as your backup instead. Because when you get down to it, isn't the Simian Substitute Site just this website's own equivalent method of generating stream-of-consciousness material to fill a gap in the schedule? I've had two of those published on the internet today, so that's got to count for something.

Speaking of stream-of-consciousness material, feel free to generate your own in the comment box below.

Couldn't help noticing your twitter feed re: UK Mail (the courier of choice for Talk Talk Broadband). Well if you actually got your parcel from them, and only had to wait a day for it, more power to you then.

It's always entertaining to find out the customer service Twitter accounts of delivery companies, and do a search on their name to see how many people a day are sending them complaints. Here, for example, is the search for Yodel, who have kept me in the house today for nine hours and counting.