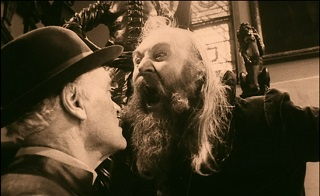 At this stage in the life of Mostly Film, the Obscure Gems series - in which several writers each pick an overlooked movie for re-evaluation - is a little like a special guest recurring character in a sitcom. One of those people who only turns up once or twice a year, but has made enough of an impact for those appearances to give you a little tingle of delight when they happen.

I didn't get around to contributing to the first one in 2011, but I made up for it with two recommendations in the 2012 edition: Czech time-travel comedy Tomorrow I'll Wake Up And Scald Myself With Tea, and incomprehensible genre mashup Ninja III: The Domination. (We'll be briefly revisiting the latter later this week, by the way.) I've made an appearance in all the others since then, covering obscurities like My Estonian Butler, Siesta and The Perfect Kiss.

It's probably about time that we had another one. So here's Obscurities Reloaded, in which half a dozen regular contributors to Europe's Best Website each pick another film that you may not have been previously aware of. And as has now become traditional, it's accompanied on my own site by some Red Button Bonus Material consisting of trailers and clips from the films in question.

Here are the movies we discuss in the piece: