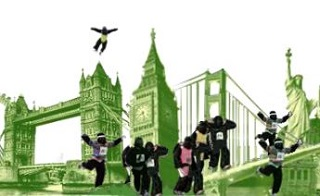 Comics: You know how the comics section around here works - the same few writers keep cropping up over and over again. Alan Moore, Neil Gaiman, Garth Ennis, Warren Ellis, Grant Morrison, Kieron Gillen and Matt Fraction have all been namedropped here at least twice, if not more. So let's welcome a new writer to comics, one who can hopefully give us something we haven't seen before. Except the writer is Chuck Palahniuk, and his first comic is a sequel to the most famous novel he ever wrote. Fight Club 2 picks up ten years after the end of the book (and, of course, the film): we find Tyler Durden, Marla Singer and a man we now have to call Sebastian still going through their same ménage à trois, but with a couple of extra quirks added, a nine-year-old child being merely the most visible of them. We've had two issues out of the proposed ten so far: there's a lot of setting up of plot in the first one, but the second shows Palahniuk settling comfortably into his new medium, with some ingeniously slippery transitions between the multiple layers of narrative. Thankfully, he's quickly learned that a comic is a lot more than a collection of speech bubbles, and leaves plenty of space for artist Cameron Stewart to play similar tricks with form and structure. So it all holds together as a comic: what I'm not sure yet is if it holds together as a story, with the constant callbacks to the original Fight Club sometimes feeling a little too much like mere fan service. But I'm willing to read on and find out, for now.

Music: When I announced the rebirth of Spank's Audio Lair last month as a Spotify playlist, my original plan was to have a single playlist whose contents changed every thirty days or so. But now I'm toying with the idea of creating a new list every month, and leaving the old ones available on these Simian Substitute pages as a record of the songs that interested me at the time. So here's a new one for July - now let's see how long I can keep doing this before I get bored. In case you were wondering, the fact that I'm sort of namechecked towards the end of the song is not the only reason for me including Eastend Cabaret's Dangerwank.

Telly: Anyone with open eyes is probably aware by now that Marvel Comics are trying to take over all world media. They've been pretty successful with that plan in terms of their movies - but their TV shows have been less consistent, with the flagship Agents Of SHIELD having all sorts of wobbliness in the two seasons broadcast to date. Earlier this year, while SHIELD was on a mid-season break, ABC filled the gap with an eight-week miniseries entitled Agent Carter. People assumed that because Channel 4 had been showing SHIELD over here, they'd be doing the same for Agent Carter - but they'd assumed wrong. It's taken six months or so for the show to finally pick up a UK broadcaster courtesy of Fox, who start their run on Sunday July 12th at 9pm. Which is a pity, because having seen it (via methods of dubious legality that shall remain nameless), I'd say it's a much better bet for a general audience than any of Marvel's other products. Set in 1946, it's the story of Peggy Carter (Hayley Atwell), the secret agent who supervised/fancied Captain America in the first of his films. But now Cap's jumped forward to the 21st century, and Peggy's stuck in a post-war office job having to keep her skills under one of her exquisite hats. Inevitably, that's about to change. You don't need a background in superhero mythology for this one, just the ability to enjoy a rollicking good yarn that's handled with an unexpected lightness of touch.

In the meantime, your Simian Substitute Site Of The Month for July 2015 is The Great Gorilla Run. Taking place this year on Saturday September 19th, it's an 8km fun run around the City of London in aid of gorilla conservation. The catch? The £58 registration fee includes the cost of a full gorilla suit, which you'll be expected to wear throughout the run. As I'm writing this on what everyone is insisting is the hottest day of the year, the prospect of running 8km in a gorilla suit seems even more horrifying than it would do normally. And normally, that would be pretty horrifying. Still, if you're made of better stuff than me, the site tells you how to register and get sponsorship, along with any other questions you may have. (Note that they also need volunteer marshals, who don't have to dress up. That might be a sensible alternative if the temperatures stay this hot.)

Coming up this month: lots of stuff, actually. It's Bastille Day in a fortnight, and regulars will know what that means round here. But there's also a bit of content coming up for Mostly Film, with a couple of backup pieces to accompany it. Not to mention a few thoughts on the upcoming Edinburgh Festival, which I'm not going to. And then there's the small matter of why you didn't hear very much from me over most of June. (The next piece coming up should give you some clues, with more detail to follow that.) So, watch out for announcements of new material via my Twatfeed, mailing list or RSS feed.