Home Archives/Categories About Me RSS Feed Mailing List Email
Everybody In The House Of Love
Edinburgh Festival 2015: While I Was Out 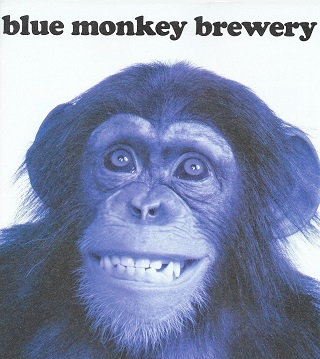 Art: I don't know much about art, but... well, that's about it, really. On the occasions I write about my infrequent gallery visits, it's always done from the perspective of someone who's bringing in preconceptions from other media. To that end, I've always assumed that film- and video-based installations would dovetail nicely with my own personal obsessions. But it's only just struck me that I only tend to see these things as individual pieces in a mixed exhibition - up until now, I've never seen an exhibit that's entirely made up of moving image art. That changed with Ben Rivers' The Two Eyes Are Not Brothers, which has just finished a short run in London. It's based around a sequence of short films, each in a very different style, all based around making-of footage from several film shoots taking place in the deserts of Morocco. The accompanying blurb makes it sound like the locations are the most interesting thing in the films, but Rivers appears much more interested in the people he encounters: their stories, their music, and their devil-may-care attitude to stuntwork. What gives the footage unexpected resonance is where Rivers chose to exhibit it: in a series of temporary screening rooms constructed inside the BBC Drama Block of the old Television Centre. The atmosphere inside the building, still bearing signs of its past life and its abandonment prior to demolition some time in 2016, plays off nicely against the more active evidence of filmmaking in the exhibit itself. If installation art gives you the willies, don't worry: Rivers has been simultaneously arranging the footage into book form, as well as a theatrical feature with the ridiculous title The Earth Trembles And The Sky Is Afraid And The Two Eyes Are Not Brothers, an early frontrunner for Least Tweetable Film Of The 2015 London Film Festival.

Books: About four years ago, I wrote a piece for Europe's Best Website about Limmy's Show, which at the time was a little-seen sketch comedy show which only had a small cult following outside of Scotland. "Where does Limmy go from here?" I wondered out loud in the final paragraph. Well, in the last four years he's produced a third series and Christmas special of Limmy's Show (currently only available on iTunes because of rights issues blocking the DVD), and dabbling with the six-second video format on Vine (made all the more terrifying if you watch six hundred of his Vines back to back). And now he's written a book. Daft Wee Stories does exactly what it says on the cover: it's a selection of short stories, varying in length from six words to several pages, and they're all very much coming from the worldview Limmy presents in his TV show. If there's a recurring theme, it's one that's familiar from his sketches - a character taking a simple situation and over-analysing it way beyond the point of absurdity to a peak of psychosis. The stories work terrifically on the page, and are recognisably in Limmy's own voice throughout: but if you need to actually hear him reading them, there's an audiobook edition, plus free clips and videos all over the internet. (Like here, for example.) If you're reading this before September 21st, you can watch a video of Limmy's Edinburgh Book Festival appearance, courtesy of the BBC iPlayer: the highlight is his reading of one of the best stories, The Size Of Sally, which ends the way that the Ant-Man film should have ended.

Food and Drink: I've always assumed that there's been a long-standing animosity between what we'll choose to call, for the sake of argument, Real Ale Twats and Craft Beer Wankers. CAMRA have always been sniffy about what they describe as the 'Frankenstein beers' concocted by the craft movement: the craft crew tend to hit back with the usual tactics adopted by any young newcomers to an established field. The Belated Birthday Girl, like anyone else who just likes drinking beer wherever it comes from, likens her position to that of a child trying to mediate between divorced parents. Mummy! Daddy! Stop fighting! Well, if last month's Great British Beer Festival is anything to go by, there just might be some sort of reconciliation developing between the two camps. We hadn't been to GBBF for a couple of years, and there were some obvious changes visible. The crowd's become a lot younger and more diverse: the old nineties cliche of the cider bar being the creche where you left the womenfolk while you went off in search of ale is long, long gone. And although we're still probably not going to see CAMRA letting keg beers in for many years to come, a lot of the cask beers on display this year had a distinctly crafty edge to them, with featured hop varieties and tiny brewery operations. Not to mention the usual delights of the ever-expanding Bières Sans Frontières bars, with many of our favourite international breweries represented. For the record - my selection on the night was Hogs Back TEA, Scarborough Chinook, Lytham Ice King, Raw Grey Ghost IPA, Ramsbottom Craft Rammy Ale, Birranova Arsa and Samuel Adams Rebel IPA: The BBG, on the other hand, went for Shiny Affinity, Nene Valley Dick’s Extraordinary Bitter, Hopshackle Red Ale, Gyle 59 Mighty Hops Happy Daze, Golden Triangle Black Hops IBA, MC-77 Bastogne and Saugatuck Brewing Co Backyard IPA. All that, plus food and drink, plus Neville Staple turning in a crowdpleasing set of ska favourites from his days in the Specials and Fun Boy Three. Usually, Edinburgh Festival commitments stop us from getting to the GBBF: we may have to work on some way of accommodating both festivals next year.

In the meantime, your Simian Substitute Site Of The Month for September 2015 is Blue Monkey Brewery, simply because they had a fun full-page ad in the GBBF programme. Based in Giltbrook on the border between Nottinghamshire and Derbyshire, they appear to embody that 'real ale with a craft edge' approach that we noticed becoming a trend at the festival. We haven't actually drunk any of their beers as yet, unfortunately, but hopefully that's only a matter of time.

So, yes, August was a quiet month on the site, but at least I managed to put up a post explaining why that was. With all that chaos finally dying down, hopefully there should be a bit more going on in September, including the ever-more-delayed writeup of our Italy tour, plus a few words from the Pals on what they did in Edinburgh while I wasn't there. In the meantime, we're open for comments below as usual.