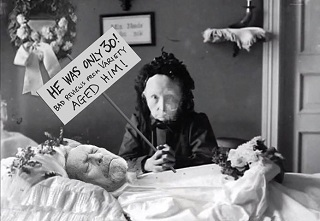 Here's that playlist for you:

Featuring the following clips and trailers:

Oh, by the way: in case you were wondering, the LFF 2015 Wrap Party will be coming shortly. In the meantime, why not entertain yourself with Mostly Film's own post-LFF analysis?