Home Archives/Categories About Me RSS Feed Mailing List Email
BrewDogging #23: Brighton
Fat Child In A Pushchair*: Pick Of The Year 2015 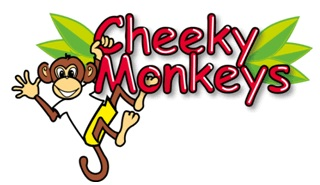 In the meantime, your Simian Substitute Site for December 2015 is Cheeky Monkeys, "the newest & biggest soft play centre in Torfaen South Wales." If you've got Welsh children under the age of twelve, it's probably the best place to take them to be entertained, with plenty of indoor and outdoor activities including newly-installed Laser Tag. Check near the bottom of their homepage to see the fun they've got lined up for Christmas 2015! (Unfortunately, the official Christmas page on the site is still stuck at 2014.)

Coming this month: definitely more BrewDogging, possibly Italy, plus a few bits of end-of-year admin. Feel free to berate me in the comments box below for not posting all seven outstanding BrewDogging pieces in November like I said I would.