MOSTLYFILM: The Ministry Of Happiness 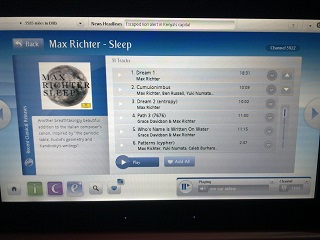 I was back in Dubai for work last month. Last time I was there was about a year ago, and that visit was a little unusual in terms of how I wrote about it on the web. Because you know how these things work by now: I go away to foreign parts, I watch a couple of unsubtitled movies in the local cinemas, and I write about them for MostlyFilm in a section we've chosen to call Monoglot Movie Club. Except that last time I went to Dubai, it didn't quite happen that way. I went to the pictures twice, but the films were so uninspiring that I didn't feel there was a full article in there. (I burned off the reviews in a Simian Substitute post instead.)

I was a bit worried that it would be a similar story this year, but happily, it wasn't. I saw three new films over there - two from Egypt, and one from Lebanon - and you can read all about them over at Europe's Best Website in a piece entitled The Ministry Of Happiness. Meanwhile, over here, the Bonus Red Button Content section for the article will consist of the usual mix of travel tips and video backup.

By now, I've got a regular routine when I'm working in Dubai: which is lucky, as I was only given one week's notice for this particular assignment and needed to make the travel arrangements in a bit of a rush. No problem - Heathrow Express train to the airport, Emirates flight to Dubai, Metro journey into town, check into the Holiday Inn Express Dubai Internet City. It wasn't until a couple of days after my return that I discovered what the most dangerous part of that whole process was, and it isn't what you'd expect. Certainly the flight was as painless as I've come to expect from Emirates, with two major discoveries on the in-flight entertainment. Firstly, that they had the whole eight hours of Max Richter's ambient masterpiece Sleep (previously reviewed here), which made for an excellent soundtrack for the overnight journey back home. And secondly, pretty much every waking hour on the two flights was spent binge-viewing season one of Mr. Robot, literally watching the final scene as the plane was taxiing back to Heathrow terminal. For a series that's partly about a plot to destroy all world debt, it's hilarious how much of a debt the show itself owes to previous stories (a debt which I admit is brazenly acknowledged in a couple of places). But the ballsiness of the storytelling - what it chooses to show and conceal, the unsettling framing of the shots, the use of music - kept it all thoroughly watchable for me, and I'm on board for season 2.

Back in the old days, the film section on the Time Out Dubai website had a nice simple search which could tell you instantly how many Arabic language films were playing in town. Now, sadly, the site is as useless as every other one in the Time Out family, with all the information you want replaced by a dumb collection of big scrolly images. After a lot of digging around, I eventually found out that there were three Arabic movies out there, and the most convenient way to see them was spending three consecutive evenings at Reel Cinemas Dubai Mall. Which also meant three consecutive evenings having dinner in Dubai Mall. Some of those dinner slots were incredibly short, and required something I could inhale rapidly in the Food Court - for example, a reasonably tasty Philly cheese steak at Charley's. For a medium-length slot, I went for one of the bacon burgers at Shake Shack, because it always amuses me how the UAE versions use veal bacon, on the assumption that crushing baby cows is morally superior to eating pig. (Actually, the really nice flavour of all that suffering was counterbalanced by the huge amounts of grease dripping off it.) But just to prove that I wasn't only eating at American chains, the best dinner I had there was at Pi, a local pizzeria working in the Naples style. Wagyu beef meatballs and fior di latte on a Neapolitan base? Shut up and take my money, please.

Which brings us to the films. I've linked to the official sites in the MostlyFilm review, but here are some trailers to give you a bit more of a flavour of what actually watching them was like. First up - Egyptian romantic comedy Kedbet Kol Youm. Listen out for the hashish references in this one, too.

To follow, here's the Lebanese movie constructed from 1978 Super 8 footage of a play, Bennesbeh Labokra, Chou? They've gone to a lot of effort to pick good-looking shots in this trailer: huge amounts of the film are so shaky and out of focus, it could almost be a Guy Maddin picture.

And finally, back to Egypt again for Ocean 14. I'm loving the distributor's official synopsis: "A comedy film about a group of young people who are exposed to plenty of problems in their lives and how they overcome these problems in a comic manner." No mention of jewel robberies or drug taking in there, you'll notice.