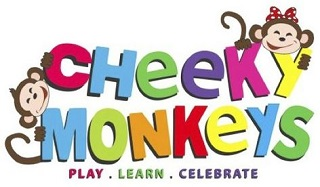 Comedy: I wasn't at the Fringe in 2006, but I remember the one poster that everyone was talking about at the time: a gigantic billboard with Tim Vine's name on it in huge letters, followed by the much smaller words "is not appearing at this year's Edinburgh Festival." Sometimes, it seems like not being there is the best publicity. It certainly worked for Richard Herring, who made quite a big deal last year of his absence from the festival - partly driven by the arrival of his first child, partly by his 2014 Fringe shows losing shedloads of money. As a result, his latest stand-up show, Happy Now?, hasn't gone through the same development process as his previous 11: he did a brief tryout of the material last September, and has been working it up to a full show that's now going on a tour of the UK. Inevitably, fatherhood is one of the key topics of the show - a bit too heavily for The Belated Birthday Girl's liking, although for me it's more of a springboard from which he can look at the general idea of personal happiness, and how possible it is to achieve that. It's Herring's typical mixture of the smart and the profane, and as ever draws heavily on ideas he's exploited in other formats. There's one magnificent comic riff in the second half involving his wife's parents, which felt too good for him to have just saved it for a single show. A bit of research afterwards proved me right - he's used the same routine, almost word for word, in both his blog and his Metro column. But if you've been steering clear from both of those, there's a decent amount of fun to be had.

Movies: A few notes to wrap up the whole business of Chinese New Year, following on from last month. In China, the holiday's celebrated with the release of a string of big dumb movies, and the Odeon Panton Street cinema in London is showing all of this year's CNY releases for the delight of nearby Chinatown residents, as well as fellow travellers like yours truly. The obvious one to see, given what year it is and everything, would have been The Monkey King 2, another retelling of the classic story. Instead, we willingly paid money to watch From Vegas To Macau 3, the new comedy from Wong Jing, a man whose name is literally the Cantonese for 'will this do?' (Your definition of 'literally' may differ.) It's the usual mess of crude jokes and incoherent plotting, given a little retrospective interest by the discovery that his pro-Beijing views have ruined the film's reception in Hong Kong. That's not a problem faced by his main competition this year: Stephen Chow's The Mermaid has, in the space of a couple of weeks, become China's highest grossing film ever. It's another one of Chow's fantastical, CGI-driven stories, in which a tycoon buys up an entire bay for land reclamation purposes, only to find that the tribe of merpeople already living there have other plans. To us in the West, this has the slightly odd air of being lectured on environmental matters by the Chinese: but to the domestic audience, it's Chow using his hugely influential position to tell his fellow countrymen to take it easy with the whole pollution thing, while leavening the message with delightfully silly jokes and some surprisingly hard-edged action scenes. The message takes second place to the storytelling, and that's why it works so well. The Mermaid is getting a bit of a tour around the world off the back of its Chinese success, and is definitely worth seeing if it makes it near you.

Travel: Well, it's a London thing rather than a travel thing, but presumably many of you reading this would need to travel to London to see it. So - as my final final word on the Year Of The Monkey, I should point out that the Magical Lantern Festival is running through to Sunday March 6th, and is definitely worth catching. Located at Chiswick House & Gardens in west London, it's a huge open-air exhibition of Chinese-style lanterns, depicting everything from the Chinese zodiac animals to a large scale replica of the Temple of Heaven. There are plenty of photos out there on the web for you to get a flavour of the show - The BBG, for example, has 98 for you to look at on Picasa, while there's still time. But it's no substitute for getting out there in the cold of an evening and seeing these glorious constructions up close. It doesn't appear to have been quite as popular a show as the organisers originally thought it would be, so ticket discounts are readily available: snap them up if you can.

In the meantime, your Simian Substitute Site for March 2016 is Cheeky Monkeys, a childcare franchise based in the United Arab Emirates - not to be confused with Cheeky Monkeys, a childcare franchise based in Wales, who were the Simian Site for last December. The unrelated Dubai operation is a similar sort of deal, but presumably with less booze and pork involved. Its website is, quite frankly, a bit of a mess, with most of the non-gallery links out of the front page leading nowhere. But their Facebook and Twitter pages are all up to date, so it looks like they're still a going concern. (Having said that, they should really get around to replacing their Summer Camp 2014 schedule with something more current.)

[UPDATE: A couple of days after this post went up, Cheeky Monkeys got in touch and explained why their website has big holes in it: it's because I've linked to their old website. The new one is at http://www.cheekymonkeys.com and has much more up-to-date information, including an Arabic section. Go there instead!]

Why Dubai? Well, I was there again last month for work, and noticed Cheeky Monkeys while travelling around. I saw a few films while I was out there, so inevitably one of the things you can expect this month is a new Monoglot Movie Club for MostlyFilm. And yes, I know: so far in 2016, every piece published on this site has either been a Simian Substitute lash-up or the backup for a MostlyFilm article. I do realise that this isn't an ideal situation, and I'm hoping - unless work has some surprises lined up for me - to fix that to some degree during March with some original content. Probably related to beer. Watch this space. And talk amongst yourselves in the comments while you're waiting.