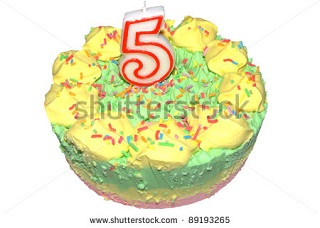 I told you the story of the birth of MostlyFilm back in 2011 as it was happening. The sudden, shocking demise of the Guardian talkboards: the rapid reassembling of the Film Unlimited community on a hastily set-up replacement board: the month of discussions on how to generate fodder for film discussion when we didn't have the Guardian to provide it any more: and, on April 4th 2011, the launch of a new blog called MostlyFilm.

I said at the time that I was "simultaneously honoured and terrified" to be the first person to post on the blog, with a comparative review of Alex Cox's films Repo Man and Repo Chick. Still, it all seemed to work out. Since that opening, I've written sixty-odd more articles for the site, and collaborated on a dozen or so more. Each time I've contributed to MostlyFilm, I've been sure to put some sort of accompanying piece over here as well - partly for additional background material, and partly as shameless cross-promotion.

For today's MostlyFilm 5th birthday post - a celebration of famous cinematic birthday parties called Non-Stop Party Action, in which I provide a few hundred words about the least fun party ever - I propose that the Red Button Bonus Content shouldn't be all about me, me, me. Because a whole team of people has worked on the blog over the last five years to make it what it is today. Let's celebrate them.

What follows isn't a definitive list of MostlyFilm contributors: just the ones who have a WordPress account, making it easy to bundle together all their posts under a single link. There's a generic MostlyFilm account that's used partly for multi-author pieces such as today's, partly for contributors who've chosen not to sign up to WordPress, and partly for posts that have been carelessly misattributed to it. So there isn't an entry for The Belated Birthday Girl, who's collaborated on some multi-author pieces (just these three, in fact): nor is there an entry for Paul Duane, who (among other things) has provided some fascinating behind-the-scenes insights into the films he's made.

But the 28 people listed below have all contributed at least once to the blog over the last five years, and the link will allow you to read all of their posts. Where they've chosen to give biographical details in their profile, I've selectively quoted from them: where they haven't, I haven't. They've all written stuff well worth reading - take some time out to have a good browse.

On a personal note, huge thanks to Blake, Laura, Gareth, Indy, Niall, Moth and Susan: all of them have worn the MostlyFilm Editorial Lederhosen at one time or another, doing a job that I simply wouldn't be capable of doing (so don't ask me). In addition, Jim, Kitty and Sweary Stan Carey have worked editorially on a couple of pieces of mine to make them presentable, so thanks to them too.

I think that together, we've pulled off something rather special over the last five years, and we should all be ridiculously proud of it. Here's to the next five, and beyond.

Just listening to Mark Kermode on Radio 2 being interviewed by Jeremy Vine. He said directors of horror films are some of the nicest people you could ever meet. The scary ones are the directors who make family movies