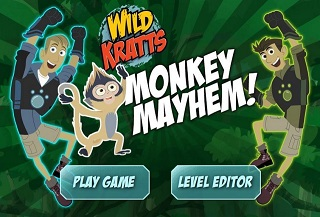 Books: In this very spot just 51 months ago, I talked about the first volume of Alexei Sayle's autobiography, Stalin Ate My Homework, and expressed interest in any future volumes he may produce. We now have the second one, Thatcher Stole My Trousers, currently available in hardback or those large format paperbacks you only get at airport bookshops. (The next post on the blog should hopefully explain where I was flying to.) While its predecessor covered Sayle's childhood and teenage years, Thatcher gets to the stuff we really want to know about - the seventies and early eighties during which, as he so modestly puts it, "modern comedy as we know it began at the Comedy Store and for the first few months I kept that place going more or less by myself... You're welcome." I suppose he could have gone for false modesty, but that wouldn't fit with his established stage persona. And this book is at its best as it goes through the process by which he constructed that persona, partly to fit certain practical needs, partly by accident. There are plenty of hilarious and surprising anecdotes scattered throughout - for example, I was totally unaware that Sayle had an early career as a freelance illustrator, and worked on the odd album cover. Presumably if there's a volume three, it'll pick up from the thread that starts developing in the final chapters of this one, where he develops a side career taking acting roles in any film that will pay him. Looking forward to that one in another fifty-odd months.

Music: The video embedded below has been shared by several people over the last week or so, so it's quite possible you may already be familiar with it. It's an all-star performance of While My Guitar Gently Weeps, from the Rock & Roll Hall Of Fame induction ceremony in 2004. Tom Petty's singing, Jeff Lynne and Steve Winwood are helping out, and lurking quietly at the back is Dhani Harrison, looking the spitting image of his father George. Watch Dhani in this video. In particular, watch for the glorious smile that breaks out on his face around the 3 minute 20 mark. Because he knows what's about to happen. I've had a smile like that four times in my life - Wembley Arena in 1988, Earl's Court in 1992, Wembley Stadium in 1993, and the O2 Arena in 2007 - and although I'm sad that there won't be a fifth time, I'm eternally grateful for those four.

Theatre: Staying on the subject of people you'll never see performing again. I've written previously about my love for the work of Ken Campbell, and my sadness that The Belated Birthday Girl never got to attend one of his mind-expanding theatrical happenings. But we've now attended the next best thing, and if you can get to the Hampstead Theatre before May 7th you can do the same. Ken is a new play by Terry Johnson, and could be seen as another one of his works where he uses real-life people as characters, like Insignificance or that one about the cast of the Carry On films. Except Johnson has a much more personal stake in this one, to the extent that he's on stage throughout narrating the story of how he got involved in a couple of Campbell's most epic productions. The only other person in the cast is Jeremy Stockwell, another long-time associate of Campbell's, who gets Ken's voice and mannerisms down to a tee. Between the two of them, they depict the anarchic try-anything-once spirit that made Campbell's theatre so thrilling to watch: but they also make it clear that working with someone like that could push you to the end of your tether. Johnson's script is packed with the sort of stories that Campbell used to generate in his wake: some of them are probably lies, which is also completely in keeping with the man. And it all ends with a fiendish theatrical illustration of his maxim "fortune favours the curious," where you get to discover for yourself just how much you really agree with him. Even if you weren't previously aware of Campbell's work, this will arouse your own curiosity for it.

In the meantime, your Simian Substitute Site for May 2016 is Wild Kratts Monkey Mayhem. As I understand it, there are two real-life brothers, Chris and Martin Kratt, and Wild Kratts is an animated show they created for PBS. (In the UK, you'll find it on Netflix.) Chris and Martin play themselves in the cartoon, and have all sorts of eco-friendly adventures which teach kids about nature and how to not make a bollocks of it all like we grown-ups have. Because multi-platform content is the in thing these days, the show has its own website with more educational material on it, plus a few games like Monkey Mayhem. Can you help the Kratts gather fruit and other monkeys in preparation for a birthday party for Grabsy the spider monkey? Yeah, you probably can because you're an adult and your motor skills vastly outstrip those of a mere child. Try it anyway, it's fun.