I've been to Sweden for work several times over the last few years, largely for a major Swedish company which shall remain nameless. The size of that company meant that I didn't just visit the big cities: I also got to hang out in smaller towns, most recently Linköping just over a year ago. It was during that last trip that I noticed the culmination of something I'd watched developing over those few years - I was using credit cards a lot more, and cash a lot less. I'd brought over about 800 SEK in local currency with me, and took almost the same amount back home again.

One year later, and Sweden is hurtling ever closer to total cashlessness. Not only did I find out with just two weeks to spare that my 800 SEK of notes was on the verge of becoming worthless, but we also encountered two establishments in the country that completely refused to handle any cash at all. Quick bit of foreshadowing: one of those was ABBA The Museum in Stockholm. But can you guess the other one? 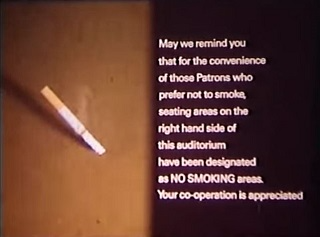 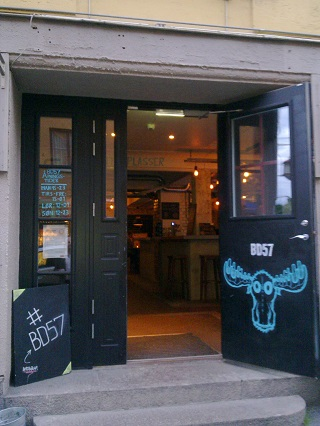 Ah, the Nordic regions. Famous for many things: the icy cold of their winters, the extended daylight of their summers, and their eye-wateringly expensive booze. If there ever was a part of the world that was crying out for us to do a pub crawl in it, it was this one.

As previously discussed here (and, by implication, here), last month The Belated Birthday Girl and I went on a five-city Nordic Expedition, one which allowed us to tick off five previously unvisited BrewDog bars from our list. (To head off a query that the more observant of you may have: in between our making the bookings and going on the holiday, the buggers opened a sixth bar in an awkwardly-located bit of Sweden. We're saving that one for another time.) So, among other things - lots of other things, as you'll see - we got to experience the weirdnesses of Nordic alcohol retail regulations first hand.

Most people are aware that off-sales of booze are strictly regulated in Norway, Finland and Sweden - if you want to take home anything above a certain ABV level, you need to go to a government shop and buy it there. Norway, however, takes it one stage further. Their regulations are so restrictive that BrewDog Oslo, pictured to the left of this text, doesn't technically exist at all.

I gave you a wee heads-up at the beginning of the month, but this is where it all officially starts. To whit: the next batch of posts here will all be covering the Nordic Expedition undertaken by The Belated Birthday Girl and myself in June 2016. Over a packed fortnight, we covered five cities in three countries - Norway, Sweden, and Finland - as the nights got longer and longer with the approach of Midsummer. And it all climaxed with the slightly peculiar scenes you can see in the video over there. It will get explained eventually, promise.

But in the meantime, let's get the inevitable out of the way first. We've been in three separate countries, each with their own film industry: surely there must be some Monoglot Movie Club possibilities in there? Of course there are. So over on MostlyFilm you can now read The Mexican Scand-off, the 26th MMC piece, taking the films we saw in each country and ruthlessly pitting them against each other.

Meanwhile, in this Red Button Bonus Content piece... well, I can't give you any travel tips about the cities we visited, because that's basically what the next five posts are going to be about. So we'll keep it simple with a bit about the films themselves and the cinemas where we saw them.

Comics: At this stage in my life, I think I have to resign myself to the fact that I probably won't be discovering any new comics creators in the future, just keeping up with the work of the ones I've known for years. Still, there's always the possibility that those creators will start pairing off in unexpected combinations. Which explains my delight at the existence of How To Talk To Girls At Parties, a comics adaptation of a ten-year-old Neil Gaiman short story. Gaiman, as far as I know, has stood back and let the adapters have free rein of his text: which is a wise move on his part, as those adapters are Fábio Moon and Gabriel Bá, the men responsible for Daytripper, the finest graphic novel of the 21st century to date. After seeing their glorious depictions of Brazil in that earlier work, it's a bit of a culture shock to find them drawing 1970s East Croydon - inevitably, that's only the first of numerous culture shocks you'll get in these 64 pages. In a way, the mere presence of Gaiman as author is a spoiler: you know in advance that the sexual panic felt by two teenage boys as they gatecrash the party of their dreams is going to be replaced by something else. But the nature of that something else is revealed to the reader in tantalisingly small increments, and Moon and Bá are totally in control of the tone of the story as it shifts under your feet. Those 64 pages, it turns out, cover a spectacular amount of ground. Would you like to read the first nine of them for free? Here you go. You'll have to find out the rest for yourself, though.

Music: What with one thing and another, it's been three months since I last put together an Audio Lair Spotify playlist for you all. The previous one ended up being a summation of my favourite tunes from the first quarter of the year, which means that this would probably be a good time to play you some of my favourite songs from the second quarter. Have a listen, why don't you?

Telly: A quick follow-up on last month's telly recommendation: I'm delighted to announce that one month after me whining about its unavailability in this country, Crazy Ex-Girlfriend can now be watched on Netflix UK. (I mean, I could quibble about how they have every episode of season 1 apart from the final one, but there are probably ways to get around that.) This month's geoblocked telly recommendation, however, is almost certainly not going to be resolved as easily. To set the scene, let me reveal that The Belated Birthday Girl and I spent a large part of June roaming between the Nordic regions, and you should be reading plenty about that here in the weeks to come. For now, let me focus on a small discovery that we made in Norway: a TV show called FC EM, which appears to be a late-night comic round-up of the daily news from Euro 2016. Obviously, it's all in Norwegian with no English subs, so we were doing our best Monoglot Movie Club to work out what was happening. But some things are universal: and one of them is a recurring segment called Roy Reiser (Roy Travels). It's magnificently brutal: they take all the shots they can find from that day of England manager (at the time) Roy Hodgson looking vacant, cut them together to a jolly comedy tune (best represented by the first few seconds of this unnecessary dance remix), and overdub it with what's obviously a rambly stream-of-consciousness commentary theoretically by Roy himself. Even if you can't understand the words, the intent is bloody hilarious. And there's twenty-odd minutes of it out there in total. And TV 2 are refusing to let anyone outside Norway watch it online, even though I asked them nicely. If anyone can think of a solution to this deadlock that doesn't involve a return flight to Oslo, a computer and a camcorder, I'd love to hear it.