After all the thrills and glamour of the recent five city Nordic Expedition, I'm afraid that this next BrewDog bar writeup is going to be a lot less cosmopolitan. If it's any consolation, though, it'll be a lot more confusing.

It all started over two years ago, in April 2014, when BrewDog opened up their first offlicence in a slightly hard-to-reach part of London. (They claim it's King's Cross, but Londoners know better.) BottleDog was - and still is - a shop for takeaway beers curated to the same degree as the ones you can buy in BrewDog bars, so you get a mixture of classics from the brewery's own range and fine guest beers by fellow craft brewers from all over the world. And you can buy them cheaper than if you attempted to purchase them at a bar. It's a win-win, really.

BottleDog was heralded as the start of a new concept, a separate chain of shops running as a complement to the bars. This is why I've never felt the need to talk about it as part of the BrewDogging project - it's a shop, not a bar. Except here's where it starts getting confusing. There was an odd thing that happened while we were in Turku. The Belated Birthday Girl and I were spending a little bit of time on a bench by the river Aura: not being ridiculously lovey-dovey, just snuggling up and watching the world go by. And a young bloke nearby took it upon himself to tell us what a lovely couple we looked. "There is some good in the world," he exclaimed. Naturally, we were suspicious.

Two days later, on the day of the Midsummer Festival, we were on an island on the outskirts of Helsinki, taking part in a mysterious ceremony that had a ritual wedding and a series of bonfires at its centre. All of our big holidays over the last few years have had a degree of jeopardy in their final days - had we been earmarked by spies in Turku for a big Wicker Man-style finish to this one? Were we, in fact, Sergeant Howie? Would killing us bring back their apples?

All utter bollocks, of course, but you try coming up with all these intros. 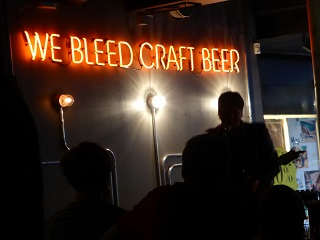 And so to Finland: the country that makes this holiday a Nordic Expedition, not a Scandi Adventure. As our copy of the Lonely Planet Scandinavia guide is at pains to point out, "technically, Scandinavia refers to the Scandinavian Peninsula (Norway plus Sweden) along with Denmark. Linguistically, Scandinavia includes Iceland, the Faroe Islands and Swedish-speaking Finns, while the term Nordic countries is a more general term for all these lands." It should be noted, of course, that this paragraph comes part way through an 81 page section in a Scandinavia guidebook on the subject of Finland.

Whatever: we're here now, just in time for Midsummer, with three full days to explore Turku. So what do they have there? Apart from the obvious, naturally.

Quick! Look at the list above. What's changed since last time, apart from the addition of Gothenburg? Hurry! Tick tock tick tock!

Here's the answer. In 2013, The Belated Birthday Girl and I spent a long weekend in Stockholm for birthday reasons. This was during the first year of the BrewDogging project, back when we foolishly assumed that it would all stop at the end of the year. At that time, the bar in Stockholm was the only one outside of the UK, so it felt rather special to make a trip out there. These days, of course, international BrewDog bars are ten a penny, and you can see above how many of them we've visited so far. There are now so many that referring to the Stockholm bar no longer works, because the city now has two of them. So from this point on, we have to refer to the first bar opened in Stockholm (reviewed in BrewDogging #10) as Kungsholmen, and the more recently opened one as Södermalm.

Even with the terrifying price of beer in Sweden, you'd imagine that the chance to compare and contrast the two bars would be irresistible. And you'd be right. 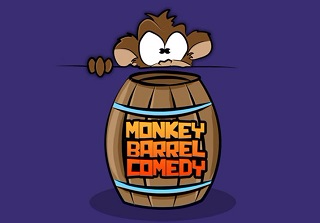 Movies: The DVD shelves at Château Belated-Monkey include a seven-disc box set entitled The Stanley Kubrick Collection. I'm assuming it dates back to the late 1990s, because it finishes with Full Metal Jacket rather than Eyes Wide Shut. Amongst the undeniable classics in this set is Kubrick's 1975 costume drama, Barry Lyndon, which has just been re-released in UK cinemas in a digitally restored version. It may seem decadent to go out to the pictures to see a movie you know you can watch at home on DVD. But to be fair, that DVD looks pretty rough now - it was mastered for a 4:3 screen, and makes assumptions about low image resolution that seem ludicrous now. By comparison, the version you can currently see in cinemas is utterly ravishing. Everyone knows the stories of the huge amount of time and effort Kubrick put into making things look right on screen - in this case, in an attempt to recreate the look of Renaissance paintings, he collaborated with NASA, the only people who could supply him with lenses capable of filming a room lit only by three candles. All that effort pays off in this restoration, but leaves room for all the other delights the film has to offer as well. The dark wit carefully transplanted from Thackeray's original novel: the solid performance of Ryan O'Neal as the central point around which everything revolves: the ongoing Kubrick motif of providing excellent roles for familiar telly faces, with Leonard Rossiter's Captain Quin a definite standout. Sure, at some point in the future the BFI will release this on Blu-ray and it'll make your TV look better than it ever has done. But this is a rare chance to see Barry Lyndon on a big screen, and you should jump at it.

Music: A roundup of this month's gigs (including one that happened just too late to be mentioned in last month's MEP). Thursday June 30th: Ed Harcourt, The Borderline. Commemorating his residency in this venue 15 years ago, which is nice as The Belated Birthday Girl and I had our very first date at one of those shows. He did some of the old favourites from back then, but also several songs from upcoming record Furnaces. Harcourt seems angrier than usual, and it's a good look for him. Friday July 8th: Kyary Pamyu Pamyu, Koko. My second time seeing Kyary, and I'll just have to accept that she'll never be big enough in the UK to justify bringing over her arena-sized show: it'll always be just her and half a dozen dancers performing over a backing tape in front of a video projection screen. Nevertheless, even in cut-down form, this greatest hits set was a pure sugar rush on a Friday night, despite having the air of Kyary getting this part of her career wrapped up before moving onto... well, let's see. Monday July 11th: Everything Everything, Somerset House. Ah, the days when the Somerset House concerts were so consistently great that you could book for an entire week's worth of shows and enjoy them all. This is the third time we've seen The BBG's current favourite band in just over a year, and the tracks from the latest album Get To Heaven are now perfectly integrated into the set with their older material. Time to start thinking about some new songs, though. Tuesday July 19th: Prom #5, Royal Albert Hall. For the last few years, any visits we've made to the Proms have been for late night events, so being at the RAH during the hours of daylight felt a bit weird. The Missa Solemnis isn't a familiar bit of Beethoven to me, but it's beautifully performed as you'd expect, and there's a touch of Manchester pride for me in the excellent choral work of the Manchester Chamber Choir and the Hallé Choir. Saturday July 23rd: Pet Shop Boys, Royal Opera House. Celebrating 30 years of pop brilliance (I guess they love 1986 as much as the rest of us), this was a three-decade-spanning PSB set with all manner of lasers and lighting effects to dazzle the eyes. The final thing you see in the show - the curtain going down on 40 dancers in pastel-coloured fatsuits bopping about to The Pop Kids - is an image of pure joy unlikely to be matched on any other London stage this year. If you couldn't make it to any - or, indeed, all - of those shows, have a Spotify playlist as meagre compensation.

Travel: You know, Aberdeen and Edinburgh seem very similar to me. I'm not being Scotch racist or anything, it's just down to the way that The BBG and I experience both cities. We tend to visit for a specific event - in Edinburgh it's the Festival, in Aberdeen it's the BrewDog AGM - and as a result rarely get to see any of the city's other delights. This month, however, we squeezed in a long weekend trip to Aberdeen, and found a couple of non-BrewDog things to keep us happy. One was a visit to the beach and a walk along the promenade - starting in the charming village of Footdee (located at the foot of the Dee river, hence the name), strolling along a few miles of sand, and ending up in Donmouth (located at the mouth of... well, you get the idea). The other was a bus out to Dunnottar Castle, located out of town in the direction of Stonehaven. You'll need to plan this one carefully, as the X7 bus only runs to and from Aberdeen town centre once an hour: but the castle is astonishing, a fine collection of ruins dramatically located on a cliff top. Both of these activities are entirely dependent on the weather being nice, of course: but if it isn't, that's why we have pubs.