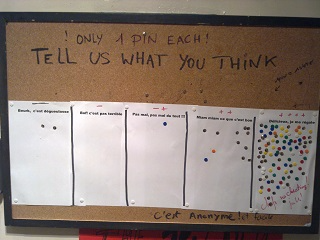 We’ve already had the first, testosterone-heavy part of Spank’s Pals’ roundup of their highlights and lowlights of Edinburgh 2016: now, here come the ladies. 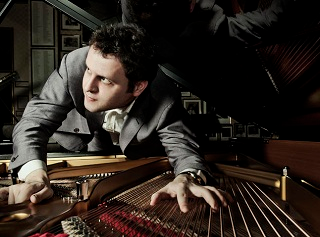 It was Edinburgh, but not as we know it. Yes, we have had a fair amount of sunshine in festivals past, but for four continuous days, the Meadows were thronged with people sun-baking and the aroma of smoking BBQs – was this really Auld Reekie? Mind you we paid for it on Friday, when the heavens opened unrelentingly for most of the day and our hitherto redundant umbrellas came into their own.

Come rain or shine, though, it was another enjoyable Festival week, and I swear it goes faster every year. It seemed like no sooner had we got through the first night show (where again, the Saturday night jinx was avoided, thanks to the ever-entertaining Rory Bremner, with guest star Arthur Smith) and made the customary Sunday visit to Mervyn Stutter (also a quite a strong show this time), then we were packed up and setting off for Waverley Station.

As with last year, it seemed to be a year of plenty of decent shows and no real turkeys, although not so many real stand-outs either. They also seem to be slipping back into a habit of a few years ago, of putting a lot of shows on at a similar time, leading to a clash of timings in those you want to see.

Anyway, for me the highlights were the following:-

And there’s always the old favourites which I can never get past when up here. Special mention must go to Shakespeare for Breakfast, which seems to have become the hot ticket of the Fringe. They have apparently been going for 25 years and I have seen at least 10 of their shows, all of which have put a big smile on my face after a bleary-eyed start at 10.00am – and this year they got Nick on stage.

Other regulars included a lively performance by the American High School of Around the World in 80 Days; the charming Chopping Chillies produced by Guy Masterson; sadly, though, no trip to Valvona and Crolla in the company of the mesmerising Mike Maran - apparently he is winding down now, and the only show he was doing that week was one I had already seen.

One thing, though, I noted this year is that shows seem to be selling out quicker – in particular, our plans to spend our last evening at the National Museum’s Fringe event were scuppered due to non-availability of tickets (despite the fact there seemed to no problem with them the previous day). I guess this is down to the more varied ways available for buying tickets – online, via the Fringe App etc, which are speedier than the traditional queueing at the Fringe Box Office.

However, a week of (mainly) enjoyable and interesting shows, interspersed with plenty of meals and drinks up to their usual standard (and the North Bridge Brasserie has to win the “well-kept secret” award for its wonderful cocktails, lovely food and friendly staff), good company and the whole Festival atmosphere are what brings me back every year. Thanks to Spank once again for all your organisation. 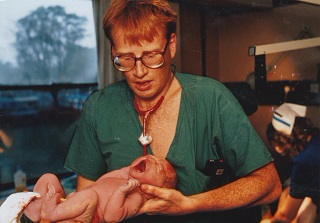 Having been involved in the NHS for one reason or another nearly all my working life, I felt it was incumbent upon me to go and see Dr Phil’s NHS Revolution, a show which I hoped would explain the increasingly baffling market forces currently creeping into our beloved institution. I expected a rather sombre affair from Dr Phil Hammond, perhaps with a few heavy jokes thrown in, which just shows I don't or didn't know much about him. What I now know that he's a funny, engaging, knowledgable man - passionate both about the state of the NHS and the patients he treats.

The doctor used the lifestyle of the Clangers (the pink squeaky things from the 70's) to illustrate a better way of living with regard to our health, the environment, sustainability, and the community. Processed food should generally not be called food at all given its inherent lack of anything that's good for us, and the soup dragon was definitely on the right track. Research proves that having a dog is good for us, activity and connecting better to people reduces the need for medication, and last but most certainly not least, we need more hugs. To demonstrate this he instructed us all to hug the person next to us. (This coincidentally happened to be Old Lag - which was a surprise for both of us.)

CLANGERS can also be used as a mnemonic (not entirely sure that's the right word) to help us remember the various ways of enhancing health and well being. Though this clearly didn't work so well because I can't now remember what the letters stand for, it seemed quite snappy at the time.

There was a lot more interesting political stuff about the way the NHS priorities are directed by profit rather than actual need: one chilling example being the GP incentive of £55 per person newly diagnosed with dementia. Apparently there are some highly dodgy screening tests out there being used for this purpose. Have I mentioned my new job to any of you yet??

It was a fun, funny, interesting event and a call to really look at what we've got before we lose it. I left feeling I had a greater understanding of the behind the scenes changes in the NHS which most people don't see or understand, and I also felt I'd got to know Old Lag a little bit better. 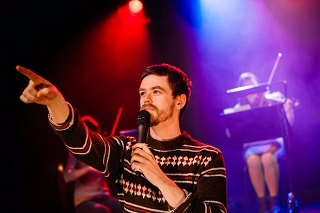 It’s difficult to pick a top show from what I saw at this year’s Edinburgh, as there were many good ones, but if pushed, I’d go with Greater Belfast. There was something about Matt Regan’s part prose, part poetry ode to his home city which stays with you long after you have seen it. The musicality of his delivery combined with the music in a lovely way, and the way it all worked as a whole I felt was quite rare.

Another strong contender would be Young Fathers, and if I hadn’t got slightly grumpy about the members of the audience who felt totally entitled to stand in everyone’s way, it may have been the clear winner. I don’t remember them particularly from when we saw them supporting Dizzee in 2008, to be honest, but the show they put on this year in the International Festival was extremely impressive, both musically and visually.

My top stand-up show was Brendon Burns: Dumb White Guy. When you consider that on the day we saw him we had seen back to back Bridget Christie, Stewart Lee and Andy Zaltzman, and he easily topped the lot, that will give you an idea of just how good he was. I find it impressive that you get a show this great, from a performer this well known on the fringe, as part of the Free Fringe.

I was also pleased with a few more unusual shows – or events – we went to. Although I’m not convinced that the psychometric test in Project Flavour Behaviour worked – it certainly didn’t pick whiskies I would most enjoy – it was a fun idea, and something quite different. And although we didn’t walk very far, Susan Morrison was an extremely informative, as well as very funny, guide on Walking Dead: Famous & Funny. She cropped up again chairing How Cybercrime Benefits Society, which wasn’t quite what I expected it to be, focussing as it did on the “dark net”, but was still fascinating.

I also want to throw in a mention for Mervyn Stutter, who provided us with yet another excellent Pick Of The Fringe. I was particularly pleased that we managed to fit in two of the best of this year’s selection: Olaf Falafel, and a very original Macbeth from TWIST Theatre company.

There were plenty of other really good shows we saw which deserve a mention. Christie, Lee and Zaltzman were all, in fact, very good, but also (in no particular order): Andreas Ottensamer and the Kelemen Quartet’s performance of Mozart and Brahms clarinet quintets; the Doug Anthony All Stars; and The Castle Builder (which gave me a much-appreciated chance to see Kid Carpet do non-kiddie songs) - these were among the other highlights.

The only actual bad thing we saw was Peter Buckley Hill and Some Comedians – to be specific, the middle of “Some Comedians”, Kane Brown, whose set used the sort of unreconstructed material I haven’t seen in years. In fact the whole show was a disappointment, with an unsuitable venue, PBH being under par and not doing the Peas song, and the atmosphere falling so flat that the other two comedians – though perfectly fine – couldn’t lift it.

Finally, I want to talk about food and beer. Best meal we had by a mile was at old favourite Spoon. But I was also very pleased at long last to get to Mother India's Café. I’ve had that on my wish list for years, and getting to it this year, it did not disappoint. It was also nice to get to the new Illegal Jacks, although the set-up is a lot smaller – and more confusing – than when they were on the Lothian Road, and the problems they seem to be having with their licence were a bit disappointing. I also want to mention lunch at Social Bite, who continue to do great work combining social enterprise benefiting the homeless with selling excellent sandwiches.

There seemed to be a lot more decent beer on sale at the festival this year, with real ale in the Gilded Balloon courtyard, and a craft beer bar selling Stewart Brewing’s beer at the Pleasance Courtyard. We also discovered terrific bottle shop and bar Salt Horse. We didn’t try the bar, but the range of bottles in the bottle shop is astonishing: they have a couple of tables in the bottle shop, and you can drink in there for a corkage fee. But talking about beer, I can’t not mention BrewDog, who provided the best beer we drank in their latest incarnation of Born to Die. It’s all gone now – death date 18th August – but it’s always highly recommended when they bring it out again.