Reviewed today: Houston We Have A Problem, Sky Ladder: The Art of Cai Guo-Qiang, Sully. 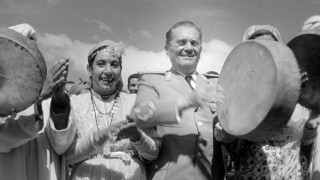 And the documentaries keep on coming. Our first one today comes from Slovenian first-time director Žiga Virc, and looks at Yugoslavia's contribution to the space race: a story that's only now coming to light after the lifting of an embargo on some 50-year-old US government papers. President Tito was pushing for a Yugoslavian space programme as far back as the 1950s, driven by some extraordinary research undertaken by a Yugoslav scientist long before the war. The programme started well - they managed to fire a pig into space and bring it back alive. But they didn't have the resources to go much beyond that. So when the Americans announced their intention to get into space themselves, Tito concocted an audacious plan: he'd sell Yugoslavia's research to the US for two and a half billion dollars, and let them pass it off as their own.

This story is told from the present day perspective of Ivan Pavić, one of Tito's research team. We follow him as he travels back to the former Yugoslavia to revisit his old workplaces. Along the way, he plans to finally see the daughter he's never met: a woman whose only previous memory of her father was when she attended his funeral. Yes, I know. This is a story filled with bizarre incidents and strange coincidences. And it's given a whole new layer of complication by the frequent interventions from one more Slavic celeb: it's Slavoj Žižek, who talks about how nations frequently build their own story out of comforting lies: "even if it didn’t happen, it’s true." Right. Um...

Žižek's first statement along these lines is literally the opening scene of the film, and it destabilises you for its whole running time to hilarious effect. Because this is a film which isn't afraid to mix a little fiction in with its fact. It has no interest in telling you how much of what you're seeing is genuine, and - like its director in the post-screening Q&A - will laugh in the face of anyone who dares ask the question. It works on several levels: it's a genuinely enthralling story, it's a satire on the Yugoslav national myth, and it's a beautifully-wrought compilation of all the cliches of contemporary documentary-making (gratuitous use of drone cameras appears to be the in thing for 2016). Virc's response to anyone asking about the ins and outs of his film's story - basically, do your own damn research - is the icing on the cake, as it subversively wrecks our trust in any documentary footage we're shown. People say this sort of thing all the time, but this time it's true: you've genuinely never seen a film like this. 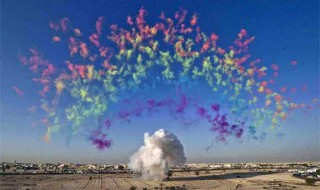 There's a new feature on the LFF website this year. In the old days, only members of the press got to find out in advance which filmmakers would be attending screenings: now, that information has been made available to the public on every film's booking page. This is how I knew in advance that one of the people attending this screening of Sky Ladder would be its producer, Wendi Murdoch. Yes, that one: the woman I insulted appallingly in a tweet I made a few weeks ago. (Not that anyone noticed, mind you: everyone seems to prefer my visual gags.) Given her reputation, I was beginning to fear a little for my personal safety, but I managed to get through the screening without her attacking me.

The former Mrs Murdoch lives in New York these days, and one of her neighbours is the Chinese artist Cai Guo-Xiang, a relationship that ultimately led to her producing this film about him. (He was also at the post-screening Q&A, and did the lion's share of the talking, albeit via an interpreter.) Cai works largely in the medium of fireworks: either explosively singeing images onto canvas, or filling the sky with gigantic symphonies of flame and coloured powder. He's had an idea in his head for over two decades now for a project entitled Sky Ladder, in which a half kilometre-long ladder of fire stretches up from the ground towards heaven. He's tried it three times so far and failed (the attempt in Bath was predictably rained off). Kevin Macdonald's film documents his fourth go at creating the piece, while also telling the story of Cai's artistic progress and family life along the way.

From the evidence of films like Touching The Void, we know Macdonald has the skills to tell these stories, so we're in a safe pair of hands throughout. Cai makes for a candid interviewee, and his tales of the compromises he has to make when producing work for the Chinese government are especially fascinating. His display for the 2008 Olympics opening ceremony - featuring firey footprints in the sky walking towards the stadium - was an example of what he can do given free rein: a subsequent display for a 2014 political conference had all of its meaning gradually stripped from it by meddling committees. And yes, a fireworks display can have meaning: Cai is eloquent about how his use of materials can create a variety of moods other than the obvious 'oooooh'.

The best thing about Sky Ladder, though, is that it simultaneously celebrates the transient nature of Cai's art, while capturing it on video so that it can be enjoyed forever. We get to see several of his displays here at full length, and they're astonishing things to see - it's obvious that a filmed version is no substitute for being there, but it's still a lovely thing to have. This is another straight-to-Netflix documentary (it's becoming as much of a cliche as the drone camera these days), but it's also getting a tiny cinema release starting this Friday. And really, this is a film that deserves to be seen not on your phone or laptop, but on the biggest screen you can lay your eyes on. Sure, it won't be as big as, y'know, the sky, but art always involves compromises. 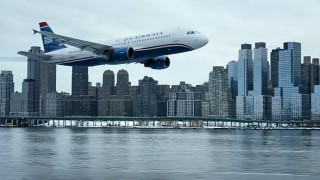 The Blue Posts is DEAD. The Rupert Street pub, a frequent hangout for the Film Unlimited/MostlyFilm posse in between LFF screenings, shut its doors for good this week in preparation for conversion into more fucking flats that nobody wants. A small group of us held a final meetup in it recently, organised by FilmFan, probably the biggest cheerleader the place ever had. With the LFF fast approaching, talk eventually turned to what the surprise film this year would be. There were a couple of obvious suggestions from the festival circuit, notably Jeff Nichols' Loving, but I made a suggestion that was more unusual for it being less unusual: could it be Clint Eastwood's Sully? FilmFan insisted this couldn't happen, partly because it seemed too commercial a film for the slot, partly because he didn't want to have paid £16 for a film he'd already seen at a press screening. So, yeah, I'm feeling pretty smug now, sorry about that.

You know Sully. Full name Chesley Sullenberger, he was the airline pilot who made world headlines in 2009, when the plane he was flying lost both engines and he was forced to land it in the Hudson River. Everyone got off that plane still alive, and Sully was hailed as a hero. Eastwood's film tells the story of that water landing (don't call it a crash, certainly not to Sully's face): but he also tells the lesser-known story of the aftermath of the landing, when Sully was investigated by the National Transportation Safety Board, who believed that he could still have landed at a nearby airport and not trashed an entire plane.

A captain who loses control of his vessel, ultimately gets that control back, but loses his composure afterwards: Tom Hanks depicted that role perfectly in Captain Phillips, and he does a similarly excellent job here. If anything, he's too good, as you find yourself wondering why anyone would want to argue with Tom Hanks about how well he does his job. The NTSB hearings are generally, it has to be said, the most awkward part of the film to watch. Certainly they're awkward for the NTSB, who've complained that they've been made out to be the bad guys in the story, purely because a Hollywood film needs antagonists, and the birds who flew into the plane's engines won't work on that score.

Aaron Eckhart plays Sully's co-pilot Jeff Skiles in the film, and made a welcome surprise appearance at the end of this screening (while cheerfully apologising for not being Tom Hanks). Even he admitted during the interview that the NTSB sections have been manipulated enormously for dramatic purposes: eighteen months of painstaking discussions have been crushed into a tense couple of days of accusations and finger-pointing. It's not an entirely satisfying solution to the most obvious dramatic problem the film has: the event that it's really about, the landing and rescue of the passengers, took about thirty minutes from start to finish, and that leaves a lot of space to fill in a feature-length movie. (Aside from the hearings, Eastwood also fills up some of that space with Sully having nightmares about how it could all have gone wrong: interesting to note that depicting planes crashing into New York buildings is now apparently okay again.)

But the centrepiece of the film is that act of extraordinary heroism, and Eastwood cunningly gets to show it twice, from two different perspectives. And any objections you may have to the surrounding material are pretty much steamrollered over by the intensity of the landing scenes. Featuring seamless effects work by London-based company MPC (we literally passed their Wardour Street offices on the way to the screening), the two versions of the landing are magnificently suspenseful even though we know everything will turn out fine. (It's possible that if we didn't know it would turn out fine, it would be unbearable.) The result is an odd mixture of soap-opera character dynamics and eye-popping spectacle, but overall it makes for a pretty good Saturday night entertainment. It's certainly a better Eastwood plane movie than his last one, anyway.

So it wasn't the Nazi V2 rocket scientists like Werner Von Braun, who got America into space after all. I feel a whole lot better about NASA now.