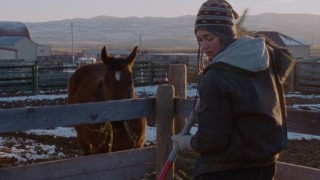 New thrill, Earthlets! (And on a related theme, congratulations to 2000 AD, which hit 2000 issues this month.) It's our first visit to the Embankment Gardens Cinema, a pop-up theatre built just for the festival. It's a functional structure, not massively pretty but it seems to do the job just fine. Having said that, the main thing notable from row D is the huge amount of grain visible on the cinema's big screen. There are shots in this film of people travelling in cars, partially obscured by reflections of the landscape in the window, and they look like they're made out of thousands of coloured amoebae.

Has a decade of exposure to digital cinema wrecked my ability to appreciate natural film grain? I'm assuming it is natural grain, rather than a projection issue, as Kelly Reichardt seems like the sort of director who'd still be shooting on 35mm nowadays. She's a regular visitor to the LFF: in fact, I think every film she's released to date has played at the festival.

Her latest film is built around three short stories by the author Maile Meloy, all set in the same small town in Montana. In the first, Laura Dern plays a lawyer trying to help a construction worker get accident compensation: in the second, Michelle Williams is a mother trying to build the house that will keep her family happy: and in the last, rancher Lily Gladstone strikes up an unexpected friendship with night school teacher Kristen Stewart.

This feels a little like what Short Cuts did for the work of Raymond Carver, albeit with less complex overlaps between the stories. As is usually the case with Reichardt's original scripts, these are more character studies than dramatic narratives: and as such, the first and second parts didn't really do it for me, since I didn't find the characters all that interesting. But the last story (which feels like it's the longest, though I can't be sure) is the most satisfying, with beautifully judged performances from Gladstone and Stewart. The story of their relationship is told entirely under the surface of their hesitant dialogue, and it's a magical little bit of cinema that's worth ploughing through the other two stories to get to. 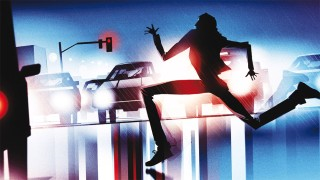 The Sonic strand of the LFF programme - the bit dedicated to the overlap between films and music - is usually one that The Belated Birthday Girl and I hit quite heavily. This year, however, not so much. At one point we were this close to getting tickets for We Are X, a study of one Japan's baffling hair metal bands working in the genre they call visual kei: however, some Surprise Film tickets came onto the market and we went for that instead. This programme of music-related short films is the closest we're getting to the strand this year: though it's only after the screening that we remember we also chose it for the high proportion of animated shorts in it. (Can we have the Animation Panorama programmes back now, please?)

These are five very different short films, with music being the only common thread that links them. Charlotte Scott-Wilson's Hold On [official site] makes for an excellent opener: a tense psychological thriller, in which the snapping of a cellist's string during a concert results in an epic attack of the yips. It's followed by the animation Pear Cider And Cigarettes [official site], in which director Robert Valley tells the (true?) story of a friend's death with astonishingly stylised imagery and a soundtrack containing more songs that your average feature film. It's the longest film in the programme at 35 minutes, but never outstays its welcome: though it does mean that Ainslie Henderson's three minute stop-motion fantasia Stems [trailer] is reduced to the level of a palate cleanser, albeit a delightfully-tasting one.

Alex Wu's Motown [official site] suffered a little from his own on-stage introduction: it's a piece that establishes a very specific mood through the performance of a song, and I think it was a mistake of him to try and explain that mood in words before we'd had a chance to see the film. For that reason, it's the one I'd most like to see again, possibly trying to ditch his verbal baggage so I can come to it fresh. Mikey Hill closes the programme off with the third animation in the set, The Orchestra [official site]. It takes a neat basic idea - everyone is accompanied by a band made up of smaller versions of themselves, playing their own personal soundtrack - and finds inventive ways to get a human story out of it, rather than just a string of gags. It's a lovely capper to an excellent set of short films. 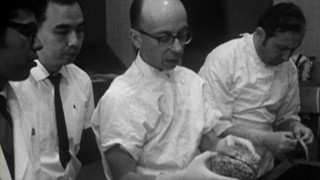 Last year, The BBG and I saw our first ever Frederick Wiseman documentary, after years of nagging from fans of his like Lesley. In Jackson Heights turned out to be one of the highlights of our festival. Wiseman's been making documentaries since 1967, which means we have a lot of catching up to do. Hence our presence at this archive screening of one of his earliest works, shot over a month at the New York Metropolitan Hospital in 1968.

Obviously we've only got Jackson Heights to compare this against, but it's surprising to see how little Wiseman's style has changed over nearly five decades. (Well, maybe one difference is worth noting: this particular study is a tidy 85 minutes long, rather than the several hour runtimes of his later work.) He focusses on the human stories passing through the emergency wards, and presents them without voiceover, captions, or any interference other than the selections he makes in the edit.

The stories are extraordinary - this is New York, so the cases aren't just people walking in off the street with sprained wrists. A psychiatrist phones the welfare department to ask them to help a young schizophrenic without getting his family involved, and you can deduce their intransigence from just his side of the call. There's a recurring theme of parents and children being separated, with one in the hospital and the other uncontactable at home (and it goes both ways). The most visually memorable sequence involves a young man who's taken some dodgy mescalin. He spends ages bouncing off the walls and ranting paranoiacally, before suddenly becoming very, very ill in a shot you feel must have been used by Trey Parker as visual reference for Team America: World Police.

One excellent bonus at this screening is the presence of Wiseman himself, giving some fascinating insights into his filmmaking process. (Here's the most astonishing detail from his talk: although he always aims to get consent from the people who appear in front of his camera, whenever he makes a film in a taxpayer-finded institution such as the hospital, the First Amendment means he doesn't have to get any consent at all.) His process may not have changed very much since 1968, apart from the move to digital cameras (probably useful when a film like Hospital generates over 100 hours of rushes). But his aim is still the same: look at the people, and the way in which they try to communicate with each other. You feel a sense of awe at the doctors and nurses having to cope with the multiple crises being hurled at them: initially you get angry at the patients who fail to co-operate fully with them, but gradually you come to understand they're just people too, trapped in the same system.

It's the way that Wiseman can generate such sympathy for all his subjects that makes him one of the legends of documentary film. His next project is a study of the New York Public Library: I suspect it'll be at LFF 2017, and I suspect we'll be there for it, no matter how many hours long it is.