Reviewed today: After The Storm, Life After Life, Lo And Behold: Reveries Of The Connected World. 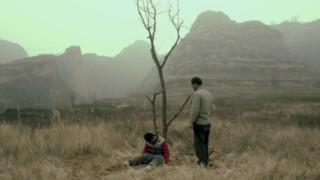 Back in the day, the London Film Festival was crammed with slow Asian cinema: movies from all over the continent that played at a meditative, sometimes glacial, sometimes positively narcotic pace. Why don't we notice those any more - have they stopped making them, or have I just built up a tolerance? Well, Life After Life certainly feels like an old school slow Asian film, and on this evidence it looks like I've built up a tolerance.

Leilei (Zhang Li), the young son of widower Mingchun (Zhang Mingjun), gets separated from his dad in the woods for several minutes. When Leilei comes back, he announces that his body is currently being possessed by the spirit of his dead mother. Everyone seems to accept this as perfectly normal. You'd imagine that mum must have a massively important reason for coming back from the dead like this, but apparently not: she just wants her husband to uproot an old tree from their front yard and plant it somewhere else. Along the way, still in her son's body, she pays courtesy calls to a few members of her family, while giving advice to Mingchun about how to get back in touch with his parents. Who are also dead.

Jia Zhangke is credited as producer, which possibly makes first time director Zhang Hanyi some kind of protege of his. The two certainly share a delight in long takes of the gloriously shot rural landscape, as well as the more urban charms of Mingchun driving his truck up and down the motorway. It's always fascinating to see contemporary China in movies, and Zhang shows you things you haven't seen here before, such as the wood-fired cave house that Mingchun lives in. The film's slightly surreal approach to mortality is just the icing on the cake.

Life After Life may take things quite slowly on a scene by scene basis, but once you get attuned to its pace it's never dull. In fact, the whole thing is wrapped up in a tight 80 mins, culminating in a final shot that genuinely leaves you feeling that you'd like to see a bit more. If we can't get more of the film, hopefully we can get more of the director in the future. 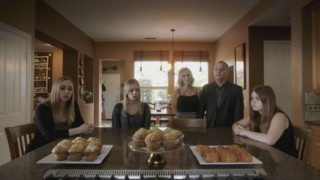 There's a major improvement to report on in the organisation of this year's LFF programme. In recent years, there's been a tendency for the live events involving onstage appearances from directors and stars to be announced after the publication of the printed programme, making it an absolute cow trying to plan your schedule. This year, a satisfying proportion of the live events have been in the programme since day one. Inevitably, they've also been the first ones to sell out, notably two slots featuring onstage appearances from Werner Herzog.

This presumably explains the special treatment that one of those events has been given, opening it up literally to the entire world. The screening of Herzog's latest documentary, as well as an onstage Q&A afterwards, was streamed live to several dozen UK cinemas (we caught it at the Gate in Notting Hill), as well as over the internet to anyone who was online at the time.

All the technology being used to achieve this fits in with the theme of Herzog's documentary, a ten-chapter study of the internet and how it's changed our lives. It's told with his typical attention to surreal detail: like the fact that the first word transmitted over the internet was 'lo', which sounds portentious until you learn it was a login command that crashed halfway through. Herzog looks at the good points (the crowdsourcing of medical research), bad points (video game addiction, the sharing of taboo images), and possible futures in areas like robotics and artificial intelligence.

"Does the internet dream of itself?" asks Herzog in the most Herzogian moment of the film. It's a question whose answers reveal a lot more about the interviewees than the topic at hand, which is only to be expected: because Herzog's prime interest (as ever) is in people and communication, which then leads to an analysis of the pros and cons of the tools we've set up for ourselves over the last couple of decades. If anything, there are possibly too many ideas covered with not quite enough depth, but it makes the film a great springboard for discussion.

This leads us nicely into the post-screening Q&A, hosted by Richard Ayoade, who chooses to do this in the persona of a serious film buff rather than coming on as Moss from The IT Crowd and taking issue with every technical detail in the movie. Ayoade handles the interview with Herzog effectively, though at times it feels like a battle of wills as to which director's slightly over-emphasised ironic persona will win. "You seem to have a lack of self-doubt," says Ayoade at one point, "whereas I'm completely made up of self-doubt." Way to completely hammer home the subtext, dude. Still, there are plenty of good one-liners that emerge from the talk: after all of his talk about dreams, Herzog insists that he himself only dreams once a year, usually about something mundane like eating a sandwich. ("Good dream," observes Ayoade.) If it's not a Q&A particularly overloaded with deep philosophical insights, it's at least a delightfully entertaining one. 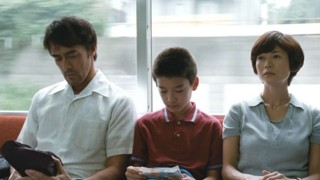 Ryota (Hiroshi Abe) is a man with enough problems to justify the label of midlife crisis. He's trying to cope with the aftermath of his father's death: sorting through his old stuff, looking for things to sell because he's short of cash. He's either working as a private detective or researching the job for a new novel he's writing, depending on who he's talking to. And his relationship with estranged wife Kyoko (Yôko Maki) and son Shingo (Taiyô Yoshizawa) is suffering due to his problems paying child support. Still, with a little help from Ryota's mum (Kirin Kiki), not to mention a gigantic typhoon, some of this may eventually get resolved.

Hirokazu Kore-eda is on a ridiculously successful streak right now, to the extent that I'm now nervous about how much longer he can keep it up for. Maybe this is what it was like living in Japan during the era of Ozu: people just got used to the idea that once every year or two, he'd produce another masterpiece without any apparent effort. Getting used to that as an idea seems like a dangerous thing, because we're all going to be disappointed as hell when he either drops in quality or simply stops making films.

But in the meantime, this is another great film from Kore-eda. Compared against his recent work, this has a much more straightforward story: there are a number of subplots which are both set up and completed by the halfway point, clearing the decks for the long dark night of the soul that coincides with the arrival of the typhoon. As ever, there's no melodrama in his family arguments, just a meticulously observed study of how people who love each other get over their differences. His wit, warmth and humanity are all there in abundance, as well as many of his regular actors, including Kirin Kiki and Hiroshi Abe reprising their mother and son relationship from 2008's Still Walking. The ecstatic response to Kore-eda coming on stage after this screening confirms something we sort of knew all along: this festival loves him, and with good reason.