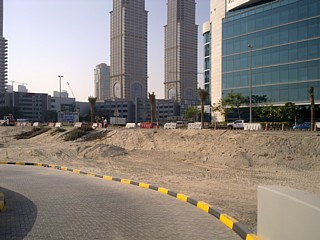 First up is the trailer for Hajwala, which as you can see is subtitled in English just like the film is (and just as badly: this is where I grabbed the 'he is a big lair' shot used in the main article).

And just to confuse matters, let's follow that with the trailer for Hajwalah, the earlier Saudi documentary on a similar topic. This is the film that Time Out Dubai thought was showing in cinemas that week, rather than the UAE fictional production of almost the same name.

Moving on to Bilal, the CG animation that's been released in both Arabic and English versions. You can guess what's coming, can't you? Here's the Arabic trailer: see if you can work out what's going on...

...and now here's the English version of the same trailer so you can see how well you did. This Monoglot Movie Club stuff's a piece of piss, innit?

Here's a final trailer to bring us back full circle. The Worthy is yet another Emirati film to be released this year, and this fascinating-looking trailer was playing in cinemas while I was in Dubai. I left town before the film made it into local cinemas, but when I returned home I found that it was in the programme for the London Film Festival that week. Sadly, I couldn't make room in my schedule for it: however, my MostlyFilm colleague Susan Patterson did, and she was impressed -  "so unlike any Arabic film I have ever seen, it kept me gripped until the end, albeit watching from behind my coat."