As has become customary in recent years, The Belated Birthday Girl and I are sitting at opposite ends of the sofa writing our festival roundups simultaneously. We're trying not to peek, but obviously we talk to each other and so on, so I'm aware there's going to be some overlap between our two lists. Let's see how much, shall we? 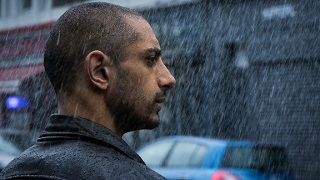 Top 5:
City of Tiny Lights
Houston, We Have a Problem!
Life After Life
13th
After the Storm
Bubbling under: Ten Years, Paterson, Dawson City: Frozen Time

Bottom 2:
Trespass Against Us
Private Property

A total of 30 films / events seen this year, continuing to reflect the shorter festival, but also a deliberately reduced daily hit rate. But all in all, a pretty strong programme this year. The Top 5 films were all very different, and all ones I would highly recommend. City of Tiny Lights managed to completely feel like a Raymond Chandler story, whilst also feeling absolutely of its time and place, covering as it did so many of the current concerns in London in a completely natural way. Riz was great, as I’ve come to expect, but the rest of the cast were strong, too, and I have no hesitation in calling this the film of the festival for me – although this is again complicated by me seeing Arrival after the festival was over, and being hugely impressed with that also (see also: Like Father, Like Son in 2013). Houston, We Have A Problem was fascinating, and may have affected how I watch all documentaries from now on – it certainly did colour some of my reactions to some which I saw later on in the festival. Life After Life just really worked for me, and I am someone who has a history of not getting on with slow Asian cinema. 13th I think I have covered in my review of it. And After the Storm is just another great Kore-Eda, if not up with my absolute favourites, as otherwise it would have been higher up the list.

The Bubbling Under list was actually difficult to keep to 3, but if I hadn’t, there would be a danger of having nearly all the rest of the films I saw on it. Ten Years would probably have made it into the Top 5 if the 2nd of the films had been as strong as the other 4, and Dawson City was a delightful and unusual documentary. And I just really enjoyed Paterson.

As for the bottom 2, neither were without any redeeming features. I would say my biggest problem with Trespass Against Us was the idea that in any sense at all we were supposed to admire the main protagonist. And Private Property just hasn’t dated at all well in terms of its subject matter and how it is handled, but the way it was shot gave it a level of interest that lifted it up sufficiently to stop it being my least favourite film of the festival.

Apart from those 2, I was a little disappointed by Mifune, as although the clips and stories told were enjoyable, I didn’t really feel it did anything new as a documentary or tell me anything particularly insightful. And Ascent was a bit too much of an art project for my taste, but it wasn’t advertised as anything else, so I don’t feel I have room to complain. And neither disappointed me enough to want to put them into an actual “Bottom” list.

Pretty much everything else I saw was good, and again we had a fairly decent hit-rate for attendees with the films, especially over the first few days, with Kore-Eda being a particularly nice surprise. Although I was a bit disappointed about a few where we knew people had been in town, but they hadn’t been bothered to hang around for the screenings we were at (specifically thinking of Dearest Sister, but I think there were one or two others, too).

So, overall another good festival. I still haven’t quite got over my quibbles with the changes Clare Stewart made when she took over – and I still want the Animated shorts back – but I can’t quibble too much over the quality of the festival programme. 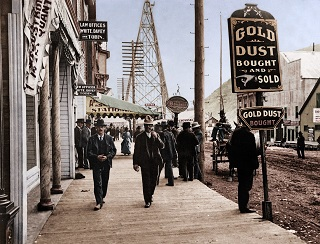 Was this really the best film I saw at this year's festival, or was I just out of my mind on jetlag at the time? I guess we'll never know...

Best:
Dawson City: Frozen Time
Houston, We Have A Problem!
Paterson
City Of Tiny Lights
After The Storm

Worst:
Trespass Against Us

The top two films in my list make for a nicely contrasting double bill in their own right: the first tells a true story by editing together clips from fictional films, while the second - and I guess I need to say this out loud now - creates a largely fictional story out of old documentary footage. The end results are wildly different: Dawson City fills you with awe at how resilient a material film can be, while Houston leaves you wondering if you'll ever believe anything a documentary tells you again.

The other three in my top five are all unashamedly made-up stories: two from acknowledged masters at that sort of thing (Jarmusch and Kore-eda), sandwiching an fine British noir from Pete Travis, which reminds me that somehow I never got to see his earlier Judge Dredd movie. If pushed to add another one to the list, I'd go for Kelly Reichardt's prize-winning Certain Women, albeit with reservations. Of its three sections, the first two didn't really grab me, but I think the third is some of Reichardt's finest work ever.

The BBG and I were more or less left to our own devices this year, but thanks to the Pals who came to a few films along the way (SeaPea, Chris and Stephen), to the various FU/MFers we bumped into (mainly Phil and briefly FilmFan), and to you lot out there for reading this stuff. Bearing in mind that I started doing daily LFF coverage when this site first began in 1998, that means that 2017 will be my 20th consecutive year of trying to cram too much film watching and too many film reviews into the waking hours of the day. Hopefully I should still be up for it by then. Being a monkey, and all.

Could I suggest a 'Universal Translater' - standard issue at Starfleet, which I am sure either the Aliens or Amy Adams could have picked up on ebay

Just seen Paterson at the Showroom Sheffield today (remember that place). If only bus driving was like that !

Loved the dog by the way.