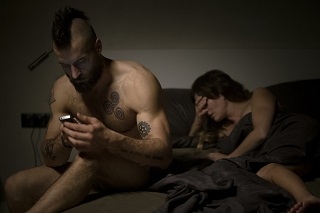 If things go according to plan - bearing in mind, of course, that we currently live on a planet where the concept of 'things going according to plan' appears to have been completely abandoned - then during February, you should see three new posts on here covering the cities we visited on our Christmas holiday: Berlin, Warsaw and Krakow. Lots of sights were seen and lots of beer was drunk, so there'll be plenty to talk about there.

It was the first time ever in Poland for both The Belated Birthday Girl and myself, so that was a whole new set of experiences to process in itself: and, inevitably, one of those new experiences was seeing Polish movies without subtitles at the cinema. It didn't work out quite as successfully as I'd hoped, but the results are now documented in the traditional way, in an article on MostlyFilm entitled Monoglot Movie Club: Bipolar.

To spoil the article a little for those of you who haven't read it yet, we (eventually) watched the latest two episodes in a crime drama franchise called Pitbull. It's a series that's had a long and complex history, as I explain in the review: and you can experience that history right here, right now in this Bonus Content for the review, as I present a series of videos showing how Pitbull has evolved over the last twelve years. Caution: scenes of violence, sex and mucky Polish language will follow.

Living For The Weekend: A 2017 Diary By The BBG 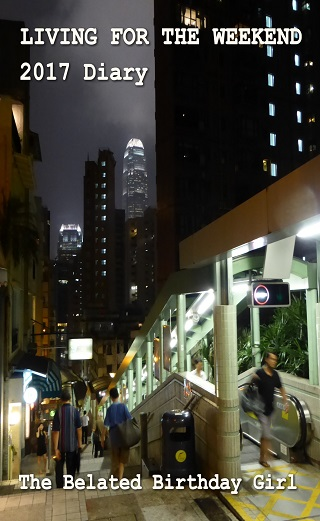 Om Puri, the great Indian actor, died on January 6th 2017. You may know him best from his starring role in East Is East: while in these pages, I've reviewed his 1997 performance in My Son The Fanatic. But aside from UK productions like those, he was also a solid and comforting presence in Indian and international films for forty years.

Here's a wee experiment for you to try. Go to your 2017 diary and turn to January 6th. Is Om Puri's death noted in there? Of course it isn't. You might just assume that all diary publishers are racists, but in fact what you're seeing is the revelation of a dirty little secret that these publishers have been keeping to themselves for decades - even though the diary says 2017 on the front, it was actually written and published in 2016.

What if there was a diary that didn't play to those rules? A 2017 diary which didn't even go on sale until January 16th 2017, largely down to Microsoft Word generating ghost pages which couldn't be edited or deleted but still kept printing out regardless? A diary which could, therefore, include events from the first two weeks of the year in its listings?

Well, that was my idea for justifying the publication delay of Living For The Weekend: 2017 Diary. But when I suggested it to The Belated Birthday Girl, she looked at me like I was some sort of mental and refused. So that's why Om Puri's death isn't listed in there. Fair enough: it's her name on the cover, after all.

Continue reading "Living For The Weekend: A 2017 Diary By The BBG" » 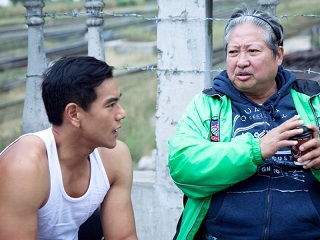 I'm never quite sure what to do about Fridays.

As you're probably aware, MostlyFilm generally publishes on three days a week - Mondays, Wednesdays and Fridays. You're probably also aware that whenever I contribute a piece to Europe's Best Website, I like to include a post of backup material here as well, in a healthy spirit of cross-promotion. When the original piece goes up on a Monday or a Wednesday, it's nice and easy: I'll post my backup the day after, in the gap between two MostlyFilm posts, and everyone's happy.

But what about when MostlyFilm publishes me on a Friday? Well, there are several possible options. Sometimes I post my backup material on the same day, or the day after, or leave it until the following week. Or, on the odd occasion, I forget to do it altogether and have to hurriedly cobble together something nearly a fortnight after the original article.

Which is why my review of the excellent Hong Kong action movie Call Of Heroes appeared on MostlyFilm on Friday January 6th, and this backup piece is appearing some thirteen days later. Sorry about that. Anyway, I've got some video clips for you featuring several of the people involved in the film, in case you were interested in finding out what they'd done before this one. 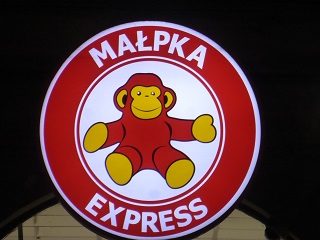 Comedy: As has been the case in previous years, our final night of 2016 was spent in the company of Hampstead Comedy Club boss Ivor Dembina, as he  hosted another one of his No Rip-Off New Year's Eve stand-up shows. And as ever, the first morning of the following year requires me to battle a hangover and tell you what that show was like. This year we got half a dozen comics for our money (a very reasonable £15). Well, it was supposed to be half a dozen comics. Ivor opened the proceedings with an announcement: "the bad news is, Harry Deansway's had to pull out. The good news is, I've heard he's shit." Of the rest, Faye Tracey's trombone-based antics, Rick Kieswetter's edgy observations on race and Zak Splijt's shouty but smart character LJ Da Funk all had their moments. The highlights of the night, though, were Jon Long and his comedy songs, and Mark Silcox's hilariously deadpan turn, so ridiculously low-key that it took a few minutes to realise how brilliant his jokes were. The show ended with Auld Lang Syne at midnight followed by a quick fizzling out, which was a shame when compared to Andy Zapp's impromputu iPhone disco last year. But other than that slight disappointment, it was once again a great way to see in the New Year without all the usual hassles.

Music: Earlier in December, I posted my traditional Pick Of The Year piece, selecting a CD's worth of songs from the preceding twelve months and setting a competition for one lucky reader to win their own copy. You may remember that the 2016 CD had the unwieldy title of Täähä Menöö Hyvi! (from a song by the Finnish band Enkel), and the competition required you to explain the title in English. At this point, I somewhat predictably have to hand you over to Dave in Shoreham, and quote extensively from an email he recently sent me. I know the competition still technically has a month to run, but look at this and tell me to my face that he hasn't won it...

Well, I complicated that more than I should have done - having found no translations in a variety of Finnish translation sites, I resorted to emailing the band, who replied very swiftly, and in great detail:

Hi Dave!
That means "oh, this is going well!" or the way the man on the archive recording originally said it could even be "oh, this is going better than I thought it would!!".
We spotted it on recording of Aapeli Hautanen, a melodeon player from Jalasjärvi. On the tape he starts playing a tune, plays for a while, stops and goes "täähä menöö hyvin!" and then just continues from where he stopped. So funny!
The proper Finnish for that sentence would be "tämähän menee hyvin". Aapeli Hautanen, as well as 2/4 of the band comes from the county of Southern Ostrobothnia and there the dialect is still very strong. That's why it's a bit different than it would be in "official Finnish".
Greetings from the whole ENKEL!
All the best,
Leija / ENKEL

Of course, I then watched the video, and realised that it's stated very plainly in the middle of it (and this also explains how you got that particular dialect spelling) D'oh. Still, some interesting info, and a great video.

I was assuming that people would just watch the video and get the correct answer from there, you know. Regardless, congratulations once again, Dave. And to celebrate, here's some previously unseen footage of Enkel from that first time we saw them in Helsinki on Midsummer Night last year.

Travel: It probably won't surprise you to learn that we were away over Christmas. The main cities we hit this time were Berlin, Warsaw and Krakow: anyone who's spent any time on this site can probably deduce how we came up with that route. Full reports from each city will follow in the near future, or at least some time in 2017, you know what it's like around here. But there were two other cities we passed though at high speed during our return journey, so I can give you a couple of notes about each of those here. We'd never actually spent any real time in Cologne before, having just used it as a railway interchange and nothing else. As it stood, all we had time for this visit was dinner and a night in a hotel. Dinner was at the ridiculously named Gilden im Zims 'Heimat kölscher Helden', a delightfully traditional brauhaus where the bratwurst comes in units of half a pound and a request for beer is automatically assumed to mean kölsch. Our hotel for the night was the equally overnamed CityClass Hotel Europa am Dom, a perfectly reasonable business hotel kicked up a notch by a gloriously comprehensive breakfast buffet. The following morning we headed out to Brussels for the final stop of our journey before getting the Eurostar back. We can report that BrewDog Brussels is still looking a bit quiet, but at least had some life in it on a Friday lunchtime. Meanwhile, the Winter Pret collection of Christmas markets and other attractions is still as lovely as ever. If you're reading this on the day of publication - January 1st 2017, obviously - there's just about enough time for you to rush over there and catch the final day. Otherwise, you'll have to go back next Christmas.