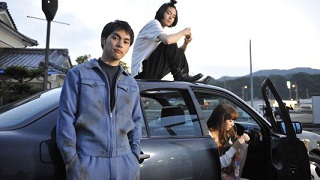 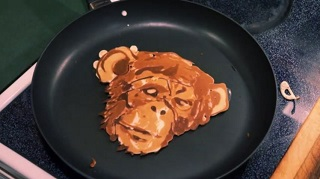 Comics: Received in Christmas presents last December, thanks to The Belated Birthday Girl: a book entitled The Comic Book Story Of Beer. No real surprises there, I guess. Writers Jonathan Hennessey and Mike Smith have set themselves a major challenge, as the book's subtitle suggests - The World's Favourite Beverage From 7000 BC To Today's Craft Brewing Revolution. But in the space of 170 pages, and with the invaluable help of artist Aaron McConnell, they just about pull it off. You could argue, perhaps, that it's a little too self-consciously epic, flitting around between a variety of framing devices without ever really settling on one. But it's an entertaining illustrated history, with some useful digressions along the way regarding the brewing process and the various beer styles that have been popular throughout the 9000 years covered. As I'm just about to start a Dry February - it's less annoyingly trendy than Dry January, and shorter too - this book may be the closest I come to beer for the next four weeks.

Movies: As we enter Oscar season, there are plenty of movies in the cinemas battling for your attention. You may have missed out on Dangal, though, despite it becoming the highest-grossing Bollywood film of all time within three weeks of being released. Ever since Lagaan, Aamir Khan has been the most fascinating of the Bollywood stars out there, always willing to experiment with subject matter that might raise the eyebrows of Indian audiences. The story of Dangal is no exception: former wrestler Mahavir Singh Phogat (played by Khan himself) desperately wants his children to carry on his legacy, and when all his children turn out to be girls he decides to train them as wrestlers anyway. The rest is history, as this is a true story - Geeta and Babita Phogat went on to win medals at the Commonwealth and Olympic games. Like Lagaan, it's a sports drama where the final outcome is never really in doubt, and if anything Dangal is even more shameless in the devices it uses to stretch out the tension. But it's a finely paced story, well acted by everyone, with Khan once again not afraid to push his character to the point where you almost lose sympathy with him. It's still hanging on in a few UK cinemas, so see it if you can. Or just enjoy its naggingly catchy theme song.

Music: 1: Not wishing to get too far into the controversy over whether it's any good or not, I'll just say that all the negative reviews of the film La La Land read like first draft suicide notes from people who don't know what joy is any more. 2: The first ten seconds of this are sponsored by The BBG, who wonders whether this and the previous track are related. 3: In a career noted for its visually deranged videos, the one for new single Harajuku Iyahoi is still some sort of high water mark for Kyary. Until the next one. 4: This one comes from a present that I bought The BBG for Christmas, the KMH greatest hits album (more specifically, the limited edition bonus disc with b-sides and live tracks and so on.) 5: A more cynical person might yawn and say that Elbow are just about to release their album again. But it's always a good one, and I'll be in the queue this weekend when it happens. 6: Inspired by seeing JJ live at the Roundhouse, where the 10-15 minutes jams of their last album Starfire suddenly made complete sense. 7: Favourite quote so far from a 2017 movie: "What is this?" - Mark Renton, T2 Trainspotting. 8: Another track from the T2 soundtrack. I was raving about Young Fathers as far back as 2008, you know. 9: You're all still watching Crazy Ex-Girlfriend on Netflix, I take it. Just in case you're not, this is a love song performed by the single most appalling male character on the show. 10: I sent two tweets about John Hurt's involvement on this track the day his death was announced: the official AoN account retweeted this one, but curiously not this one.