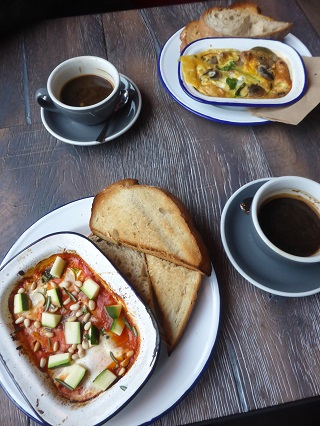 As I walk into BrewDog Berlin for the very first time, David Bowie's Heroes is playing over the PA. I, I can remember, standing, by the Wall...

Really, BrewDog Berlin? You're going to play it like that? Well all right, then. 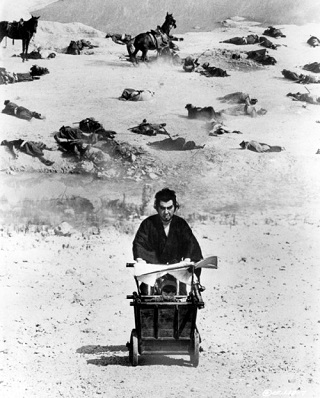 We've been here before, at least a little bit. A dozen or so years ago, a short festival of Japanese cinema called Wild Japan played in London, and almost inevitably I got to write about it on here. Included in the writeup is a review of Shogun Assassin, which I finally got to see in a cinema for the first time, after years of watching sub-par home video copies. Even then, they had to project the film from a DVD, owing to various problems with getting hold of a 35mm print. At the time, I said "Enjoyable as it was to see this projected on a big screen, I'm sure someone could clean up in cinemas with a decent restored print in the future."

Well, that still hasn't happened. But what we do have now is a Blu-ray box set from Criterion containing a high-definition (though still unrestored) copy of Shogun Assassin, plus beautifully cleaned-up copies of the two original films that it was constructed from, as well as their four sequels. Packaged under the original series title of Lone Wolf And Cub, it's in the shops right now.

I've reviewed the whole damn thing on MostlyFilm, in an article entitled Babycart On The Ray Of Blu. And as this is another MostlyFilm piece referencing a large number of films, it's accompanied here by some Red Button Bonus Content featuring a playlist of trailers for all of them and more. Caution: the trailers are reasonably representative of the levels of violence and sex to be found in the films, so be careful where you watch them. 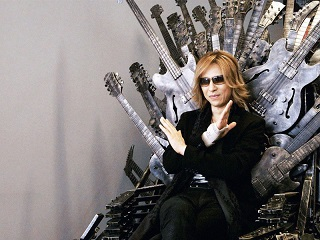 If you're reading this post on the day it goes up - i.e. Thursday March 2nd, 2017 - then this counts as a timely warning. Because TONIGHT, many cinemas around the UK will be holding a one-off screening of We Are X, a new documentary film about the hugely popular Japanese rock band X Japan. Never heard of them? That's why you need to see a documentary about them, I guess.

Still not convinced? Well, to be honest, the only reason I bring it up is because I've written a review for MostlyFilm of We Are X, which you can read right now. As you'll see, I think it's a fascinating film, but I wasn't particularly interested in X Japan's music. Maybe you'd like to take issue with me on that, or you'd like to hear some songs for yourself before buying tickets for their Wembley Arena gig this Saturday.

You know, this feels like exactly the sort of reason why Red Button Bonus Content was invented! So here comes a video playlist featuring one song from each of the five studio albums X Japan have released to date. (They've been promising a sixth for some time now, but still no word on that yet.)

Continue reading "MOSTLYFILM: We Are X" » 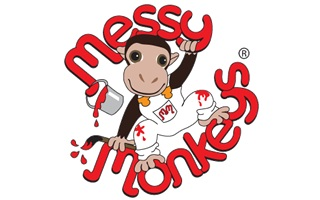 Movies: In early 2016, I guess this section of the site went on quite a bit about Chinese New Year: although as it was the official Year of the Monkey, at least I had an excuse. By comparison, this year's transition from Monkey to Cock (and I've been told by people who know about these things that calling it Rooster is just Westerners being a bit squeamish) was relatively restrained. Having said that, I did get to see one of the latest Chinese New Year movies, and it did feature another iteration of the old Monkey King legend. Back in 2013, god of Chinese comedy Stephen Chow wrote and directed Journey To The West: Conquering The Demons, a retelling of the familiar origin story of how Monkey, Pigsy, Sandy and the monk Tang Sanzang got together and set out on their quest. Four years later, we now have the sequel Journey To The West: The Demons Strike Back, which tells a couple of stories of the team's adventures during that quest. This time, Chow has limited himself to writing and producing, and left the direction to the equally godlike Tsui Hark: that led me to believe that the film certainly wouldn't be lacking in visual ambition, but some of the clarity of the storytelling may be lost along the way, a frequent problem with Tsui's films. I needn't have worried. Chow seems to be acting as a steadying influence as producer, ensuring that the gargantuan scale effects sequences stay within the bounds of visual comprehension throughout. At the same time, he's not lost his knack for cramming jokes of all types into a film, whether they fit into the period setting or not: this trailer shows you the degree of daftness to expect. (That's Tsui and Chow themselves in the final shot, a piece of information which may come in useful when you hit one of the most unexpected gags in the movie.) Given that the entire principal cast has been replaced between the first and second JTTW movies without any apparent impact at the box office, it looks like Chow can keep making one of these every few years as long as he can keep writing them. Clear a space in your diary for February 2021 just in case.

Telly: Over on Netflix, they've currently got series one of Dirk Gently's Holistic Detective Agency. You may think you've seen this already, but you haven't: you've seen Dirk Gently, a series of feature-length stories starring Stephen Mangan as the sort-of-detective created by Douglas Adams. The thing that made Adams' Gently novels so much fun was the sheer amount of detail they hurled at you, while quietly reassuring you that despite all evidence to the contrary, everything would tie together by the end. When you're telling ninety-minute stories (as the Mangan version was), there isn't time to wander down all those apparently random tangents. But now we have a new eight-hour American miniseries - showrun by Max Landis, son of the more famous John - telling a single extended tale. On the evidence of the first three episodes, it's certainly got the density of the original books, as well as an enjoyable performance by Samuel Barnett treating Dirk as a more annoying version of the eleventh Doctor. You could take issue with the way Landis has chosen to pump up the level of violence, resulting in an overall tone that's quite different from what Adams achieved in the books. Nevertheless, it still feels kind of right, so I'm in for the rest of it.

Travel: I've travelled with easyJet in the past. As budget airlines go, they're perfectly fine within their limitations. I've also used some of Stelios' other ventures such as his internet cafes, again without any major problems. But I'm going to have to draw the line at the easyHotel. For reasons which needn't concern you, The BBG and I had a requirement to be at Paddington station very early on a Saturday morning. We looked into the possibility of just getting a taxi from home at the crack of sparrowfart, and then thought of an alternative: was there a cheap hotel in the Paddington area we could stay in on the Friday night? And the answer was, yes, the easyHotel London Paddington, offering rooms from a mere £34. Never has the adage 'you get what you pay for' been so harshly demonstrated. Admittedly, we'd gone for one of the basement rooms with no window to save a few bob, but even then it was microscopic: the tiny amount of floorspace not occupied by the bed was just enough to allow the bathroom door to open and no more, so tough luck if you've brought any bags or anything. The bathroom was equally compressed, with the shower curtain being the only thing stopping the shower from drenching the toilet in water. And everything is painted in easyJet orange to subliminally hammer home the branding. We were expecting that anything beyond basic service would require a surcharge: the TV, the wi-fi, even getting your room cleaned between one day and the next. But it proved to be the final straw when we went to reception with cash in hand to get a cup of tea before bed, and were told 'the machine's broke' with no attempt at trying to find an alternative solution. Maybe we'll just go for the early taxi next time.