Home Archives/Categories About Me RSS Feed Mailing List Email
MOSTLYFILM: Once In Every Generation
MOSTLYFILM: Tales Of Asian Vengeance 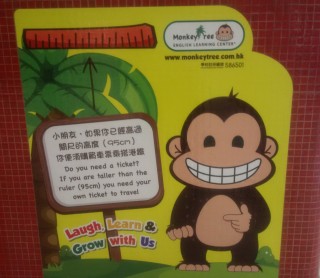 In the meantime, your Simian Substitute Site Of The Month for May 2017 is Monkey Tree, an English learning centre in Hong Kong. Why them? Oh, you work it out. It may possibly be tied in with the reason why this month's Simian page is even more rushed than usual.

Comments below, please! I'll get around to reading them, um, eventually.