Just to get this out of the way up front: no, The Belated Birthday Girl and I are not fucking millionaires now, no matter what you've read in the papers.

People have been asking us this since BrewDog's AGM back in April, when James Watt told the massed shareholders that he'd just sold 22% of the company to a venture capital organisation, and that BrewDog was now worth one billion pounds on paper. In the short term, the shareholders could choose to either sell up to 15% of their previously unsellable shares at a new inflated rate, or keep all their shares in for the long haul and get a six pack of beer as a thankyou. (For what it's worth, we went for the beer.)

Despite all the fireworks of the big announcement, it's not really been that great a year for BrewDog. Since the start of 2017, they've closed down two of the bars I've previously reviewed here. Homerton has, to be honest, looked like a shaky proposition from literally the day it opened: but for me, the sadder of the two closures is Turku, which seemed to be doing okay on the event night we visited back in 2016. (There's also been a third bar closure, but that'll require a separate post on its own.)

With all this activity, and very few new bar openings on the horizon, it does colour your experience of visiting a BrewDog bar for the first time: you find yourself consciously looking for signs of ill health, in case it's going to be the next entry on the dead pool. With Leeds North Street, the obvious question to ask is this: does a change of name count as a sign of ill health? 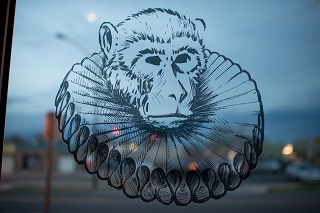