Reviewed today: Blak Whyte Gray, Mr Scruff On The Fringe, ONE: The Man Chosen By The Spirit Of The Japanese Drum Vol 2, Roger McGough & Chris Riddell, She And Her Cat: Eddies In The Ebb And Flow.

Reviewed today: Had We Never, Limmy: That's Your Lot. 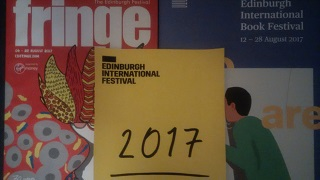 2017's a big year for the Edinburgh Festival: it's the 70th birthday of both the International Festival and the Festival Fringe. (Also of the Edinburgh International Film Festival, but none of us really give a toss about that any more.) Hard to imagine that for 71 summers now, the whole of the city of Edinburgh has become a temporary home for artists and performers from all over the world.

It's even harder to imagine that by the end of this month, I'll have been there for 21 of those 71 summers. If I'd been paying attention, I'd have made more of a fuss of my 20th last year. But I didn't, so here we are now. 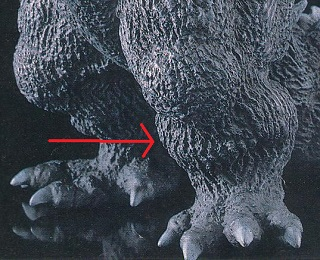 Hey, there's a new Godzilla film out! Well, sort of. It's called Shin Godzilla, and its cinema release in the UK was limited to a series of one-night stands last Thursday, followed by a few short runs that are currently happening in various cities. If you hurry, you might still be able to catch it near you: otherwise, you'll have to wait for the home video release just before Christmas.

Anyway, I've reviewed Shin Godzilla for MostlyFilm, so you may want to go and read that to find out what I thought about it. Did you realise that discounting the various American remakes, there have been twenty-nine Godzilla movies made in Japan, including this new one? Imagine what it would be like to watch all the trailers for them back to back!

Yeah, you know what's coming after the jump.