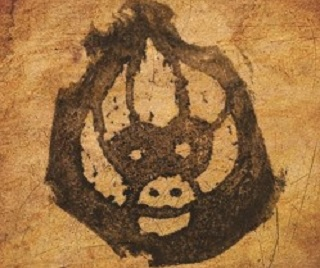 Movies: I'm not quite sure what to make of Sofia Coppola's remake of The Beguiled, but it's probably my own fault for watching the Don Siegel original a few days beforehand. The trailer for the 1971 version is hilarious in the way it's pitched as poor misunderstood Clint versus a coven of terrible women, and based on that you could see why Coppola would want to try a more feminist take on the story. Watch the whole of the Siegel film, though, and it's a lot more complicated than that: Eastwood is given plenty of chances to demonstrate he's a wrong 'un, from his willingness to kiss 12-year-old girls to the unreliability of his war flashbacks. Coppola's version takes all of these interesting details and smooths them down till they're virtually invisible: in particular, by removing the one black character from the story and making Colin Farrell a mercenary rather than a loyal Union soldier, she's taken out virtually every trace of the Civil War backdrop that adds another layer of complexity to the tale. The performances are fine and it looks pretty enough, but Siegel's is a much more nuanced film even now.

Telly: I've raved about Archer in the past, of course: a spy spoof that in its earlier seasons played out like a muckier cartoon version of Get Smart. But possibly the most fascinating thing about the show is how it's moved on from that, as creator Adam Reed keeps changing the format from season to season. In the last few years alone, the core team has moved from being Miami drug smugglers to government operatives to private detectives. And now, with Sterling Archer in a coma following the events of season 7, the show's managed to detach itself from any sort of reality altogether. Because Archer: Dreamland is an entire eight-episode run playing out inside his head, as he imagines himself and his co-workers inside a 1940s film noir plot. The gags are still as rapid-fire as ever, but there's also a surprisingly dark edge, with some extraordinarily grim twists in the story. At the time of writing, I'm one episode away from the end, and have no idea where it's going to go from there, and I'm kind of loving that. You can catch up with the whole damn thing from the start on Netflix, as ever:  meanwhile, for those of you only with tellies, they've recently started showing it on weekday nights on Viceland.

Travel: We've just come back from a long weekend in Munich, partly to celebrate a small triumph achieved by The Belated Birthday Girl, partly because we promised ourselves a year and a half ago that we needed to do it. Munich at Eastertime is all well and good, but we suspected the best time to be there would be when the biergartens are open for the summer. Turns out we were right. The two main ones we investigated on a hot Sunday afternoon were the ludicrously pretty Chinesischer Turm and the rather more functional Königlicher Hirschgarten, both of which can fulfil your requirements for litre glasses of beer and freshly cooked sausages. (Other biergartens are available. Lots of them.) Other things worth doing in the city include staying at the Cocoon Stachus hotel, breakfasting at Tresznjewski, dining at Ayingers or Conviva im Blauen Haus, and guzzling less traditional brews at places like Tap-House Munich or The Keg Bar (if you're keen to try beers from the likes of Camba or Crew Republic that literally break the local purity laws). We also managed to fit in a couple of side excursions - a day trip to Regensburg to see, among other things, the oldest continuously open restaurant in the world: and on the way back to the airport we swung through Freising, home of the oldest still-operating brewery in the world. Never let it be said we don't have a sense of history (well, at least where sausages and beer are concerned).