Reviewed today: Had We Never, Limmy: That's Your Lot. 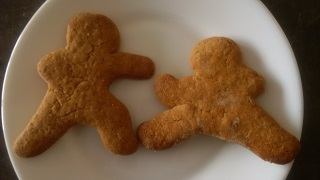 Given that it's a festival full of arbitrary anniversaries this year, here's another one for you: 2017 marks the twentieth consecutive year that either myself or Nick (on my years off) has led a posse of Spank's Pals up to Edinburgh. And every year up until now, we've done it all using cheap university accommodation: grabbing a bunch of student flats for a week, arriving on one Saturday and leaving again on the following Saturday.

If you've been paying attention, you'll have noticed that this year is different. It's been getting harder and harder to reserve those student flats: partly because the numbers of people using them are increasing, and partly because the number of flats available is decreasing as more of them are converted into fancy expensive en suites for today's massively overentitled students. The long and the short of it is, the only flats we could get hold of this year were in a block managed by the University of Edinburgh, one which unusually lets them out on a Friday to Friday schedule.

Which is why, for a change, we're all meeting up in King's Cross on a Friday morning for our train up to Edinburgh. We make the assumption that as it's a workday, the trains will be less rammed than they are on a weekend. We are utterly wrong, it turns out. Every single seat on the train has been reserved, and both the spaces between carriages and the aisles are packed with people who don't have reservations, presumably meaning they didn't book advance tickets like we did and are paying around £150 for the privilege of standing up for over four hours. Bizarrely, one of the biggest groups standing between our carriage and the buffet car is a hen party, because obviously that's not the sort of thing you'd want to arrange in advance. Still, we manage to somehow get through the crowds to pick up some James Martin sandwiches, and back them up with some treats that The BBG and I have brought along: specificallly, a batch of homemade gingerbread men in ninja fighting poses. Come back here in September, and I may get around to telling you why we had them in the first place.

Apart from the overcrowding, it's a perfectly fine journey, during which The BBG and I tinker with our longlist of proposed shows for an hour or so and end up somehow micromanaging our schedule for the whole week. Hilariously, the weather conforms to all the cliche: we hit a sudden spectacular downpour literally as we cross the border, and it's still wet and horrible as we get off the train and queue for our taxis. But it clears up fairly quickly after that, and before not too long we're checked into our flats and have discovered that we're really well positioned for shopping and restaurants, although maybe less so for the big Festival venues. No matter: we're here now, and ready to roll. 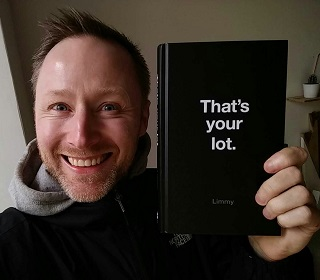 This time last year, we started our festival with Burnistoun, a stage version of a comedy show I'd first encountered on BBC Scotland. It's a similar story today, as we open with a show by a related Scottish comedy act. I've written about Limmy several times now, mainly reviewing his sketch series Limmy's Show. But over the last couple of years, he's diversified into short story writing. Limmy: That's Your Lot is the culmination of a book tour he's been doing for the last three months, reading a few of these stories to an audience and chatting to them afterwards.

Limmy did something similar a couple of years ago for his first short story collection, and this evening takes on a familiar shape. He starts with a quick burst of Limmy's Show catchphrases just to get them out of the way, and then talks a bit about the book. He claims it's a darker affair than its predecessor Daft Wee Stories, but for the purposes of this reading he's going to focus on a couple of the funnier tales so he doesn't ruin our night out. And the two he reads here - Taxi Patter and Pavement - are very much in the style of his first book, each showing how a simple mistake or misunderstanding escalates into something horrifying. But funny with it, mind. Limmy tops and tails both stories with some behind-the-scenes information, explaining that Pavement in particular is based on one of his own fears - how his young son will regard him once he discovers what his dad does for a living. It's the sort of thing that Limmy does really well in these stories: taking everyday anxieties, and stretching them in completely surreal ways.

The second half of the show is an audience Q&A session. I've sat through enough of these things at film festivals to know that giving the audience control of the floor can lead to some terrible things, but happily that isn't the case here: nobody who asks a question is doing it because they love the sound of their own voice or think they want to take Limmy on, and it keeps everything light and fun. Unlike Limmy, of course, who gleefully takes any opportunity to move things into darker areas. A discussion of his former life as a web developer quickly turns into an obituary for Adobe Flash, and his bitterness about Steve Jobs attempting to kill off the software out of pure spite. ("He's dead now. Flash fuckin' outlived him.") Curiously, nobody asks him about his latest project, a crowdfunded internet sketch show, but it's still an entertaining discussion. If anything, the hour's over far too quickly: if there's one complaint I have, it's that the advertised post-event signing session assumes you've already brought a copy of the book with you, as there aren't any on sale at the venue. Still, it gives us more time for a decadent dinner at Iris after the show. (My main course is a pork fillet stuffed with black pudding and wrapped in Parma ham, which The BBG points out is a pig inside a pig inside a pig.) 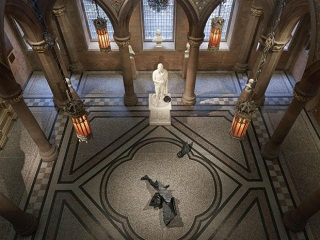 We wrap up the day with our first International Festival event of the year. But what to call it? At the venue, it's going under the title Had We Never, but on the ticket it's got the more descriptive title of Robert Burns: Chains And Slavery. Either way, it's our second great Scottish author of the night, being celebrated in the lovely atmosphere of the Scottish National Portrait gallery after closing time (it's an 11pm show).

The basic premise of the show - and the programme notes are invaluable here - is that it's looking at Burns' tangential involvement with the slave trade: during a low point in his life, he considered taking on a job in Jamaica on a plantation. He never actually went there (despite booking his passage on three separate occasions), and felt rather guilty afterwards about even considering the idea.

This dilemma of Burns' is explored in a variety of ways. The performance takes place inside Douglas Gordon's installation Black Burns, in which the Portrait Gallery's heroic statue of the poet looks down on a shattered version of himself. In this setting, Scotland's national poet Jackie Kay reads a series of her own poems reflecting on Burns' life and the artwork that's in front of us. But at the heart of it all is a series of Burns' songs, performed unaccompanied or with the backing of the Scottish Ensemble: either using the traditional airs Burns set his poetry to, or with the music of other composers like Dmitri Shostakovich and Arvo Pärt.

Three very different voices take on these songs in very different ways. Brian Bannatyne-Scott is the most traditional, belting out tunes like A Man's A Man with delightful gusto. Reggae singer Ghetto Priest delivers a charmingly relaxed take on The Slave's Lament in a new arrangement by Sally Beamish. And countertenor David James delivers the most beautiful performance of the night with Arvo Pärt's minimalist setting of My Heart's In The Highlands, conjuring ravishing beauty out of a melody with a mere three notes in it. (Not everyone agrees: the three old biddies who noisily walk out part way through this penultimate number are quietly hated by everyone else in the room, most visibly by James himself.)

Had We Never is a wildly diverse mixture of music, poetry and art: for my money it never quite comes together into a whole, but the individual components are all utterly lovely, and that's good enough for me just before midnight. A quick nightcap at excellent dive bar Hoot The Redeemer wraps it all up: a wackily-designed speakeasy serving primarily cocktails and ice cream, but with some rather fine local beers available too.