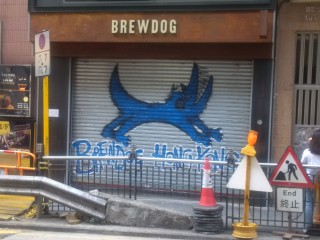 Here's how the timeline goes.

February 4th 2016: BrewDog opens a new bar in Hong Kong. As regular visitors to the territory, The Belated Birthday Girl and I note this news with interest. Our next trip isn't going to be until 2017, but that shouldn't be a problem.

February 18th 2017: We start planning our visit to Hong Kong. We find a hotel close to where BrewDog Hong Kong is located, and book ourselves in for a few nights at the end of April. We're good to go.

March 8th 2017: With zero warning, BrewDog Hong Kong permanently shuts down. The first we hear about this is via reports on the bar's social media accounts describing the closing night party. A couple of days later, as is BrewDog's standard operating procedure, the Facebook and Twitter accounts of the bar are wiped from the internet, so that there's no way of finding out that it doesn't exist any more.

The review of BrewDog Hong Kong is going to be shorter than usual. This page won't be, though.

It's a bit late - after all, we came back from the 2017 Edinburgh Festival over four weeks ago - but here, finally, is a wee wrapup of what was good and bad this year, featuring contributions from a few of Spank's Pals.

(Not included: the Edinburgh Tattoo, because none of us saw it, although as usual you couldn't avoid the closing fireworks display if you were on Princes Street at the right time.)

(Also not included: the increasing look of despair on Roger McGough's face as he realised his Book Festival poetry reading was taking place at the same time as the fireworks down the road.) 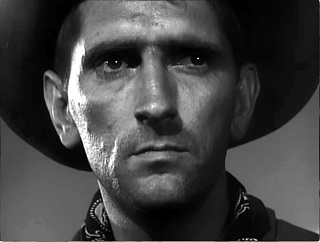 It's been a busy old week on MostlyFilm. You may have noticed that the site's not updated as frequently as it used to be, but we're still putting out hot content whenever circumstances demand it: and this particular week, circumstances have demanded it twice. I'm involved in both of the posts that resulted, which is why I'm telling you about them here.

Firstly, there's the TV show The Good Place, for which I've written a preview. I actually watched most of the first season earlier this year, on a Cathay Pacific flight during our holiday in Hong Kong and Japan, and yes I will get around to writing about that soon I promise. Anyway, it's a similar story to the time last year when I discovered Crazy Ex-Girlfriend on a plane: like that show, The Good Place has now been picked up by Netflix in the UK, allowing you to catch up on old episodes as well as watch new ones the day after their transmission in the US. I think you should do just that, and the article explains why.

Secondly, there's the small matter of Harry Dean Stanton, who died last weekend at the perfectly respectable age of 91. It was felt that MostlyFilm should mark his passing in some way or other, so three of us - CaulorLime, theTramp, and yours truly - have each picked one of Harry Dean's performances and written a bit about why they were so good.

It would be monstrously glib to try and link these two pieces by expressing the hope that Harry Dean Stanton is now himself in The Good Place. So I won't. Instead, I'll give you a few bits of video as your Red Button Bonus Content.

Food And Drink: Another August, another Great British Beer Festival, this year celebrating 40 years of operation. Unlike Edinburgh, though, I couldn't tell you exactly how many of them I've been to. If I'm honest about it, not much has changed since last year: craft beer continues to slowly make its presence felt (including a London Beer City bar featuring some of the capital's premier hipster hopheads like Five Points and Redemption), but mostly it's the usual collection of cask ales surrounded by silly hat shops and beer nibble vendors. For the record, I drank Loch Lomond's Lost In Mosaic‎ (5.0%), Gyle 59's Caribbean Cocktail (4.5%), XT's Seventeen (4.5%), Blue Monkey's 99 Red Baboons (4.2%), Redemption's Big Chief (5.5%), Marble Brewery's Imperial Red (9.0%) and Runaway's Smoked Porter (6.0%): meanwhile, The BBG had Great Western's Hopaholic‎ (4.5%), Shiny's Pail Motueka Nelson (4.0%), XT's Four (3.8%), Salopian's Automaton (7.0%), Windsor & Eton's Conqueror Black IPA (5.0%), Smuttynose Brewing Company's Old Brown Dog (6.5%) and Stubborn Mule's Original Chocolate Stout (5.8%). Nothing massively spectacular in that lot - at least, not that I can remember a month after the event - but they were all pretty drinkable. So we did.

Music: The promotional tweet for the most recent music download I bought reads as follows: "The album no one's been waiting for has finally arrived!" They may have a point there - after all, the film Monty Python And The Holy Grail was released in 1975, and has had a perfectly good accompanying soundtrack album for all that time. It's a dialogue-heavy album, though: for various reasons, the music used throughout the movie was all sourced from the De Wolfe library, rather than being specially written. Nevertheless, 42 years later we now have De Wolfe Music presents: Music from Monty Python & The Holy Grail, in which all those library pieces are assembled into a single download. It's a ridiculous thing to do, and yet it works: people of a certain age who've watched the film far too many times will recognise these music cues instantly, and start giggling even though they're totally divorced from the visuals and words that accompanied them. It's possible that the parodic nature of the film means that generic, off-the-shelf music is the only thing they could have used. But it's surprising how well it works in context - for example, the climactic journey to Castle Aaaargh (eds please check spelling) wouldn't be as effective without the epic sweep of Stanley Black's The Promised Land behind it. No physical release is planned, I believe, so you'll have to buy the MP3s using the link at the bottom of the page, or find a stream somewhere. Oh, here's one.

Theatre: Like many people, I first came across playwright Jez Butterworth because of his play Mojo: or more accurately, from the movie he made from it. Twenty years after that, he's one of the biggest box office draws in London theatre - tickets for his latest play The Ferryman are ridiculously hard to come by, much as they were for his previous hit Jerusalem. It's set in Northern Ireland in the early 80s, and tells the story of farmer Quinn Carney (played by Paddy Considine in what I believe is his stage debut), living out a peaceful existence with his ridiculously large extended family. All that changes when Quinn's brother is found dead, the victim of an IRA execution. It's a leisurely three hours long without the intervals, but director Sam Mendes paces it beautifully, the only false step being the suddenness of the climax - you can see why Butterworth wants to accelerate the pace, but it's a little too accelerated for comfort. Considine is as great as usual, but the twenty-odd other people he shares the stage with all get to shine as well. If you want to experience something approaching every known human emotion in a single evening, then the play's run has just been extended to early 2018.