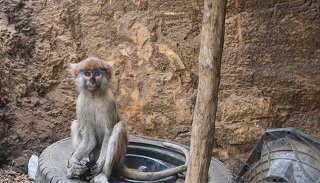 At one point in Untitled, Michael Glawogger (or rather, his proxy in this film) says something like this: "Goodbyes are always theatrical in nature, because you're probably going to see the person again anyway. And if you aren't... well, at the time you don't know that."

There are some filmmakers I only really know because of this festival, and Glawogger was undoubtedly one of them. He first came to my attention with the Grierson-winning documentary Workingman's Death in 2005, a film that definitively answers the old Derek and Clive question "what's the worst job you've ever had?" For me, his 2011 film about sex work Whores' Glory was slightly less successful, but again showed his willingness to take his camera into places where others wouldn't consider going. It was this pioneer spirit that presumably inspired his 2013 project: he would travel the world for a year, film everything he saw, and only decide in the edit suite what the film would be about. Sadly, he made it as far as Liberia, and then caught malaria and died.

Untitled has become an odd sort of goodbye: editor and collaborator Monika Willi has taken all the footage that Glawogger shot between Austria and Liberia, and attempted to assemble it into the "film about nothing" he was intending to make. She's created a series of standalone sequences that each focus on one particular situation, and used extracts from Glawogger's third-person-perspective journal from the time (read here by Fiona Shaw) to provide a degree of context. But there's no visible link between those sequences at all - we jump without warning from a father and son visiting the bullet-riddled ruin of a church, to a mob beating the crap out of a young man on another continent.

As ever, Glawogger's eye for a spectacular shot is in evidence throughout. A cloud of flies erupts from a piece of roadkill as a lorry drives past it. We zoom across the surface of a vast desert to focus on a single tree growing in the middle. He shows us a skyscraper-level view of what a city looks like when a power outage takes out all of the lights simultaneously. As well as standalone images, there are some terrific sequences in there too, sometimes revealing a wry sense of humour that I haven't seen from him before: over shots of a football match played entirely by people with one leg, Glawogger's diary talks about creating a new world language from the names of soccer players.

But unlike, say, Frederick Wiseman, who makes it a point of honour to ensure every one of his documentary sequences is placed in context through introductory dialogue and establishing shots, Glawogger just hits us with a series of disconnected vignettes. It actually takes the viewer some time to learn how to watch the film - for a while, I found myself disoriented every time we changed location, and spent too much time trying to work out where we were now and who these people were. Once you relax and realise that doesn't matter, the film becomes a beautiful celebration of life in general, both the good bits and the horrifying bits. Where are we? We're on Earth. Who are these people? They're people. And if that was Glawogger's final message, then it's a great way for him to say goodbye. Picturehouse is owned by Cineworld, one of the biggest cinema chains in the world. Cineworld made over 90 million profit in 2016. The CEO, Mooky Greidinger, took home 2.5 million in pay and bonuses. But many Picturehouse staff - the people who sell your tickets, serve your drinks and popcorn, and project your films - are paid less than the London Living Wage of 9.75 per hour. Workers in Cineworld cinemas are also paid less than a Living Wage.

That's why workers at five Picturehouse sites are striking. The workers have also called for film-goers to support them by boycotting Picturehouse and Cineworld cinemas until their demands are met.

Disgracefully, Picturehouse have responded by sacking four trade union reps at the Ritzy cinema in Brixton, South London. We're leafleting outside this cinema today to raise awareness of the workers' campaign, to build support for the strikes, and to encourage customers to join the boycott.

What you can do: 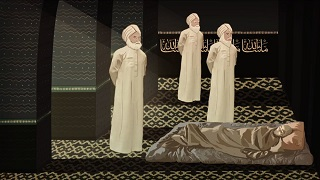 So we give our support at the picket line at Picturehouse Central, abandon our plans to see Jane there, and head off to watch a replacement documentary at another cinema that does pay its staff the Living Wage. Or does it? Damn, this stuff is confusing.

Abu is an intensely personal piece of work, in which Arshad Khan tells the story of his father, or Abu in Urdu. Khan's parents moved from India to Pakistan shortly after Partition, much like many other Indian Muslims. They initially raised their family in Islamabad, but emigrated to Canada in the early 1980s: wherever they were, they did their best to raise their children in the traditions of their faith. Arshad was the awkward one of their six kids: showing little interest in girls, dancing flamboyantly at family parties, occasionally trying on his sisters' dresses. It's pretty obvious where this is heading, and the disappointment it's going to cause to a traditional Muslim patriarch.

The LFF programme notes compare this film to Sarah Polley's Stories We Tell, which I haven't seen. For me, there's a much more obvious reference point: Jonathan Caouette's 2004 film Tarnation. Aside from the shared focus on the trauma of coming out to your family, both films are largely constructed from home movies: Arshad's father appears to have filmed or videoed every major family event, and Arshad has carried on that tradition even more obsessively. I said at the time of Tarnation, "with the increased availability of home video cameras, [...] some day, it's possible all films might look like this." It's surprising that it's taken thirteen years for a second movie like this to come out, quite frankly.

Editor Etienne Gagon performs miracles with the mountain of raw material Arshad had access to, and mixes it up with all sorts of other things - ironic clips of the Bollywood movies Arshad's father used to love before he started taking a hardline approach to his religion, animated sequences depicting some of the more fantastical stories, and a few shots of Arshad looking wistful in present day Canada. The final thing holding it all together is Arshad's voiceover narration, which gives you a feel of the filmmaker's own personality: witty, self-deprecating, saddened by the way some of his family relationships fell apart, but always keeping warm feelings towards the people he's closest to. Abu may not have monkeys in it like Jane would have had, but this is a perfectly delightful substitute. 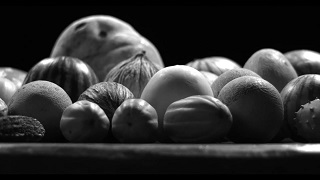 At one point in the Q&A after 78/52. someone asks director Alexandre O. Philippe, "when did you first see Psycho?" I had to think about how I'd answer that question: I'm reasonably sure I first saw it as a late-night TV screening in my teens, which seems acceptable enough. But I have another memory, which seems so outrageous now that I can't tell whether I've imagined this or not. Years before that, I seem to recall the shower scene being talked about, with clips, on a children's TV movie show called Clapperboard. I know it was the 1970s and nobody really cared about the mental health of children back then, but still, really?

78/52 is a film about Psycho. More accurately, it's a film about the shower scene, the 78 camera setups and 52 cuts which changed the way movies depicted violence forever. In glorious black and white, a huge number of interviewees - directors, editors, musicians, the children of the two main actors, and the body double for one of them - spend the first 40 minutes of the film setting everything up, in much the same way that the first 40 minutes of Psycho did. They look at the social climate in America in 1960, what was or wasn't acceptable in cinema at the time, and the string of glossy blockbuster hits Alfred Hitchcock had produced before suddenly taking on a grimy little black and white thriller. And then, at the 40 minute mark, it all kicks off. That one killer scene is literally broken down shot by shot, focussing on what we see, what we don't see, and how the tension between the two makes it so unforgettable. The soundtrack is also dissected to a similarly forensic degree - not just Bernard Herrmann's peerless score, but the experiments on countless types of melons to see which one gave you the best stabbing noise. (Hence the accompanying photo. I've not gone completely nuts, you know.)

From a summary, this sounds like the geekiest thing you could possibly imagine, and it's easy to see why a film festival audience would delight in a movie like this. But Philippe is careful not to geek out too much. It's a film largely driven by the enthusiasm of its participants, many of whom are filmed rewatching the scene and excitedly pointing out things they hadn't spotted before. For me, the main revelation was Hitchcock's use of negative space, with Janet Leigh frequently positioned in a disturbingly off-centre position against the shower wall. We all freak out nowadays when things like Mr Robot use unconventional framing to evoke a psychological state, but Hitchcock was doing it over half a century ago.

The enthusiasm of Philippe's contributors is incredibly infectious, and stops this from becoming a purely academic exercise. Psycho's single aim was to get an emotional reaction out of its audience, so it's only fitting that a film about it should work in the same way. It's interesting to note that Philippe has plans to do similar studies of other iconic movie scenes: his next feature will apparently cover the chestburster scene from Alien. Given that he's spent most of his time in London this week talking to an expert on Francis Bacon about the artist's influence on the creature design, it looks like we may have a new candidate for 'the geekiest thing you could possibly imagine' showing at LFF 2019.