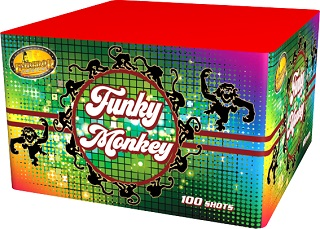 Comedy: Think back to last August, and the various people and shows we saw at the Edinburgh Festival. One of the former was comedian Ben van der Velde, and I mentioned in passing that we knew him from his regular hosting of London's best value stand-up comedy night at The Good Ship pub in Kilburn. Well, I've got some bad news for you: as of this week the Good Ship has permanently closed down, another victim of Bent council's ultra-restrictive licensing policies, which leave us in the ridiculous situation of there being no dedicated venues for live music remaining on Kilburn High Road. There's some good news, although it probably comes too late for you - their final comedy night was spectacular, with punters virtually stacked to the rafters, and terrific turns from the likes of Jonny and the Baptists, Jay Foreman and Angela Barnes. And there's even better news even if you missed that - the comedy club has relocated a bit further along the Overground line to the Colonel Fawcett in Camden, and recommences operations on Monday November 6th. Ticket prices have been hiked from the Kilburnesque £4 to the more Camdenian level of £5, but hopefully that won't put you off.

Food and Drink: Now think back to last September, when I was writing about our springtime visit to Hong Kong. (The second part of that holiday was in Japan, and an article about that should finally appear here some time this month. Really!) Anyway, you may remember that the local craft brewing scene was one of the topics of conversation in that piece, with a subtext of regret that the beers we drank there were unlikely to be obtainable outside of China. Well, you'll be delighted to learn that I was wrong about that. Bun House is a new restaurant that's just opened on Greek Street in London's Soho, and as the name implies it specialises in stuffed Chinese buns, both savoury and sweet. But they also have a variety of drinks accompanying those buns, whether it's traditional Chinese tea, fancy cocktails in their downstairs bar, or - oh yes - a selection of specially imported Hong Kong craft beers, with the current list including our recent discoveries from Young Master and Moonzen. If you're in the area, give them a look, even if you have to queue for a bit to get in.

Movies: I've got too much energy to switch off my mind, but not enough to get myself organised... You might be wondering what the writer of those lines, Matt Johnson of The The, has been up to for the last 15 years. If the documentary The Inertia Variations is anything to go by, he's mainly been using the time to polish up even more aphoristic excuses for doing bugger all. Crippled by a simultaneous fear of failure and fear of success, he's found inactivity to be the simplest solution to both of those problems. Fortunately, the film shows you how to drag yourself out of this sort of mid-life crisis: just get your ex-girlfriend (Johanna St Michaels) to direct a documentary about you, and let her pick holes in your life choices until you're goaded into activity. Johnson's activity of choice was to run Radio Cineola, a pop-up radio station, for twelve hours on the day of the 2015 UK General Election, where he talked about politics to a variety of guests and invited musicians to perform live covers of his old songs. But then St Michaels makes an awkward suggestion: wouldn't this be the ideal opportunity for him to write and perform a new song, for the first time in over a decade? As you'd expect from his songs, Johnson doesn't believe in filtering himself, and this film is a splendid warts-and-all portrait of a man struggling to come to terms with his past and working out if he has a future. His old school lefty tendencies are still hanging on in there thirty years after his heyday, although his two-year-old statements about how the only news media we can trust are Russian haven't aged well. The film's just completed a short theatrical run, and will presumably make its way onto home video or Friday night BBC Four eventually. In the meantime, you can console yourself with The Interia Variations' deconstructed trilogy of soundtrack albums: The End Of The Day (featuring the songs), The Inertia Variations (Johnson's narration from the film), and Midnight To Midnight (extracts from the radio broadcast).

In the meantime, your Simian Substitute Site Of The Month for November 2017 is Funky Monkey, courtesy of Whizzz Bang Fireworks (that's three z's, obviously). Bonfire night is on its way, and obviously you need some sort of pre-packaged display in a box. No problem: Whizzz Bang do loads of those. Funky Monkey is just one example, offering you 100 bangs in 40 seconds for the special offer price of £55. They've even obligingly included a video demonstration so you can see what it'll look like on the night. Don't forget to stand at least 25 metres away.

If you're looking for non-combustible fun this month, I've got a few things in the pipeline: the much-delayed writeup of our Japan trip, a new BrewDogging review, some stuff for MostlyFilm, and an updated version of the LFF index. Plus, possibly, a small treat for those of you on Spotify. All of these should be appearing during November, unless I hit some sort of Matt Johnson-style crisis. If that happens, please feel free to make documentaries about what a lazy sod I am and post them in the comments box below.