Home Archives/Categories About Me RSS Feed Mailing List Email
Living For The Weekend: A 2018 Diary By The BBG
BrewDogging #48: Oxford 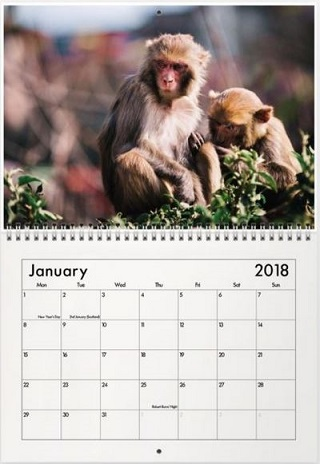 Comedy: Most years, we have a fairly standard routine for New Year's Eve. We head towards whichever venue Ivor Dembina has managed to book for his roving Hampstead Comedy Club, and spend a relatively cheap evening being entertained by a series of stand-up comedians. This year, however, Ivor wasn't able to get a venue in time. So we went for our plan B: head towards whichever venue Martin Besserman has managed to book for his roving Monkey Business Comedy Club, and spend a slightly more expensive evening being entertained by a series of stand-up comedians. We last did this on New Year's Eve 2014, where a surprise post-midnight appearance by Lee Nelson topped off the celebrations nicely. No big shocks like that at this year's show, though we were treated to some sort of New Year's miracle: the show somehow managed to recover from an opening act (no names mentioned) who was so toxically bad that he semi-permanently destroyed any chance of anyone in the room finding anything funny again. I found myself tweeting SOS messages to other comedy clubs at the interval, although in retrospect that was unfair: by that point, Elliot Steel had done a terrific job in turning the gig around with his tales of Sarf Landan laddishness. The second half of the show perked up enormously, with a top set from opera-singing comic Caroline Kennedy, and Matt Price's lovely shaggy dog story about performing comedy at Broadmoor. Everything was rounded off with a splendidly cheesy disco, possibly in honour of what was happening elsewhere in London: this was the point where I discovered that when we dance to YMCA, The Belated Birthday Girl and I do the 'C' in opposite directions (I go to my left, she goes to her right). It doesn't seem to have effected our relationship, you'll be pleased to hear.

Food and Drink: It can be awkward spending time with family over the festive season, and I'm sorry if that was the case for you. For my part, our trip to Manchester the weekend before Christmas was very enjoyable, and we made one rather terrific discovery while we were up there. My sister needed us out of the way for a couple of hours while she finished sorting out the dinner, and put my cousin in charge of keeping us occupied. She thought about our growing reputation as Craft Beer Wankers, and decided to take us to Browton's Bottle Shop in Ashton-Under-Lyne. I knew we were in the right place when we walked in and the Pogues' version of The Parting Glass was playing on the stereo: The Belated Birthday Girl came to that conclusion even earlier, when she saw a cluster of bearded hipsters vaping outside the door and recognised them as Her People. Interestingly, they weren't entirely representative of the people inside, as there was a terrific mix of beer lovers of all ages there. As the name implies, Browton's sells bottles and cans of craft and imported beers, but most people seem to be drinking them on the premises rather than taking them away, and the brilliantly cosy atmosphere of the place makes it very easy to do that. If you're ever in that part of the world, definitely seek them out.

Internet: As I haven't got around to saying it yet, Happy New Year to you all. Consider this a present to you - find 15 spare minutes in your day, sit down somewhere quiet and listen to a short story called Malaga, written and read by Blindboy Boatclub of the Rubberbandits. It's actually a special Christmas episode of The Blindboy Podcast, which has been coming out every Wednesday for the past couple of months now. It started life as a promotional tool for the man's short story book, The Gospel According To Blindboy, but over the weeks has evolved into something rather unique: a surreal series of rambles taking in art and music history (inevitably leading to some sort of connection with his home town of Limerick), philosophical musings, and discussions around mental health issues (Blindboy has become Ireland's unofficial Minister for Mental Health over the last couple of years), all performed over a quiet loop of ambient piano chords. And, as is the case here, we also get the odd sample of his written work. Mindful of the season, he says at the start that Malaga is one of his more family-friendly stories: be advised, though, that Blindboy's definition of 'family-friendly' may be very different from yours, particularly if you stop listening after the first couple of minutes. Stick with it, trust me.

In the meantime, your Simian Substitute Site Of The Month for January 2018 is a Monkey 2018 Wall Calendar, courtesy of eBay. It appears to be sold by someone in Budapest called Sunnycalend Arse U, and they only seem to have sold three at the time of writing. As someone who knows the ups and downs of self-publishing, I feel their pain, so you might want to throw them a few euro if you like the look of the calendar. (We won't be doing that, however, as we already have a 2018 calendar: Lou, in exchange for his latest Pick Of The Year CD, has kindly given us a Sexy French Farmers calendar.)

My New Year's resolutions for 2018 (and more specifically, January): more BrewDogging, the last of the POTY Spotify playlists, and a final farewell to Europe's Best Website. If you have any suggestions for any more, you know where you can stick them. (In the comments box below, obviously.)

Thanks for letting us know about Blindboy, Spank. My new favourite podcast, yurt
Cheers