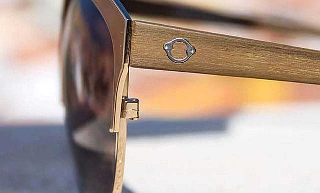 In the meantime, your Simian Substitute Site Of The Month for May 2018 is Monkeyglasses, makers of sustainable Danish design eyewear. Their slogan is 'monkey see, monkey do', and their specs all have little monkey logos on the frames. It's not just a funny name! Well, it probably is a bit, but they do some campaigning to save orangutans in their spare time, so it's all good.

And staying with Scandinavia and its environs, the plan for this month is to get Nordic Expedition II documented for you. As I mentioned this time last month, we spent a week and a bit over Easter doing another jaunt around multiple Nordic countries. I know I said I'd be writing about that in April, but there was a whole other lump of travel that got in the way of that, which you'll probably get to hear about in June. Let's say for now that all of May's posts will be focussed on the Easter holiday, and see how closely I can stick to that as a plan. Feel free to heckle in the comments below if I don't.