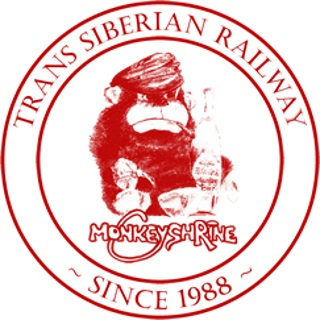 MONTH END PROCESSING FOR MAY 2018

Internet: Jason Hazeley and Joel Morris are the perfect example of modern jobbing comedy writers. Starting off about two decades ago with their spoof local paper The Framley Examiner, followed by a few years of writing the text bits in Viz, they've now become ubiquitous: creating modern Ladybird books, becoming Charlie Brooker's go-to writing partners, and transferring the tropes of Scandi noir to a Radio 4 sitcom. If you follow Hazeley and Morris on Twitter, it becomes apparent that they're fascinated by the mechanics of comedy itself, dropping behind-the-scenes stories of script-doctoring on Paddington 2 or how Philomena Cunk's interviews work. All of this comes together in their new podcast Rule Of Three, in which the pair interview different people every week about one specific piece of work they find funny, and pull it apart to analyse why it is. As E.B. White once famously noted, there's a very real risk of the frog dying, but so far they've managed to get the balance between analysis and laughs just right. Their chat with Jon Holmes about Monty Python's Contractual Obligation Album is a good place to start.

Music: Time for another quarterly round-up of things I've been listening to. Justifications follow (along with YouTube links for the non-Spotified):
1. This one's still in my head after seeing Miyavi live in April. The World Mix loses the original's RAWK bombast, but adds some verses from Afghan refugee rapper Sonita.
2. One of the songs on Half Man Half Biscuit's new album contains a perfect six-word gag - "Hadron Collider / Who's there / Knock knock" - just in case you thought Nigel Blackwell's muse had run dry after thirty-odd years. This particular song is mostly here for the refrain, but it's a great refrain.
3. Kojey Radical was one of my big discoveries of 2016: I was convinced he would be huge by now, but the rest of the world seems to be taking its time catching up with him. In the meantime, there's this lovely single collaboration with Mahalia and Swindle.
4. Daniel Kitson ran the breakfast show on Resonance FM for three weeks in May. It was precisely the mixture of whimsy, cheekiness and unexpected music that you'd imagine. I think we can all agree, though, that this track by Awkwafina really shouldn't be played at breakfast time anywhere.
5. Time for one of those things that Spotify thought I might like: instrumental outfit Echo Collective covering Radiohead's album Amnesiac. Lots of it just sounds like the originals with the rough edges sanded off, unfortunately. But somehow, the Lytteltonesque swagger of the final track translates rather beautifully.
6. People seem to be very uncertain about the new Arctic Monkeys stuff. I actually like the fact that it's an album that I'm still not sure about after a couple of listens.
7. The singles suggested that Janelle Monae's Dirty Computer was going to be a highlight of the year: the album itself goes way beyond those expectations. You've all seen the emotion picture by now, hopefully?
8. As mentioned in the recent discussion of our Tallinn trip, Noëp puts on a pretty good live show. The records don't have quite the same oomph, but this is still a nice song anyway.
9. Still waiting for Ylvis' Stories From Norway series to get some sort of international release. In the meantime, at least we have the songs. This one (from The Andøya Rocket Incident) had a personal relevance for me a couple of months ago, because... well, we'll get to that.
10. Fifteen years after its initial release, Max Richter's The Blue Notebooks has been repackaged with assorted remixes and variations. This mashup of its most familiar melody (you may remember it from the film Arrival) and a Dinah Washington classic has been knocking around for some time, but it's nice to have it now available alongside the original.

Theatre: If the title of their recent show at Wilton's Music Hall is anything to go by, the next Tiger Lillies album will be called Devil's Fairground. It could just as easily be called More Songs About Fucking And Smack, except then you wouldn't be able to distinguish it from all their previous albums. To be honest, it must be well over a decade since I last saw the Lillies, having slowly drifted away from them since their career peak as the musical force behind Shockheaded Peter. They still look much the same now, apart from having changed drummers - the facepaint means that singer Martin Jacques and multi-instrumentalist Adrian Stout appear ageless. The night we saw them at Wilton's the audience was a little bit odd, breaking into shocked giggles at any swearing and seeming to be totally unfamiliar with the one cover version of the night, Is That All There Is? But the mixture of melancholy, pitch-black humour and pretty tunes still works for the band, so there appears to be no reason why they should change now.

In the meantime, your Simian Substitute Site Of The Month for June 2018 is Monkeyshrine. To quote the site, they're "specialists in Trans-Siberian / Trans-Mongolian railway adventures, backed by 30 years of experience and friendly, reliable local partners throughout China, Mongolia and Russia." So if you fancy heading out to that part of the world, they'll help you out. Perhaps you're thinking of travelling to Russia for the World Cup later this month? You'll probably need some help, as the whole Russian Government Process just to get into the country is quite complicated.

Oh, by the way, did I mention I was in Moscow myself in April? Spent a week over there for work, right when we were in the middle of an international incident and everything. Still, I got back unharmed, and have stories to tell you about unsubtitled movies and other things. Hopefully you'll get to see those this month, along with a couple more bits of BrewDogging, not to mention a piece that I only tend to write once every three years. Feel free to speculate on that in the comments box below.