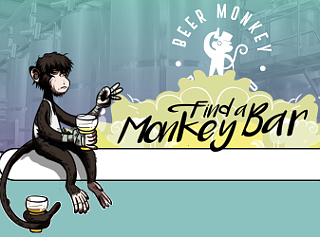 Food and Drink: It's always a pleasure to visit London's annual Great British Beer Festival and see how CAMRA are slowly moving with the times. The gender-fluid poster art seemed like 2018's biggest innovation, at least until I saw the t-shirts being worn by the volunteer staff. They were done in that oh-so-trendy style of a list of related items displayed in Helvetica text, where the list was this one: 'Cask & Keg & Bottle & Can'. If you'd told a CAMRA member five years ago that one of their t-shirts would contain the word 'keg', they'd have choked on their beard trimmings. Despite numerous clashes between the real ale twats and the craft beer wankers (most recently involving Newport brewery Tiny Rebel), it has to be said that craft is making its presence felt at the festival: after all, the Champion Beer of Great Britain this year came from Siren Craft Brew, whose brewery tap we visited just a few months ago. Their Broken Dream Breakfast Stout was a deservedly massive hit, selling out in minutes every time it was put on, and it took precise co-ordination via Twitter for The Belated Birthday Girl and myself to score a half of it each. As for the rest of the session, I drank Tempest's Armadillo, Thornbridge's Jesamine, Bristol Beer Factory's Pale Blue Dot and Bank Top's Port O Call, while The BBG had Redwillow's Effortless, Thornbridge's Florida Weisse, Great Western's Alpha Centauri and Brockley's Red Ale. Coincidentally, both of us found our first beer a bit thin, but the rest of them were great.

Music: This quarter's selection is, as ever, available as both a bundle of YouTube links and a Spotify playlist. Taking them in order:

Travel: If you read the recent BrewDogging piece on Edinburgh Lothian Road, you'll remember that our main reason for visiting the city was a helicopter ride that was subsequently called off due to bad weather. I said at the time we had an alternative location and date in mind: and one weekend in the middle of August, we took the train to Newcastle to see if their weather was any better. I won't keep you in suspense - no, it wasn't, and we've got to reschedule again. This doesn't mean our trip was wasted, though, as we found plenty of other things to keep us occupied, including a newly-opened brewpub called By The River, and a lovely documentary about local legend Keith Crombie, Geordie Jazz Man. But the main thing occupying Newcastle right now is the Great Exhibition Of The North, a three-month long city-wide artistic blowout. We caught a few bits of it almost by chance: an hourly water sculpture that would be more effective if you didn't have to sync it up to streaming audio, and a terrific exhibition of documentary photography at Side Gallery. But the bulk of what we saw was in the Baltic Centre. Idea Of North, a gloriously chaotic mini-festival of photography, cartoons and mixed media work squished into a single room: Ceremony, an hour-long film in which Phil Collins (not that one) overambitiously attempts to document every aspect of his performance piece for last year's MIF: and Joanne Tatham and Tom O'Sullivan's jolly set of facial sculptures that turn out to be a cheeky autocritique of some of the iffier aspects of the Exhibition. There's so much more going on that the website can barely give you a flavour: best to pick up the hard copy programme and dive straight in. It's running till September ‎9th.

In the meantime, your Simian Substitute Site Of The Month for September 2018 is Beer Monkey Brew Co, one of the breweries on display at the GBBF. Based in Skipton in Yorkshire, they've only been in operation for just over a year, so getting a slot in the festival is pretty good going. Unfortunately, we didn't have time to try any of their beer - hopefully they'll be back next year and we can give them a shot then.

Coming up this month, you can expect a bit of post-Edinburgh analysis from a few of the regulars, plus more detail on the Portugal bit of our Portugal holiday (as opposed to all the non-Portugal bits). Comments welcomed, as usual.