Home Archives/Categories About Me RSS Feed Mailing List Email
BrewDogging #56: Milton Keynes
Portugal 2018: Lisbon (Free As In Jazz Or Free As In Beer) 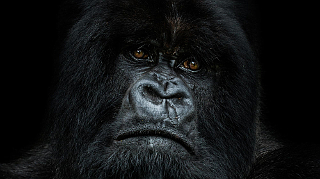 Music: It's been a pretty good month for live music, especially if you stretch the definition of 'September' to cover the last couple of hours of August 31st, when we were at Youssou N'Dour's late-night Prom (still watchable on the iPlayer until October 6th). Less than 24 hours after that, we'd moved from the grandeur of the Royal Albert Hall to the grunge of the Underworld in Camden, to see Andrew O'Neill perform his History of Heavy Metal show for the final time. Yes, we saw him do it in Edinburgh four years ago, but this time his examples were played by a full live band rather than by him on solo guitar, and there was the added thrill of the show being filmed for DVD release (out in time for Christmas, I'm guessing). Good as it was, the gig highlight of the month - possibly the year - was Janelle Monae at the Roundhouse, which was everything I'd ever hoped it would be. The last time I saw this amount of visual and emotional energy hurled around a concert stage, with a huge sense of fun underpinning it all, it was Prince who was responsible for it. She's on the verge of being up there with him. And in a nice coincidence, a few days later one of Monae's songs was covered by Youngblood Brass Band - if you're wondering, it was this one - in a stonking show at the Brixton Electric. Fine support from Lazy Habits too, playing a suitably complementary set of rapped vocals, funky brass and multiple-handed drumming. Finally, I suppose our last gig of the month was at the annual Japan Matsuri in Trafalgar Square, watching The Fairlady ZZZZZ tear through an entertaining half hour of Japanese-British hybrid pub rock.

Theatre: Actually, this one also dates back to August, but I didn't really have time to say much about it then: just after the Bank Holiday, The Belated Birthday Girl and I finally got around to seeing Hamilton. I know it's notoriously the hardest show in London to book for, but in practice it's not so bad, providing you can commit to a date six or seven months in advance. Watch the website or Twitter for the announcement of when a new batch of tickets goes on sale, and as long as you book on the first day you should be fine - the show's paperless ticketing arrangements may be a bit of a pain in the arse, but they seem to have stopped touts hogging the good seats. On that topic, I'd like to announce that the £37.50 tickets in the Grand Circle are perfectly acceptable, and there's no real reason to fork out more than that if you don't want to. As for the show itself, well, believe the hype. I'd come to it without knowing any of the songs in advance apart from the opening number, and although I was expecting the verbal dexterity I wasn't expecting so many glorious tunes. The first half is a constant succession of absolute showstoppers: if the second half felt like a slight disappointment by comparison, it was only because it had dropped to the mere level of a very very very good musical. The soundtrack album is now a fixture in my collection, as is Weird Al's magnificent five minute polka mix.

Travel: Five notes on things that Londoners never really notice about their city until they have to show some Japanese visitors around it (waves to Miki, Tae and Yuko). 1: Apparently if you're a big enough Hollywood movie, you can shut down the pavement directly outside St Paul's Cathedral on a Saturday night and have helicopters taking off and landing there. I'm quite pleased that with a little bit of detective work - i.e. seeing the production company name on the film trucks' parking permits and Googling it - I think that they were shooting Hobbs & Shaw, the spin-off from the Fast & The Furious series. Come back in summer 2019 and we'll see if I was right. 2: It appears that Sherlock's very popular in Japan, to the extent that part of our guests' holiday involved tracking down several of the filming locations. Did you realise that New Scotland Yard moved to the Victoria Embankment a few years ago? We didn't, to our embarrassment: the location where it was when they filmed there in 2012 is now a huge hole in the ground. 3: Obviously any fan of Sherlock wants to visit the real 221B Baker Street, as well as the fake one from the show. The Baker Street location is now the Sherlock Holmes Museum, where The BBG grumbled a bit about having to pay £15 to enter a building full of tatty old artefacts with only a tenuous connection to a fictional character. Later on that day she found out it costs £18 to get into St Paul's now, and the punchline basically writes itself. 4: Afternoon tea at Whittard's is fun, as long as you avoid any of the set options that include their tiny cakes, which cost around three pounds each. Stick with tea, sandwiches and scones and you'll be fine. 5: Foreign visitors may not appreciate just how radical it is going to Frank's Cafe for the late night views over the city, but it's worth it just for the look on the faces of your friends and colleagues when you reveal to them that you took some tourists on a night out in Peckham.

In the meantime, your Simian Substitute Site Of The Month for October 2018 is Remembering Great Apes. It's a charity book coming out on October 15th to raise money for the Born Free Foundation. It's full of images of great apes taken by the world's leading wildlife photographers, and its aim is (to quote the website) "to raise awareness of the plight facing gorillas, chimpanzees, bonobos and orangutans and also to raise funds to protect them." If you haven't got the money to buy the book, you could always go along to the free Remembering Great Apes Exhibition in London between October 15th and 27th: if you've got loads of money, you could go to the launch party for the book on October 18th, where ticket prices max out at the VIP level of two thousand pounds (plus a booking fee of £156.59, in case you needed reminding that ticket agencies are bastards).

I don't have loads of money, and one of the reasons why is because I've just bought a pile of tickets for the 2018 London Film Festival. So expect that to be the main topic of conversation here this month, with daily updates appearing once the festival's started. There'll also be some beer stuff literally getting in the way of that, plus a bit more progress on writing up the Portugal trip if I get the time. Any comments? You know where the box is. [points downwards]