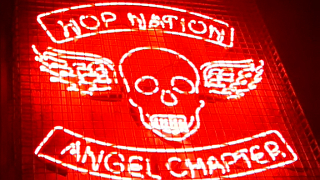 Get To Da Choppah

I can tell you exactly where this all started: it was in Hong Kong, in 2005. The Belated Birthday Girl and I had checked into the Excelsior Hotel and bought ourselves a room upgrade, because we were feeling a bit fancy and because I didn't realise I was going to lose my job five months later. I mentioned at the time that our premium highness allowed us a great overhead view of the Noon Day Gun, but it also gave us a view of something else – a nearby helipad, from which we could see helicopters taking off and landing every few minutes. This delighted The BBG no end.

Ever since then, we've joked on and off about how doing a helicopter ride together would be a fun thing, but never quite got around to arranging it. Until last Christmas, when I finally cracked and bought her an experience package that would allow us to do just that. The story that follows spans a period of eleven months – and if you've been paying attention, you'll know some of it already. Does it have a happy ending? Well, don't watch that video over there if you want to avoid spoilers.

Continue reading "Get To Da Choppah" » 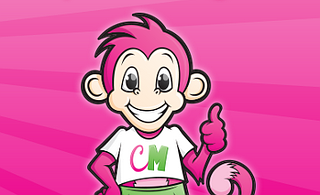 Movies: It's always a bit tricky writing one of these posts in a London Film Festival month - after all, you already know about 27 of the films I saw in October (28 if you count Weeks In The West End as a kind of pre-season friendly). But before the festival started, we made a point of catching yet another film on the first day of its limited cinema release. Kusama: Infinity is Heather Lenz's documentary on the Japanese artist Yayoi Kusama - regular readers will remember that we stumbled across her work in 2010 in her home town of Matsumoto, assumed she was just some sort of local eccentric, and then watched as her pictures went hyperviral both at home and abroad. This film doesn't tell you much about the artist that you can't find out from other sources (such as her autobiography Infinity Net), but it does give you an insight into the cunning way she's managed her mental health problems and turned them into a self-promotion strategy. And if you're not already aware of her story, then you've got that to look forward to as well. The film is still popping up in one-day engagements across the UK, but it might be easier for you to watch it at home over one of its multiple streaming platforms.

Music: It's never a good sign when you find out one week before a concert takes place that it's been moved to a smaller venue. Or is it? The concert in question was an intriguing double-header, pairing up jazz saxophonist David Murray (who I have to admit I wasn't aware of before now) and poet Saul Williams (a firm favourite round these parts ever since I first saw him in the film Slam two decades ago). The two artists collaborated on an album called Blues For Memo earlier this year, and the plan was that they were going to perform selections from it at the Islington Assembly Hall. And then, at the last minute, the show was moved from the 800 capacity IAH to the approximately 75% smaller MOTH Club in Hackney. An ex-servicemen's club that's been colonised by hipsters (the name's short for Memorable Order of Tin Hats), it turned out to be a much better fit for the gig than the rather unatmospheric Assembly Hall. The recorded version of Blues For Memo was a little too restrained for my liking, but in a live context Murray and his band take the brakes off and go for it, with Williams' poetic contributions used as another element in the mix rather than hogging the limelight completely. Here's their version of Burundi from the Manchester leg of the tour.

Theatre: If Martin McDonagh was a Talking Heads tribute band, you could perhaps argue that his new play should be called More Songs About Racism And Dwarves. They've been the central motifs of much of his work in both theatre and film since the beginning, and A Very Very Very Dark Matter (at London's Bridge Theatre until January 6th) combines them in a way that verges on self-parodic. It's the story of Hans Christian Andersen (Jim Broadbent), which answers the question that artists have always dreaded being asked: "where do you get your ideas from?" Every review I've read of the play tells you exactly where he gets them from, but I went into the preview performance not knowing where it was headed. It'd probably be more fun for you if you didn't know either, other than to say that Broadbent's co-star Johnetta Eula’Mae Ackles is easily his equal in terms of holding the stage. It's enjoyable enough as long as you treat it more or less as pantomime, as it's largely made up of McDonagh rehashing his usual shock tactics, with lots of gratuitous violence and swearing (Phil Daniels doing some career-best work on the latter score). It's knockabout stuff with no real attempt at trying to say anything deep about the human condition: given the fuss that broke out when he tried to do that in Three Billboards, maybe it's just as well.