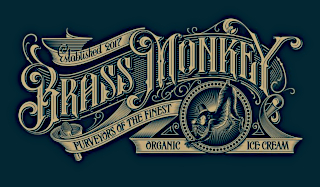 Food and Drink: The Belated Birthday Girl and I were assigned as Real Ale Twats at birth, but these days we choose to identify as Craft Beer Wankers. This makes us ideally positioned to watch as the Great British Beer Festival struggles to attract the new tribe without totally alienating the old. This year, having a small craft corner - or Pioneer Pavilion, as they chose to call it - literally fenced off with a wall made out of key kegs shows how much CAMRA are trying to reach across the aisle. It's part of a more general policy of inclusion, I guess: the high-profile sponsorship by Stonewall was the most visible manifestation of that, even if it did give beery lads the chance to wear badges saying 'some people are lesbians, get over it'. As far as the beers go, The BBG's sesh consisted of Brewsters' Hophead, Weird Beard's Fire, Powderkeg's 6ixes & 7evens, Black Hole's Supernova and Lacons' Audit. Myself, I ended up drinking New River's Isle Of Rye, Runaway's Kaffir Lime & Thai Chilli Wit, Ulverston's Laughing Gravy, Bragdy Twt Lol's Horny Goat and Nene Valley's Release The Chimps. We finished off together by splitting a bottle of La Pirata and Laugar's Tovarisch Block, a 13% that was our joint favourite of the night, if that doesn't sound too obvious a choice.

Music:
1. A 39 year old filler track from a Monty Python album might not seem like the obvious place to start a Spotify roundup of the past quarter's music, but it's here because...
2. ...I heard this bit of Strauss at a recent Prom, and finally realised where Terry Jones had nicked his tune from. This particular section of the Alpine Symphony is forever linked for me with the opening of the 1991 Pet Shop Boys tour Performance, which uses it to hilariously pretentious effect.
3. It seems a bit much crediting this single to Ocean Wisdom ft. Dizzee Rascal, when Dizzee does virtually all the work and Ocean (if that is his real name) just turns up for the second verse. Mind you, it's an impressive verse, to the extent that he's apparently offering a £500 cash prize to anyone who can match it.
4. Junior Brother is a recommendation from The Blindboy Podcast, but if I hadn't said that you probably could have worked it out anyway from the accent. Music that sounds on the brink of chaos until you listen to it carefully, and realise how meticulously constructed it is.
5. In my recent Edinburgh reviews, I expressed my disappointment at Baba Brinkman's new show for having too much lecturing and not enough rapping. His new album, See From Space - a collection of offcut tracks from the past few years with no overriding theme - turns out to be the perfect antidote to that complaint.
6. Yes, I know I said that I wasn't going to be including any more tracks from Crazy Ex-Girlfriend, but that was before the delayed release of the final season's soundtrack album, which reminded me of this song about re-introducing yourself to an ex after a messy breakup, and how it has one of the most attention-grabbing opening lines of the year.
7. I've had a think about it, and I've decided that Kate Tempest records work best when she's not attempting to match the beat with her words.
8. Still having a fine time with the new Lamb album, and although Lou Rhodes has a nice voice and all that, you do forget sometimes how wild their instrumentals can be.
9. You know how it happens: you stick on Lloyd Cole's 1988 album Mainstream and find yourself wondering what he's doing now. It turns out he's doing this. I'm amused by how, under the electropop trappings, it's still very much a Lloyd Cole song in its structure and style.
10. 'They say the gods are just a myth / Well, guess who I've been dancing with?' Somewhere in the 40 year span of The Waterboys' back catalogue, there's a song called The Pan Within. Mike Scott's chosen to follow that up belatedly on their latest record with this rather lovely thing, which is literally just a repeated four bar phrase overlaid with his reading of The Unexpected Bit from The Wind In The Willows.

Theatre: A Japanese language adaptation of Othello playing in a tiny theatre in August? That's so much on brand for us, it's almost a shock to learn that it wasn't happening in Edinburgh. ‎It turns out that The Shakespeare Company Japan were doing this at the Fringe as far back as 2000 - one of my years off, that's my excuse - so this summer they chose to bring it to London's Tara Theatre for a short run, which is now over. The twist in Ainu Othello, possibly spoiled by the title, is that here Othello is an Ainu: one of Japan's few remaining indigenous peoples, and traditionally the victims of Japanese racism for centuries. For Japanese audiences, this gives an extra local frisson to the feud between Iago and Othello: but for the rest of us, it has the odd side effect of removing the racial angle from the story, turning into a tale of pure gaslighting and revenge. The other imaginative touch is the use of Pirikap, a four-woman ensemble who provide a number of Ainu language song and dance interludes. If past form is anything to go by, The Shakespeare Company Japan should be bringing this production back to the UK in 2038, so look out for it then.

In the meantime, your Simian Substitute Site for September 2019 is Brass Monkey Ice Cream, a small chain of artisanal ice cream parlours located in Brighton. They admit themselves that they don't have much of a website, but to be honest I'm actually posting this from Brighton right now and that's why they're fresh in my mind. Most of what we've been doing here this weekend has been tied in with Brighton & Hove Beer Week, which is just in the process of winding down. In Hove, our main discoveries have been friendly pub The Westbourne, decent music bar The Brunswick (featuring two fine sets from Andy Roberts) and terrific gastropub The Urchin. Meanwhile, in Brighton itself, there was one-week-old brewery tap UnBarred, traditional craft boozer Brighton Beer Dispensary, and lovely seafront restaurant Murmur (not part of the Beer Week, though they did have a nice session IPA from Lost Pier on the menu).

In between all that (and sleeping it all off at Motel Schmotel) we needed to do something that wasn't beer related, and a mid-afternoon break with a couple of Brass Monkey's ice creams did the job just fine. It's beautifully textured ice cream with a range of unusual flavours - on the day, our favourite was tonka bean. Although to bring it all full circle, these days we're more commonly tasting tonka beans in Imperial Stouts...

Coming up in September: the final final wrapup for Edinburgh 2019, plus a bit more on our trip to Korea, and possibly even more Scottish festival action of one sort or another. Any chance of some comments from you lot in exchange?