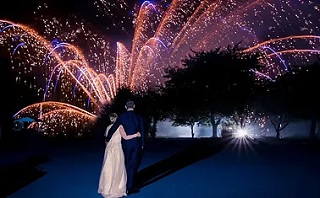 Music: At the Cadogan Hall in London at the start of the month, an audience largely made up of Japanese pensioners stared silently at comedian Yuriko Kotani for several excruciating seconds. Eventually she continued: "...so, no using the C word with this crowd. Got it." She hadn't been to a gig like this before, and neither had we: because Kotani was merely the opening act for an evening of 1960s Japanese pop classics rearranged in a jazz-funk style, performed by singer Naomi Suzuki backed by England's own James Taylor Quartet. It was part of the Japan-UK Season of Culture, a year-long cultural exchange of events bookended by Tokyo's hosting of the 2019 Rugby World Cup and the 2020 Olympics. I can't imagine any of the other events will be as delightfully odd as this one, with an audience of Japanese oldies nodding along blissfully to tunes they knew played to a rhythm they didn't. Having said that, the gig really took off once the JTQ launched into an instrumental that we all knew.

Telly: Two episodes in, and I'm still not sure what to make of the TV version of Watchmen. On the one hand, I'm amused by the act of ironic leagueofextraordinarygentrification it's performed on its source material: not so much imagining an alternative future for Alan Moore and Dave Gibbons' characters, but an alternative future for the world they lived in. (So far there only seems to be one character from the original comic in here, and even they've not been properly introduced yet.) On the other hand, showrunner Damon Lindelof still has the stink of Lost hanging off him, and it does make you wonder if that show was constructed in a similar way to this one: that somewhere, there's a book with a perfectly clear description of the events that led up to everyone being on that island, and Lost is a followup to it which references the original in the most oblique ways possible. There are some good parts to what he's done here (the replacement of 1980s nuke panic with 2010s race panic), and there are some bad parts (at Château Belated-Monkey we're particularly aggrieved by the overly quiet sound mix). At this stage, Watchmen's got a lot of mysterious ideas that don't quite mesh with each other: and with anyone else at the wheel, you'd be prepared to assume that they would all tie together eventually. But not Lindelof. I'll give him one or two more episodes tops, and then we'll see where we are after that.

Theatre: Theatre from 37 years ago that you'll never see again, admittedly, but still theatre. At some point conveniently close to Christmas, expect the release of a CD box set called Not All The Albums Again, a collection of the Not The Nine O'Clock News compilation records from the early eighties. Most of it's obviously grabbed straight from the soundtrack of the TV shows, but one of the records included here is an anomaly: it's the live recording of Not In Front Of The Audience, the spin-off stage show that the team performed at the Drury Lane Theatre in 1982. It's a combination of remixed old favourites (a whole new collection of racist slurs for Constable Savage, that sort of thing) and new material, and the highlight of the latter is a ten-minute musical called Laker!. Ostensibly the then-topical story of the rise and fall of Skytrain, it's actually a high-speed compilation of all the clichés of 1980s musical theatre. ("SHOUTING! We're standing here SHOUTING! It's very EXCITING! Just look at the LIGHTING!") Inspired by the news of its forthcoming re-release (not to mention its debut on CD), I listened to Laker! once for what must be the first time in a couple of decades, and now many of its tunes keep popping up in my head during my every waking hour. So now it's your turn.