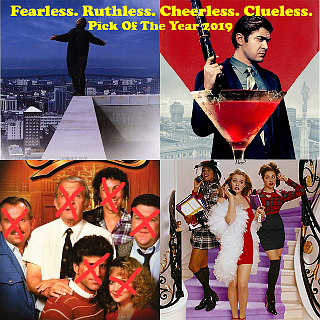 There used to be a tradition here on Christmas Day. I'd post up a video of a newish Christmas song - this year, for example, it probably would have been this not-safe-for-work-or-family-gatherings romp - wish you season's greetings from myself and The Belated Birthday Girl, and we'd be all done in time for lunch.

Some of you will remember that I didn't do that last year. And I rather enjoyed what I did instead, to be honest. So, in what the young people today will not be calling a 'surprise drop', here's a CD-R's worth of my favourite songs of 2019, along with the usual competition to win a copy of the CD for yourself. Assuming your name's Dave, obviously. Merry Christmas! 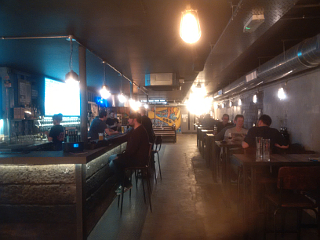 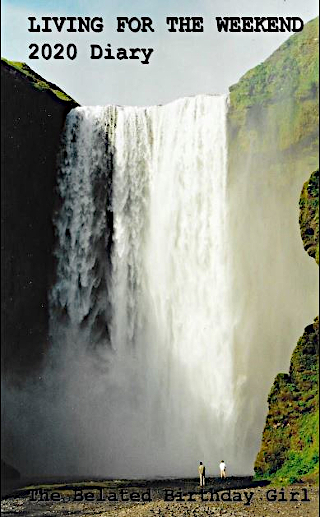 Continue reading "Living For The Weekend: A 2020 Diary By The BBG" » 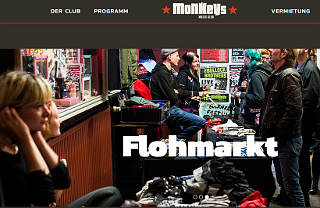 Movies: November's always a funny time for movie-going here at Château Belated-Monkey: all those films we saw at the LFF in October start appearing in cinemas, and it feels like the rest of the country is finally catching up with us. (We took a bunch of Spank's Pals along to Knives Out just the other day, for example, and are happy to report that it's one of those films that contains hidden bonuses for people who see it twice.) Mind you, we don't watch everything the LFF has to offer, so sometimes November sees us catching up with unseen festival movies that got unexpectedly good buzz. The Last Black Man In San Francisco is one of those, and you can sort of understand why: director Joe Talbot and cinematographer Adam Newport-Berra have between them assembled some of the most ravishing images you're going to see in a film this year. Having said that, every single one of those images is already in the trailer: the full-length film starts falling apart a little when you consider it as drama. Its two central characters - the dreamer played by Jimmie Falls, and the playwright played by Jonathan Majors - have an interestingly ambiguous chemistry, but we end up seeing everything through the lens of the playwright, meaning that all that glorious imagery is weighed down with overly theatrical plotting and dialogue. It's still worth seeing, on a large screen if possible, but it's frustrating in the way it hovers close to greatness without ever quite achieving it.

Music: It happens to us all in our twenties, I'd imagine: we get blind drunk one night, and wake up in bed next to someone unexpected. Except in my case, as I've previously documented, I woke up one Saturday morning to find I'd been sleeping with a box set of the Philip Glass opera Akhnaten, which I'd bought from Tower Records on the way home from the pub. David Freeman's original eighties production was the first opera I'd ever seen at the London Coliseum,  and I was very fond of it: so I'm not quite sure why I didn't rush to see Phelim McDermott's new production when it played at the same venue earlier this year. Happily, that production's now currently running at the Met in New York (closing on December 7th), and was recently the subject of a live broadcast to cinemas across the world. Having seen McDermott explain his relationship to Glass and his music in his lovely solo show Tao of Glass earlier this year, it's fascinating to see the techniques he uses to visualise the score: in particular, the chorus of jugglers whose repetitive rhythms match the ones we're hearing. (Commiserations to the juggler who ended up dropping a club in front of a global audience of some several hundred thousand, though.) The music and visuals are both extraordinary, and easily distract you from the fact that plotwise the opera could be synopsised on the back of a postage stamp. If your local cinema ends up doing an encore screening, you should go.

Theatre: "How are they going to do that on stage, exactly?" People never asked that question in the early days of theatre: the assumption was that traditional staging techniques and the complicit imagination of the audience would combine to allow you to depict anything you damn well liked. But as we got used to the realism of television and movies, we expected to have our visual images spoonfed to us, to the extent that we doubt what theatre's capable of. For example, if it could recreate the events of Touching The Void, the true story of Joe Simpson's quest to descend one of the world's most inhospitable mountains with no partner, no supplies and a broken leg. Director Tom Morris (younger brother of Chris, fact fans) and writer David Greig have come up with the perfect solution to that problem, one which the movie version of the story touched on a little bit - it's as much about the mental trauma Simpson went through as the physical trauma. The latter is recreated with imaginative use of props and a surprisingly versatile set, but the real focus here is the psychological stress of Simpson's ordeal, which is portrayed using some ingenious theatrical devices. Unlike the film, which goes out of its way to reassure you from the off that everything turned out just fine, there's a real tension in this staged version even if you do know the ending. It's on at the Duke of York's in London till February 29th, and is well worth a look.