Home Archives/Categories About Me RSS Feed Mailing List Email
Life As We Know It v2.0
Easter Parade 2: In Situ Boogaloo 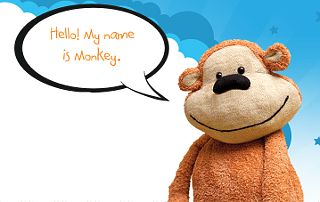 Art: So, everything's still fucked, then. Which makes March 2020 a very awkward month about which to write a list of artistic highlights. Still, I'll have a go, even though I've barely been out of the house since the 14th. It all started off so well on the 1st, when a bunch of Spank's Pals accompanied me to Dulwich Picture Gallery to see an exhibition of British Surrealism. It's a pleasingly broad selection of works, mainly focussed on the early years of the movement, but prepared to suggest names like Lewis Carroll as their forebears. The inevitable biggies are represented, along with plenty of people you haven't heard of: I'm particularly taken by the artist - I think it was Conroy Maddox, but couldn't swear to it - who took a pile of his 1960s paintings and redated them as 1930s purely as a prank on art historians. The DPG are hoping that the exhibition will continue once (if) normal service has been resumed: in the meantime, the British Surrealism webpage obligingly contains a stream of the audio guide to whet your appetite.

Movies: Technically, the last film I saw before the UK went into lockdown was The Invisible Man, which benefitted from a properly up-for-it Saturday night audience, all the way up to the young woman who yelled 'oh my days' whenever something surprising happened, which was often. But a few days earlier I caught another film on a one-night-only engagement: a concert movie snappily entitled Nick Mason's Saucerful Of Secrets: Live At The Roundhouse. Saucerful Of Secrets is a Pink Floyd tribute band with a twist - well, two twists. The first is that they only cover the band's music from 1967 to 1972, stopping just before the point where The Dark Side Of The Moon made them superstars: the second is that Pink Floyd's actual drummer is in the band. Visually, they're an odd bunch, dressed like five fund managers jamming on a Saturday afternoon: but musically is where it counts. The freak-out sections of the Floyd's psychedelic era are here a little too calculated for my liking, missing the buzz of genuine insanity that Syd Barrett brought to the band during his time there. But the songs are beautifully played, and it's nice to hear them again. Best of all, Mason doesn't look like a man who's going out on the road again in his seventies to top up his pension: he's having a tremendous amount of fun, and it shows. You won't see the film in cinemas again, while the home video and live album releases the screening was meant to promote appear to have slipped from April to September. Have a clip to make up for the disappointment.

Music: On the subject of live music, the last time I was in a room with loads of people watching a band getting loud and sweaty was Kodo: Legacy at the Royal Festival Hall. They've been bringing their traditional Japanese drums to London since the early eighties, and I've been seeing them here since the late eighties: by now, I know what to expect. Legacy is a little more retrospective than usual, taking some of Kodo's classic pieces - the lopsided swing of Miyake, or the whisper-to-a-scream onslaught of Monochrome - and letting a new generation of drummers loose on them. John Peel always used to describe The Fall as "always different, always the same," and that's how I'm happy to think about Kodo. Their European tour is over now, but while they're in lockdown they're amusing themselves with weekly live streams from their rehearsal studio, albeit ones which fail to maintain social distancing between the band members.

In the meantime, your Simian Substitute Site for April 2020 is Monkey Wellbeing. Because these days, why should kids be the only ones to have a cuddly monkey reassuring them that everything's going to turn out all right in the end?

What's coming up this month? Well, your guess is as good as mine. I've still got five pieces in the backlog from The Before Times, and may try to get some or all of them online if I get the chance. And it strikes me that as we're all desperately trying to find ways to amuse ourselves without leaving the safety of our homes, I probably should write something about how we're managing that at Château Belated-Monkey. But for now, we're just going to keep on keeping on, and I suggest that you do the same. Stay safe, everyone.