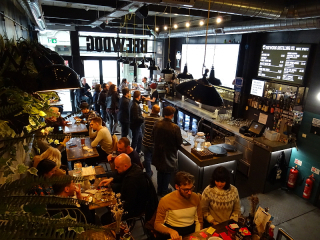 Happiness is A State of Mind: #JFTFP20 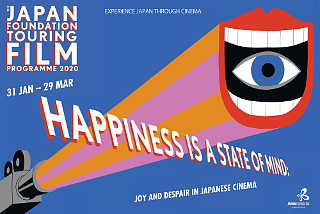 It's a difficult time to be thinking too hard about what'll happen in the future. But I suspect that whatever happens, in years to come we won't be hitting the Japan Foundation Touring Film Programme as heavily as we have been in the past. Obviously, I've no longer got access to the free screener discs I was sent when I was previewing the programme for MostlyFilm, and I can accept that: but the tickets for the public ICA screenings have been getting more and more expensive, and this year they weren't even doing the four-for-the-price-of-three deal they've had in previous years.

So this is why you're only going to be reading seven reviews from a programme containing twenty films. As for why you're reading them about three months after the tour finished, well, try looking out of the window.

Continue reading "Happiness is A State of Mind: #JFTFP20" »

The British Animation Awards started in 1996. Every two years since then, there's been a ceremony dishing out gongs to the finest animated films, short and long, that have been produced in this country. For me, the most interesting part of the awards is the Public Choice. A set of three programmes of animated shorts is sent around the cinemas of this nation, audiences vote on them, and the ones with the most votes take away prizes. As huge-budget commercials rub shoulders with zero-budget student films, the Public Choice is a great way for casual punters like myself to get a crash course in the current state of the art.

My first Public Choice was back in 2006, where the perfect storm of a period of unemployment and the installation of home broadband made it a good time to rekindle my interest in animated shorts. I provided a full-page report about it here, and did the same in 2008 and 2010, by which time the ubiquity of YouTube made it much easier to provide links to all the films. The decadent years of my BAA reporting were 2012 (three pages) and 2014 (also three), after which an awkward thing happened: the London screenings dropped from two at BFI Southbank to one at the Regent Street Cinema. Basically, if you couldn't make the specific date for a programme, you missed it. As a result, I only saw one of the Public Choice programmes in 2016, and none whatsoever in 2018.

But now it's 2020, and we're back, baby! Don't worry, the decadent years are over, and I'm going back to the review format I've described in a previous bi-year as 'insultingly brief'. It's the only way to go when you've got 58 short films to write about, which you originally saw back in February, and have left it so late to expand your notes that the awards have already been decided and handed out. (Not to mention how all the cinemas have since been closed down.) It's easiest to organise this by focussing on each of the three Public Choice programmes in turn, so let's do that. As it's taken most of the last four months to look up all the film and animator links, maybe you should click on some of those while you're here. 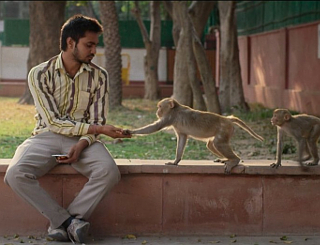 MONTH END PROCESSING FOR MAY 2020

Art: You remember how it used to work: you'd get up earlier than usual on a Sunday morning, have breakfast, then go out to a gallery and stare at some art until the pubs were ready for you. You can't do all of that at the moment, but the National Portrait Gallery has given you an alternative way of simulating the penultimate bit of that activity. Normally at this time of year they'd be holding their annual BP Portrait Award exhibition: and they still are, but just doing it online. The interface is quite fun: it's a 3-D walkaround model of the pictures hanging as they would in the meatspace gallery, and you can click on each picture to see it bigger and read more about it. It's not perfect - there's a wall in the middle of the room that's been rendered as a white void with a few portraits hidden inside it - but it's a neat solution to the problem. As for the portraits themselves, the photorealistic ones come off worst in this arrangement: without any real sense of the texture, you end up mentally filing the image under 'photo' and moving on to the next one. But there are some lovely entries in here, and if you don't agree with the verdict of the judges you can always vote for your own favourite.

Radio: You get the feeling that at some point between 2014 and 2019, someone at the BBC listened to Serial and said "can we have one of those?" And that's why the podcast The Missing Cryptoqueen turned up on BBC Sounds in 2019, although it's taken a global pandemic and six weeks of furlough to finally give me the incentive to listen to it. Over the course of eight episodes, Jamie Bartlett tells the story of Dr Ruja Ignatova, the inventor of a wildly popular cryptocurrency system that inevitably wasn't all it was cracked up to be. Cryptoqueen takes all of the tropes we remember from Serial, and uses them in an appreciably more hamfisted fashion. There's a host whose personality intrudes all over the story they're trying to tell - Bartlett even gets Sarah Koenig's trademark '[long pause] huh! [long pause]' noise in there several times. There's massive amounts of overproduction, notably a musical score that's layered randomly over everything, but refuses to contain anything as old-fashioned as a recognisable theme tune. And there's a narrative structure that sets up an implied question - where has Ignatova disappeared to? - and then takes several hours to meander towards an anti-climax. You can see how podcasts could escalate in popularity in times like these, but better ones are available.

Theatre: We've seen a surprising amount of theatre this month, primarily because lots of theatre organisations have rapidly embraced online video as a way of keeping people entertained while generating a much-needed revenue stream. Edinburgh's Traverse Theatre has taken the most impressive approach: when their world premiere of the new Rona Munro play Donny's Brain had to be cancelled, the writer, director and cast quickly put together an unrelated series of monologues filmed in the actors' homes under lockdown conditions. Five From Inside is a little variable in quality, as you'd expect a series of monologues to be: but the sequenced YouTube playlist shows that everyone concerned realised that the first and last ones were the best, as they're less character sketches and more slow reveals of subtext. The other two plays we've watched this month have been old productions reviving a previously broadcast live stream. Hampstead Theatre brought back #aiww: The Arrest Of Ai Weiwei, in which Howard Brenton ingeniously depicts the low point of the artist's life as a piece of installation art in its own right: it's helped by a lovely performance by Benedict Wong in the lead. Finally, Complicite's The Encounter is a rebroadcast of Simon McBurney's one-man telling of the true story of a rainforest expedition, given extra psychedelic force by its use of binaural sound to immerse you in the production at the aural level, if not the visual level. Sadly, all three of these were online for a limited time only and are now offline: try visiting this Ticketmaster page every so often to find out about other similar productions that might be on the way.